"Thank you baby." So said a grateful Alex Rodriguez on Instagram after Jennifer Lopez gifted him a blue and silver Audemars Piguet Royal Oak chronograph watch for Valentine's Day. Page Six reports J.Lo plunked down a whopping a $24,300 for her man's new accessory and presented it to him while the couple of two years enjoyed the holiday with her twins, Max and Emme, and his daughters, Natasha and Ella, at A-Rod's home in Coral Gables, Florida. Judging from Jennifer's last Instagram post on V-Day, the lovebirds also took time to indulge in the spirit of the holiday with coffee and plenty of side-by-side loungin'. "We'll be here… 💕❤️," J.Lo captioned a shot of the two in bed. "So much love to give today and everyday!!!" she added. "Happy Valentine's Day everyone."

Like most things in life, football fandom can, in fact, be taken too far — and it sounds like Boston native Ben Affleck may be a case in point. During his Thursday, Feb. 14, appearance on "Jimmy Kimmel Live," Ben made two revelations: First, he confirmed he'll no longer play Batman. He then confirmed that his love for the New England Patriots is so intense it's starting to creep out his ex, Jennifer Garner. While sharing a story about taking his kids to a Patriots game and what that means to someone from Boston, the actor said that he was "giving them the whole history" of his hometown's sports teams when his son, Samuel interjected to say, "Dad, you're from Boston, I'm from L.A.," according to E! News. It basically stunned him. "I had like a full existential crisis," Ben admitted. "I failed, I'm a bad father. This is a disaster." To remedy the situation, Ben had some buddies from Boston come over and help redecorate Samuel's room, "To help him really understand like where he comes from, if not literally, then at least spiritually," as Ben put it. He then shared photos of the results, which included a massive football slide and a seat made to look like Tom Brady's helmet-clad head. "That's a chair, you sit in that, that is Tom Brady," Ben said of the Patriots quarterback homage. "You know," he added, "my ex-wife thinks it's creepy."Jimmy had to side with Jen on that one. "It is creepy," Jimmy said. Left with few transition alternatives, the late night host continued, "So your son sits in [Tom Brady's] disembodied head …" (We would have asked if the giant football slide came with a deflating button but that's just us.)

Lea Michele's wedding is going full "Glee" style! Like her former costar, Becca Tobin, whose wedding was officiated by Jane Lynch, Lea's asked a member of her "Glee" family to officiate the ceremony when she and Zandy Reich tie the knot. The actress and singer shared the news, along with a few other wedding updates, with Brides.com on Wednesday, Feb. 13. Becca and Lea's friend and tour mate, Darren Criss, are both set to attend the festivities, and her onscreen hubby Jonathan Groff will serve as Lea's maid of honor. She also said she hopes Darren performs at the wedding since she's performing at his. The couple have not yet picked a date or location, Lea said.

Leave it to Chrissy Teigen to inject a little friendly sarcasm into even the most romantic Valentine's Day plans. When Chrissy's pal Kim Kardashian West began sharing posts of Kanye West's sweet V-Day gift — a surprise, in-house solo performance by Kenny G, who serenaded Kim while standing amid rows of single roses in small vases –Chrissy jumped in with some very reasonable questions. "Did Kenny have to stand there while the flowers were being set up?" she asked. "How did he get out? we need more info on kenny!!!" People points out that while Kim didn't tweet back to Chrissy with the requested info, a post on the reality star's Instagram Story showed that there was a path through the flowers so Kenny was not actually trapped in Valentine's land.

Hailey Baldwin admits it's 'scary' to be 22 'and married'

Hailey Bieber's life has changed dramatically since she married Justin Bieber, and as she told her friend Kendall Jenner on "Zaza World" this week, she's still getting used to it. "It's definitely scary to be this young and be married," the 22-year-old said, according to Us Weekly. "I think the forever aspect for me is just like, you don't think about that until you get married. And then you're like, OK, this is really, like, this is forever. Meaning, like, there is no end." Adding that she "was never really in any serious relationships" before Justin, she marveled at what it meant to be "going from there to that, to that — to married." She continued: "I've always been so independent. So for me, trying to cohabitate with someone and learn how to, like, do life with another person, that directly has just been interesting. It's so different. When you're single you literally don't have to think about anything else. You think about your family, because it's your family. And you know, you love them. You think about your parents, siblings, whatever … But I think that's also what it's like when you're in a serious relationship … You have to consider another person. It's a scary thing, but it's also the person that I've literally been in love with for so many years. So, that's the best part about it. Like, I feel like he's my best friend. And we just get to do life together forever, now." Ultimately, she said the "the only thing that changes is you've just made a commitment." Hailey also touched on the "negative things" that she and Justin are still trying to "work through." Justin recently admitted he went through a period of severe anxiety and depression during which he abused Xanax, because, as he described it, the "drugs put a screen between me and what I was doing."

$300M lawsuit against Miley Cyrus gets a green light to proceed

A $300 million lawsuit against Miley Cyrus over her song, "We Can't Stop" will move forward after a judge ruled the plaintiff, Michael May (aka Flourgon), has a valid reason to question the similarities between her track and his 1998 hit, "We Run Things." Documents excerpted by The Blast show May noticed both songs feature "defiant audaciousness in the realm of self-discovery and self-governance," at least one similar, main lyric and an "urban or Caribbean" feel. In addition to dismissing Miley's request to have the suit tossed, the judge warned May he can only go after Miley for damages beginning three years before May filed against her.

Netflix and Hulu may soon have material for a sequel to their Fyre Festival documentaries. It seems Ja Rule has a similar large-scale music event in the works, hopefully without the fraud, corruption and confusion that left ticket buyers stranded on a beach with no live music, no running water, nowhere to sleep and no way home. [Fyre] is the most iconic festival that never was. I have plans to create the iconic music festival, but you didn't hear it from me," the rapper told TMZ. "[Fyre Festival] is heartbreaking to me. It was something that I really, really wanted to be special and amazing, and it just didn't turn out that way, but you know in the midst of chaos there's opportunity, so I'm working on a lot of new things." He went on to say he's working on an app similar to the Fyre app created by his festival partner, Billy McFarland, who's now in prison. "I've got my new platform, Icon, rebranded and rebuilt and it's an amazing platform. It's for artists," Ja Rule said. "It is kind of similar to what the [Fyre] app was, but you have to understand the app was separate from the festival. Different teams working on the app than the festival and the whole nine."

Eliza Dushku and Peter Palandjian are expecting their first child

Congrats are in order for Eliza Dushku and her husband, Peter Palandjian! The "Buffy the Vampire Slayer" alum confirmed this week they're expecting their first child. "We're just very excited. We just got married in August. It's a special year for us," she told E! News at a screening of her new documentary, "Mapplethorpe." The baby and film aren't the only new additions to the 28-year-old's life, either. She's about to begin her final year of studying holistic healing, addiction and trauma at Suffolk University. "I'm newly married and I'm just so excited about this next chapter in my life," she said. "You know, I've been acting since I was 9-years-old and I'm sort of finding these new things that I'm really excited about. It's been a big year but a great year."

On her new album, "Head Above Water," Avril Lavigne sings repeatedly about finding love after loss. It's a theme that's close to the singer's heart, according to People. "I believe in love," Avril says when asked if she'd give marriage a third try after divorcing Sum 41's Deryck Whibley and Nickelback singer Chad Kroeger. "Of course," she says, adding, "I don't really care so much about that; I just care about being in a healthy relationship and just being happy." Though she said she'd rather not discuss her current dating life — she's been linked to Philip Sarofim, the son of a Texas billionaire, for almost a year now — she did say she's stayed pals with her second ex. "Chad and I are super close," Avril shared. "I'm really grateful to have had someone like him in my life."

If "RBG" wins an Oscar for Best Documentary at the Academy Awards on Feb. 24, its star, Ruth Bader Ginsburg, will be well aware of the support she has in Hollywood. THR reports Julie Cohen and Betsy West, who made the film about the Supreme Court justice, spent months having attendees at the industry's biggest awards ceremonies sign a "get well soon" card for Ginsburg, who for the first time in her tenure on the bench has missed work while recovering from lung cancer surgery. "You are our grand reminder to use voice + fight for truth," wrote Laura Dern, according to the website. Other celebs who signed the card include Lady Gaga, Spike Lee, Glenn Close, Stephen Spielberg, Amy Adams, Ron Howard, Bradley Cooper, Ted Danson, Helen Mirren, Stephen Colbert and Meredith Vieira. "We know RBG is a huge movie buff — from big Hollywood epics to small indie films — so we thought she'd get a kick out of a get well card from some of the biggest names in the film world," the filmmakers told THR in a statement. The card was reportedly overnighted to Ginsburg on Valentine's Day. 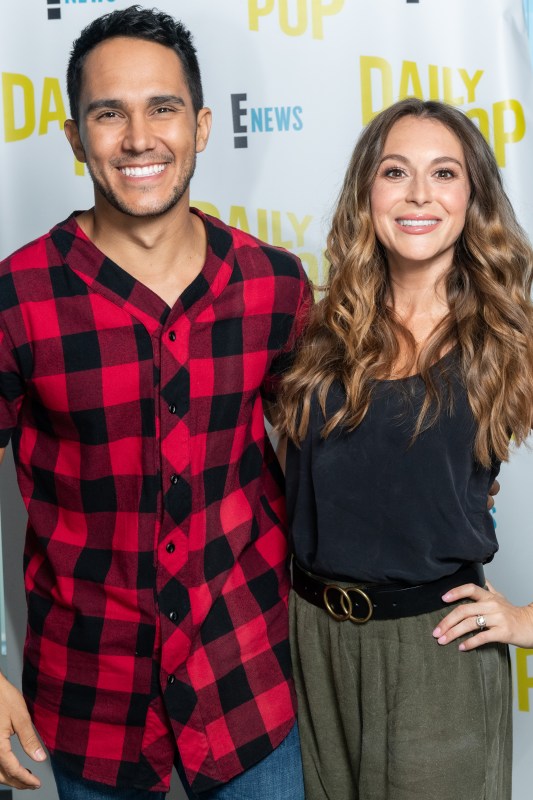