With a career that's taken her from Fly Girl to A-List superstar, there's no denying that Jennifer Lopez is a force to be reckoned with. From being ranked the most powerful celebrity in the world by Forbes in 2012 to being among Time's 100 most influential people in the world in 2018, the lady we love to call J.Lo has built herself quite an empire. In honor of her 50th birthday on July 24, 2019, Wonderwall.com is taking a look at the business of being Ms. Jennifer Lopez!

The first realm Jennifer Lopez conquered? The world of dance! She started out as a backup dancer for the boy band New Kids on the Block back in 1991 at age 22, parlaying that into an eventual gig as a Fly Girl on "In Living Color." Her dance roots came full circle in 2016 when she started executive producing and judging the dance competition series "World of Dance" on NBC.

Next, Jennifer Lopez set her sights on the acting world, picking up small parts before landing her big break in "Selena." The 1997 film brought the life of the late Mexican superstar to the big screen, with Jennifer signing on to portray the singer. The role netted her a reported $1 million salary, which also made her the highest paid Hispanic actress in history at the time. Breaking barriers!

Time to tackle the music industry! In May 1999, Jennifer Lopez released her first single, "If You Had My Love." The song topped the Billboard Hot 100 chart for five weeks and quickly went platinum. Her album "On the 6" followed that June and sold more than 8 million copies worldwide.

The business of making headlines? Jennifer Lopez could teach a course on that one — starting with her legendary red carpet moment at the 2000 Grammy Awards. Though she was nominated for her first Grammy that night (for best dance recording for "Waiting for Tonight"), the only thing people were talking about the next day was her iconic dress. The green palm-print Versace gown, which featured a plunging neckline that went past her belly button, garnered an insane amount of press, with onlookers marveling at just how much skin the star showed at the big event. The dress was the reason Google Image Search was even invented! The executive chairman of Google told Project Syndicate that it was the "most popular search query" they'd ever seen, resulting in the then-relatively new company creating an image search function.

One week in February 2001, Jennifer Lopez set a record that no one has been able to beat since! The star simultaneously had the No. 1 album (her second studio release, "J.Lo") and the No. 1 movie at the box office ("The Wedding Planner), which showed off her ability to dominate two realms at once. She earned a reported $9 million for her work in the rom-com, propelling her to the ranks of the highest paid women in Hollywood.

Not everything Jennifer Lopez touches turns to gold! Jennifer moved into the world of fashion in 2001 with her very first clothing line, "J.Lo by Jennifer Lopez." She partnered up with Tommy Hilfiger's brother Andy for the venture, forming Sweetface Fashion. The line was ultimately a bust and ended in 2007. Jennifer called it the biggest disappointment of her career, telling The New York Times, "I felt like I was trapped in a situation I couldn't get out of, and my name was stamped on things that I didn't believe in."

April 2002 saw Jennifer Lopez move into the restaurant business when she opened Madre's in Pasadena, California. Her eatery, which served up Latin-inspired cuisine, eventually closed in the summer of 2008 but had a good run compared to most celebrity-owned eateries.

A foray into fragrance! Glow by JLo was Jennifer Lopez's first perfume, but certainly not her last! Released in September 2002, it featured notes of orange, vanilla and jasmine. She followed it up the next year with Still Jennifer Lopez, which was named the celebrity fragrance of the year at the Fragrance Foundation's FiFi Awards. Collectively, these two scents earned more than $300 million in 2003.

Jennifer Lopez paired up with real-life boyfriend Ben Affleck for 2003's "Gigli." She earned a record-breaking $12 million for the role, but the film bombed at the box office big-time. It's largely considered to be one of the worst films of all time, but ultimately, it didn't make a dent in J.Lo's shiny career.

The 2006 film "El Cantante" not only starred Jennifer Lopez and then-husband Marc Anthony — it was the first project from her production company, Nuyorican Productions. The company would also go on to produce television shows like the police drama "Shades of Blue," "The Fosters" and J.Lo's dance competition show, "World of Dance."

Giving back! Jennifer Lopez served as the honorary chairwoman of the March of Dimes' March for Babies in Miami in 2009 and launched her own nonprofit, the Lopez Family Foundation, that same year. Her charity's goal is to "increase the availability of quality health care and health education for women and children, regardless of their ability to pay."

In early 2010, Jennifer Lopez ventured into hair care, partnering with L'Oreal Paris in a multimillion-dollar deal. She took on a role as the company's global ambassador and served as the face of the EverSleek line in ads and TV spots.

Another perfume! Jennifer Lopez released her third scent for women, Love and Glamour, in September 2010. This perfume smelled of guava, coconut and orange blossom.

2010 also saw Jennifer Lopez sign a lucrative deal to serve as a judge on "American Idol." The superstar commanded a $12 million payday as she was paired with fellow judges Randy Jackson and Steven Tyler for the show's 10th season, which debuted in early 2011.

Never a quitter, Jennifer Lopez returned to the fashion world in 2010, this time partnering with the department store Kohl's. It originally started as a joint venture with then-husband Marc Anthony but split into separate brands after their split. This time, things in the clothing business were much more successful for J.Lo. Her line at Kohl's continues to be one of the store's best-sellers to this day and has since expanded into jewelry and accessories.

Following her work with L'Oreal, Jennifer Lopez signed on to be Gillette Venus' first Global Ambassador in 2011. This included starring in the brand's marketing campaigns and giving a J.Lo twist to its theme song.

January 2012 also marked the debut of Jennifer Lopez's other television project, the talent show "Q'Viva! The Chosen" on Univision. She teamed up with then-estranged husband Marc Anthony — they'd split in 2011 — to travel throughout Latin American and find talent for a Las Vegas show. It was canceled after just six episodes.

Not to be confused with Glow by JLo, Glowing by JLo hit shelves in May 2012. The perfume, which was Jennifer Lopez's fourth fragrance for women, was sold in an illuminated bottle and featured notes of bergamot, cypress and sandalwood.

Television, movies and… a worldwide concert tour?! That's just the business of being J.Lo! In June 2012, Jennifer Lopez launched her "Dance Again" world tour, which happened to be her first-ever solo headlining tour.

With everything she had going on in 2012, it's hard to believe Jennifer Lopez also managed to put out a greatest hits album that same year! "Dance Again… the Hits" was released that July.

Jennifer Lopez… working in the world of cellphones? Yep, she dabbled in that industry too in 2013 when she served as the CEO of a division of Verizon called Viva Movil. The cellular service and accessories arm was meant to cater to the Hispanic-American community.

Back to "American Idol"! Jennifer Lopez headed back to "Idol" for Season 13 in 2013 after taking a break during Season 12. This time, she commanded a reported salary of $17.5 million, helping make her the fifth-highest paid woman in music that year with $45 million in earnings overall. The season debuted in January 2014 with Jennifer serving as a judge alongside newcomers Keith Urban and Harry Connick Jr.

Books too?! Jennifer Lopez penned a memoir, "True Love," which debuted at No. 5 on the nonfiction best-seller list in 2014.

2014 saw Jennifer Lopez earn the title of icon. She received the Icon Award at the Billboard Music Awards that year — becoming the first woman to ever receive the honor!

By 2015, there weren't many industries left for Jennifer Lopez to get involved in, but she managed to find one! She started a wellness brand, BodyLab, a company that created protein blends while also doling out recipes and workout ideas for women. Those who attempted the company's weight-loss challenge had the chance to win a trip to meet J.Lo herself in New York.

2015 saw Jennifer Lopez earn $28.5 million, largely due to her signing on to judge the final season of FOX's "American Idol."

Viva Las Vegas! Jennifer Lopez started a residency at Planet Hollywood in Las Vegas in January 2016. "Jennifer Lopez: All I Have" was the most successful Sin City residency that year with gross earnings of $34.6 million.

Back to fashion! In 2016, Jennifer Lopez teamed up with iconic shoe designer Giuseppe Zanotti for a capsule collection of both shoes and jewelry. The line was sold at high-end department stores like Bergdorf Goodman, Saks Fifth Avenue and Neiman Marcus beginning in January 2017.

You can't be a mogul without delving into real estate! Jennifer Lopez has proven this time and again, but the most recent example was in October 2017 when she listed her two-story Manhattan penthouse for $27 million. Prior to that, she'd listed her Hidden Hills, California, home for $17 million in January 2015. In 2016, she purchased Sela Ward's eight-acre Bel Air estate for $28 million.

By 2018, the question had become, What hasn't J. Lo done? The answer — cosmetics! She ventured into that facet of the beauty market in April. Jennifer Lopez created a collection with Inglot Cosmetics that's comprised of 70 pieces ranging from contouring powders to lip products.

In September 2018, Jennifer Lopez wrapped up her Las Vegas residency, "Jennifer Lopez: All I Have." The critically acclaimed concert series grossed more than $100 million over two and a half years. Cashy!

Three months later, Jennifer Lopez starred in and produced the comedy film "Second Act," which follows a woman in her 40s who gets a second chance at a corporate career after a friend fakes her resume and credentials. The rom-com was a box office success, grossing over $72 million on a $16 million budget.

Jennifer Lopez kicked off 2019 with another major launch. In March, she and fiance Alex Rodriguez released a collection of sunglasses, Quay x JLo and Quay x ARod, with the brand Quay Australia.

Jennifer Lopez decided to celebrate her 50th birthday with — what else — a superstar tour! The singer-actress began her It's My Party Tour in June 2019. The concert series is scheduled to end in August. 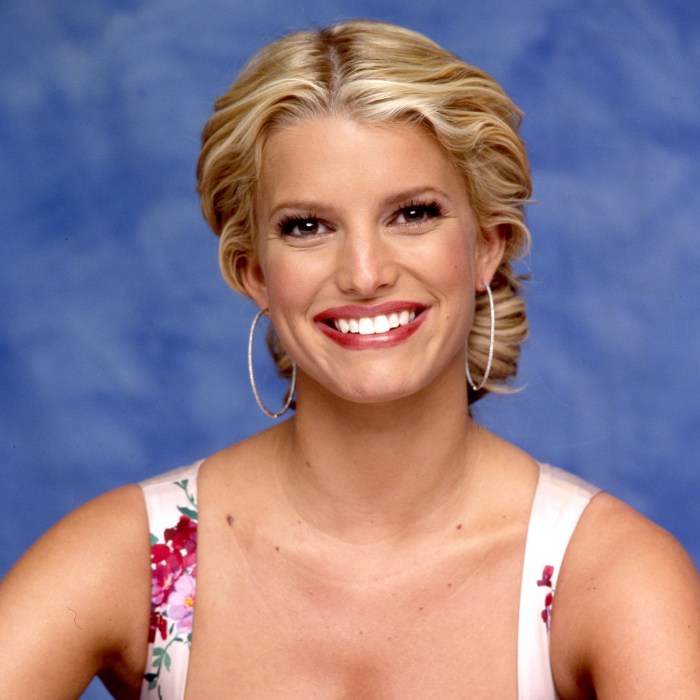