Ryan Reynolds is in the doghouse with Blake Lively

Allow us to give you a pointer on marital bliss, Ryan Reynolds: Don't compare your wife's cooking skills to those of your buddy, even if — particularly if — they're both great cooks. In a recent appearance on "Good Morning America," Ryan was chatting about his friendship with his "Life" costar Jake Gyllenhaal and it came up that both Jake and Blake Lively are culinary stars in their downtime. "My wife is very good at cooking," Ryan said, "and Jake might just be a little bit better." The assertion prompted E! News to ask the question we were all wondering after "GMA:" Dude, how'd that go for you when you got home? "Funny enough, I'm actually living right now in an actual dog house," Ryan joked during a joint interview with Jake. "Baxter is usually staying in there, but he's moved out for now. He's been upgraded to the main bed. I wasn't totally in the dog house because they get competitive with the cooking. They're both incredibly accomplished chefs." Jake noted, "It's exactly like 'Chopped.'" The reporter then asked Jake what glowing compliment he might want to give Ryan in return. "What's super frustrating to me, I've been asked this a couple times, then someone throws me out in the deep water. 'Just say something nice about him!,'" Jake said, wincing. "First of all, no matter what I say I'm going to sound like I'm not telling the truth." After a beat, he came up with something. "Have you seen the guy's calves?" he asked. "His Achilles and his calves are unmatched."

Is Leonardo DiCaprio finally ready to settle down? Eh, probably not just yet. GossipCop has dismissed a report from Naughty Gossip that the actor is engaged to model Nina Agdal, whom he started dating last summer. The false story comes on the heels of photos showing Leo and Nina enjoying a stroll through New York's Central Park while holding hands. If Leo looked extra happy, it may have been because he's planning to open a new bar in the city's East Village section with nightclub veteran Richie Akiva, according to the New York Post.

Breaking up with Katy Perry hasn't left Orlando Bloom without a beach companion. The actor appears to be spending time in the Caribbean with friends including Australian model Kristy Hinze and her billionaire husband, James Clarke, according to the Daily Mail. Along with a fourth friend — an unidentified, bikini clad dark-haired woman who sat next to the actor when he wasn't in the water — Orlando swam with his friends in St. Barts on Monday, March 20, hopping on a paddleboard at one point, perhaps to prove to lurking shutterbugs that he learned his lesson about paddleboarding in his birthday suit in the presence of a lady. No word on whether the fourth companion he appeared to be hanging out with was someone special, but the Mail points out he left a party in Los Angeles last week with "a pretty brunette" in the front seat of his car.

During a break-in at her home over the weekend, Jamie Pressly lost more than $30,000. According to TMZ, the actress also lost a .38 caliber gun — and the safe in which she was keeping it. The website reports the burglar or burglars got in thorugh a window they seem to have broken. Jamie's alarm system was reportedly not on.

Lena Dunham: 'My weight loss isn't a triumph' or 'a sign I've given in to trolls'

After appearing on a red carpet at the opening of her trainer, Tracy Anderson's new studio, a wave of headlines noted Lena Dunham had lost weight. Among the nasty ones was Perez Hilton's "nice to see her trying." Refinery29's headline took a different tact, making the case for why "People need to stop talking about Lena Dunham's weight." Lena was grateful for the story and thanked Refinery29 on Instagram this week, pointing out ways in which she's "made it pretty clear over the years that I don't give even the tiniest of s—- what anyone else feels about my body" and saying she's "accepted that my body is an ever changing organism, not a fixed entity." She continued: "I smile just as wide no matter my current size because I'm proud of what this body has seen and done and represented. Chronic illness sufferer. Body-shaming vigilante. Sexual assault survivor. Raging hottie. Just like all of YOU. Right now I'm struggling to control my endometriosis through a healthy diet and exercise. So my weight loss isn't a triumph and it also isn't some sign I've finally given in to the voices of trolls. Because my body belongs to ME–at every phase, in every iteration, and whatever I'm doing with it, I'm not handing in my feminist card to anyone." Thanking Ashley Graham for writing about similar issues for Lena's Lenny letter, as well as Tracy, she asked why the world wasn't more concerned with more serious matters. She closed by sending love to her "web friends who demand that life be more than a daily weigh in, who know their merit has nothing to do with their size, who fight to be seen and heard and accepted." 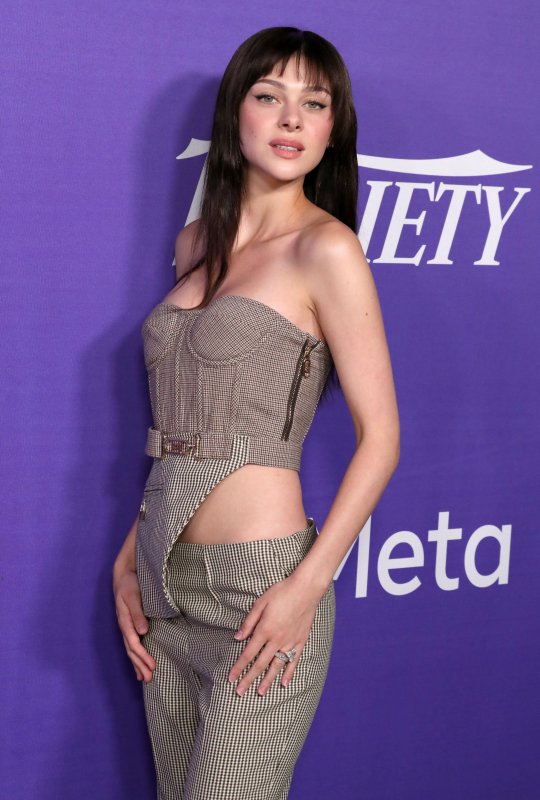