Time for a change! Kylie Jenner ditched her long hair this week and showed off a new, black bob on Snapchat. "The gag is….I had to cut off all my hair today," she said in a video shot from the passenger seat of a car. At one point in the video, the 19-year-old offers viewers a closeup of a tiny section of hair that apparently missed the dye. "My hair is still blonde," Kylie joked. "I first dyed my hair when I was 16," she said two years ago on thekyliejenner.com (via Us Weekly). "I dyed it blue, and I never even asked my mom. After that, I've just had this addiction to changing my hair. It makes me feel like a new person. I love feeling different, and I love leaving the house knowing that nobody has ever seen me this way."

Brad Pitt saves balloons for his kids after party

After dodging the spotlight in the months that followed his September split from Angelina Jolie, Brad Pitt has been stepping out in public more frequently in the new year, with appearances at a charity event and the Golden Globes. On Wednesday, Jan. 18, he reportedly hosted a small get-together at Hotel Casa Del Mar in Santa Monica, California, where a source told Us Weekly the actor "had an intimate party in one of the rooms." The source said Brad "spent the night at the hotel and left in the morning with a big gold and white balloon arrangement that he wanted to take home for his kids." Brad, who owns a winery in the south of France with Angelina, also reportedly got some help from a bodyguard with what appeared to have been leftover wine from the party. "They brought out a few bottles of red wine and Perrier-Jouet champagne and loaded it into Brad's car in the morning as he was leaving. He was very private and exited out the side door of the hotel," said the insider. Other sources have told Us Brad's been focused on "clean living and eating right" since the split. "He's exercising," said another source. "He's been outdoors a lot, hiking and walking. He's had a lot of time to focus on himself."

After attending the Women's March in Los Angeles over the weekend, Kerry Washington headed to the Sundance Film Festival to speak at the Women in Film Brunch event. The New York Post reports she told attendees progress in realms of gender equality will require "courage on all of our parts." The "Scandal" star also pointed out the necessity of including professionals from traditionally underrepresented communities in the industry's decision making situations. "Sometimes the people who are in charge of those rooms, they want us to feel lucky to be in the room. And we are because we're all really blessed to be doing what we do … but that doesn't mean that I don't get to bring other people with me," she said. "Being alone in the room is exhausting … you feel like you have to stand up for the entire gender or race." Kerry added that "all" women need to start showing support for other women going forward.

There's a new man in Amy Poehler's life, according to Us Weekly. The tab reports Amy's been quietly involved with intellectual property and patent lawyer Benjamin Graf for some time, citing a hike the couple shared in May of last year and the first indication a relationship had begun. Based in New York, Benjamin currently works as an associate at Merchant & Gould. Amy, who ended a two-year relationship with Nick Kroll in 2013 and ended her nine-year marriage to Will Arnett in 2012, returns to Camp Firewood in "Wet Hot American Summer: 10 Years Later" in 2017.

Sweet, hot alien love? Jenna Dewan shared a Snapchat video on Monday, Jan. 23, that showed a purple, extra-terrestrial version of her with her main squeeze, Channing Tatum, in bed together. "I've always been a very sexual person," she recently told Cosmopolitan (via ET). "Something about being a dancer connects you to your physical body. It's primal, earthy, sexual energy by nature. You feel your body in a certain way. Channing is very much the same way. He's very in tune with that."

Beyonce reflects on learning about beauty and strength from her mom

There's one person for whom Beyonce seems happy to put aside her distaste for press and interviews: Her mom, Tina Knowles. In a new feature, the New York Times looks at Tina's role as "the matriarch" who helped develop and define two of the biggest albums of 2016: Bey's "Lemonade," and her sister Solange Knowles' "A Seat the Table." The way Bey sees it, she and her sister learned about beauty and femininity, both of which play central roles in their new albums, by paying attention to the art their mom collected. "I think it was important to my mother to surround us with positive, powerful, strong images of African and African-American art so that we could reflect and see ourselves in them," Beyonce said in an email. "My mother has always been invested in making women feel beautiful, whether it was through someone sitting in her hair chair or making a prom dress for one of the girls at church. And her art collection always told the stories of women wanting to do the same."

Solidarity with those involved in the Women's March takes many forms. For Ewan McGregor, whose daughter participated in the historic protest over the weekend, standing up for the ideals of equality promoted by marchers meant refusing an interview with Piers Morgan, who posted a series of sarcastic, negative tweets about the march. On Tuesday,Jan. 24, Ewan was scheduled to appear on "Good Morning Britain," but he changed his mind at the last minute. "Was going on Good Morning Britain, didn't realise @piersmorgan was host," he explained on Twitter (via GossipCop). "Won't go on with him after his comments about #WomensMarch." While Piers responded by dissing the actor, others in Hollywood spoke up in Ewan's defense. "Bravo Ewan. Standing right there with you," wrote Patrick Stewart. "Good man Ewan. I back you 100%," Vincent D'Onofrio wrote. "You are an incredible human being," Jessica Chastain tweeted. "Thank you for your support of #WomensMarch and women all over the world."

The president may think Meryl Streep is "overrated," but it appears the Academy would beg to disagree. JustJared reports the 67-year-old actress broke the record for most Oscar nominations earned by one performer — a record she herself set. Meryl's twentieth nomination comes for her performance in "Florence Foster Jenkins," for which she was nominated Best Actress in a Leading Role. 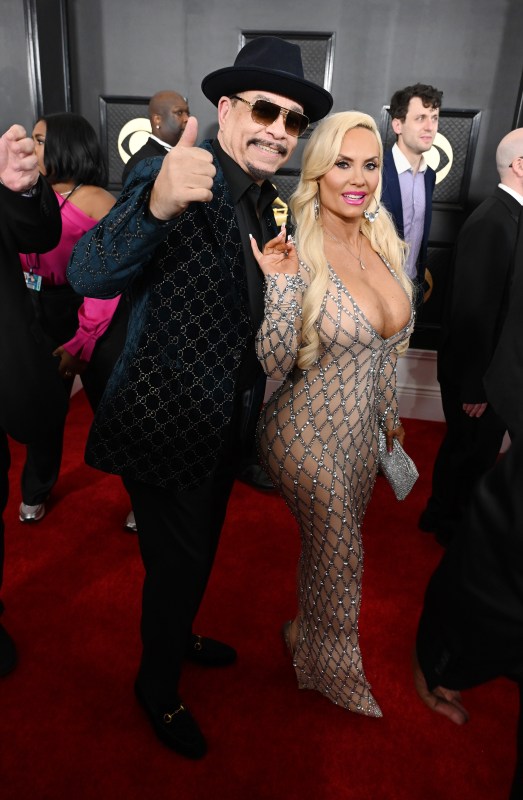 Up Next Understanding man