Rumors that Mariah Carey's boyfriend, backup dancer Bryan Tanaka, is managing her daily business affairs may have been premature. According to the New York Post, Mariah hired Bryan as her new creative director in the wake of her move to axe her former manager Stella Bulochnikov. She reportedly headed toward a deal with JAY-Z's company, Roc Nation, to handle her management. "[Mariah's] cleaning house. She is getting legitimate people, assistants, a lawyer, and Stella is not happy about it," one insider says. "Previously, there were all kinds of people involved [in her career] and Mariah didn't even know those people. She had to distance herself from all that and she's now cleaning house."

RELATED: Stars are nothing like us, Mariah Carey edition

Ups and downs are part of any romance and for Kendall Jenner, whose relationship with Los Angeles Clippers forward Blake Griffin appears to be going strong, sometimes the downs start with basketball. On Monday, Nov. 20, Kendall and Hailey Baldwin supported Blake courtside at Madison Square Garden in New York City as the Clippers took on the New York Knicks. As you might guess from the look on Kendall's face, it didn't go so well for the Los Angeles team. The Clippers were defeated, 107-85, putting a ninth straight loss on their record. On the bright side, Blake contributed 21 points, five assists, two steals and four rebounds, according to the Daily Mail. He also had Kendall nearby when the game was over. Speaking to Us Weekly, an insider recently said the two have become serious, telling the mag, "They're legit. They're a full-on couple."

When the 75th Golden Globes airs on Jan. 7, Seth Meyers is likely to be at the helm, according to a report from Variety, which claims the late-night host is close to signing a deal to host the ceremony. It seems landing someone for the host role wasn't easy for NBC, which faces increasingly lower ratings for entertainment awards shows. Hosts, meanwhile, seem more and more likely to be criticized for their work on social media. A third complicating factor is the climate of the industry these days, which seems centered on sexual harassment and assault allegations. Given that fact, Variety notes the next round of "awards shows may be viewed by some as an example of ego-stroking largess."

Get over it and move on. That's the message a judge in Pennsylvania gave Wiz Khalifa's mother this week in court with regard to her claim Amber Rose, her son's ex, caused her emotional distress. Katie Wimbush-Polk went after Amber on grounds the model's alleged comments regarding the death of Katie's daughter. According to TMZ, even if it's true Amber said Katie was responsible for her daughter's death, simply making a statement to that effect does not constitute an "extreme or outrageous" action that could cause emotional distress. "Mere insults, indignities, threats, annoyances, petty oppressions, and other trivialities" are not grounds for winning a lawsuit, the judge said. The case is now dismissed. Katie previously sued Amber for defamation. She was unsuccessful in that bid as well.

When it comes to Christmas, don't mess with Kim Kardashian West — and we're lookin' at you, Kim's entire family. In a preview from "Keeping Up With the Kardahians'" holiday special, Kim, Kris Jenner and her sisters hit Aldik Home to figure out their decorating plans. Kim makes it clear from start that she wants to keep her holiday decor under wraps, apparently because she doesn't trust her family to come up with their own ideas. "I have warned everyone that I will come for them if they even dare try to copy anything that I'm doing this holiday season," she says (via E! News). "I want, like, a real bark tree. But I won't tell all my ideas out loud, my mom is somewhere lurking," she adds. In another scene, Kourtney Kardashian announces she's going for "the same vibe as last year." Kim's retort? "Well, why don't we not talk about our vibes. That way, no one can like, steal a vibe." Aw, look at that Kardashian Kristmas spirit. Baby Jesus would be so proud.

At the Lupus Research Alliance Annual Gala in New York City this week, Selena Gomez opened up about the importance of the world the alliance does to support new approaches to research about the disease that forced the singer to have a kidney transplant over the summer. "I was diagnosed with Lupus about five or six years ago. I've been speaking out about my situation to raise awareness of the disease so people see a doctor right away or if they feel like they have any symptoms. And just so that honestly people can understand what it means to live with Lupus," Selena, who was being honored at the event, told the audience (via Us Weekly). "I also want people to know why research is so important and why we must support the scientists who bring all the promise of new discovery. After undergoing so many tests to monitor my kidneys, my doctors told me I had Lupus Arthritis, one of the most common complications of Lupus. They said that I would be needing a kidney transplant. Maybe I wasn't necessarily really good at knowing what that meant so it actually got to a point where it was life or death," she said. 'Thankfully, one of my best friends gave me her kidney and it was the ultimate gift of life and I'm doing very well now," she continued. "Two of my doctors are actually here with their beautiful partners and I just want to say thank you so much because it feels good to actually be honored and people like you where – in my world it can seem kind of vain, but this is really, really special. Not everyone is lucky enough to have a donor."

Nearly a dozen allegations of sexual misconduct are currently swirling around Kevin Spacey and given comments made by the mother of one of his alleged victims on "Megyn Kelly Today," there could be more to come. "To be honest with you, I've heard from at least eight other alleged Spacey victims," Heather Unruh, who has claimed her then 18-year-old son was groped by the former "House of Cards" star in 2018 at a bar after the actor got him drunk. "And I think there are so many more who are still afraid to come forward, or are just too embarrassed." Heather also suggested she can prove the alleged incident happened as she claimed it did. "There is evidence," Unruh told Kelly (via the New York Post). "Because there's an ongoing police criminal investigation, I'm not able to talk about what that evidence is. But there is evidence and there are witnesses." Claims about Kevin's alleged sexual impropriety began to come out after actor Anthony Rapp said the actor had gotten him intoxicated and made sexual advances toward him when Anthony was 14 and Kevin was 26. Kevin later said he had no memory of the incident but that he was sorry for his behavior. Bryan Cranston has said the seemingly endless stories of sexual misconduct in Hollywood represent "a form of bullying."

Jason Momoa on 'Justice League:' 'I don't want to look up the negativity'

After a rough box office opening and reviews that weren't much better, "Justice League" is being labeled a bad sign for the future of Warner superhero movies. But as he recently told EW, Jason Momoa wants to stay positive. "I try to stay the f— away from what people say," said Jason, who plays "Aquaman" and Arthur Curry. "Some of my friends said, 'Justice League isn't doing well' and it kind of bummed me out. But I didn't want to look it up. I don't want to look up the bad and the negativity. I don't think that's useful; it doesn't help." He went to say he's seen the movie twice and is set to see a third time with his children and godchild. "You can't get into the whole 'why this, why that.' I went to [Wizard World Austin fan convention] this weekend and got great praise," he said. "Now obviously, that's a positive place, and I'm not only interested in the positive. But if people love what we did with Aquaman, it's all [director Zack Snyder] — it's his brainchild. He came in with, 'I'm going to make Aquaman a bada– and I'm going to change stuff, and change the myths about this guy.' And I busted my a–."

Tori Spelling is reportedly due in court at the beginning of 2018 to discuss a $220,000 judgment she allegedly did not pay. The order stems from a $188,000 loan she took out in 2016 at City National Bank and failed to repay, according to The Blast. She's reportedly been asked to bring documentation of her assets and other financial holdings so that the judge can figure out how to proceed. Meanwhile, the New York Post reports Tori's husband is likely heading back to court to deal with the contempt of court charge he sustained over child support he owes his ex-wife, Mary Jo Eustace.

David Hasselhoff's financial situation is poised to improve. After he complained his current income didn't warrant the $10,000 a month he was paying his ex, Pamela Bach, in spousal support, she has reportedly agreed to lower the number to $5,000. According to TMZ, he was asking to have the monthly payments stop altogether, pointing to the fact that she's not working. Given that he was previously paying $21,000 a month and has now had the amount reduced twice, the deal represents a victory. The actor tells TMZ he has paid Pamela more than $2.5 million since they divorced in 2006. 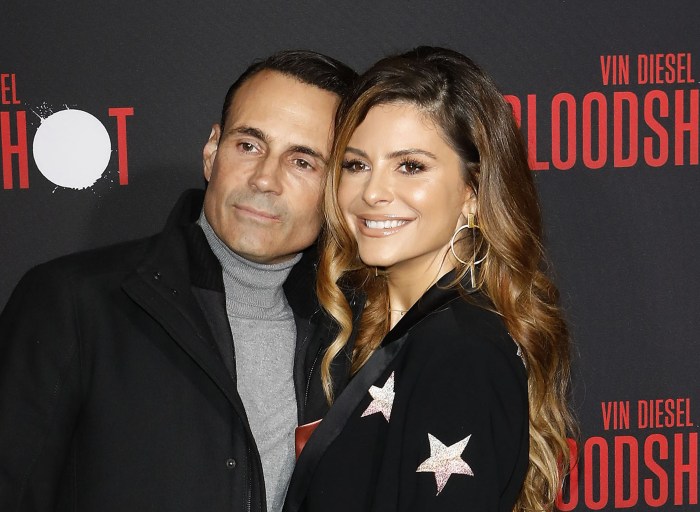