From "The Mask" to "Bad Teacher," Cameron Diaz has had quite the career in Hollywood. In celebration of the 20th anniversary of her hit film "There's Something About Mary" on July 15, 2018, Wonderwall.com is taking a look at Cameron's life in the spotlight. Keep reading to see her life in photos!

Born in San Diego in 1972, Cameron Diaz got her start as a teen model in Long Beach, California. The blonde surfer girl posed for Clavin Klein, Levi's and Seventeen magazine and shot commercials for Coca-Cola after signing a contract with Elite Model Management. She went to high school with rapper Snoop Dogg.

Cameron Diaz's big break came in 1994 when she was cast as sultry jazz singer Tina Carlyle in "The Mask" opposite Jim Carrey. Cameron, who was 22 at the time, became an instant sex symbol thanks to the film, which grossed more than $350 million, making it one of the highest earning movies of the year.

A year later, Cameron Diaz entered her first high-profile relationship with "Crash" actor Matt Dillon. The pair dated for three years before parting ways in 1998. "It's a very powerful thing when you feel that way about somebody. Cameron was a muse for me. I hadn't been in any deep emotional relationships," Matt later said of their romance.

After starring in a string of independent movies, Cameron Diaz solidified her status as a Hollywood It girl when she starred as Kimmy Wallace in "My Best Friend's Wedding" opposite Julia Roberts and Dermot Mulroney. The 1997 movie was a global box-office hit, earning nearly $300 million. Today, the movie is often regarded as one of the best romantic comedies of all time.

Cameron Diaz followed up her appearance in "My Best Friend's Wedding" with a starring role in "There's Something About Mary" opposite Ben Stiller. The 1998 movie, which featured Cameron's iconic "hair gel" scene, earned the star her fist Golden Globe nod. The flick went on to become a critical and commercial success, earning more than $369 million worldwide.

Next up, Cameron Diaz starred in the critically acclaimed "Being John Malkovich." The 1999 movie gave her some of the best reviews of her career, along with Golden Globe, BAFTA and SAG Award nominations for best supporting actress. Critics loved her hilarious "frumpy wife" performance — especially considering how gorgeous Cameron is IRL — and the movie went on to gross over $32 million.

In 1999, Cameron Diaz began dating fellow A-list actor Jared Leto (pictured here whispering sweet nothings in her ear at the 2000 Vanity Fair Oscar party). The twosome were pretty hot and heavy — they even were reportedly engaged at one point — but ultimately called it quits in 2003.

In 2000, Cameron Diaz starred alongside Drew Barrymore and Lucy Liu in the film adaption of the hit '70s TV show "Charlie's Angels." The movie was a huge hit, earning over $264 million worldwide. The film marked the start of a long-lasting friendship between Drew and Cameron. "If you are in scary prison in the middle of nowhere, call Cameron. She'll get you out. If you're looking for the best dinner-cooking partner and watching-TV-on-the-couch friend, call her. If someone is in a medical situation, call her! She's the most loyal, fierce, fun, cozy friend. We have incredible honesty with each other, and we work hard on our lives and our friendship," Drew said of Cam in 2016.

Cameron Diaz starred as the former lover of a self-indulgent and vain publishing magnate (played by Tom Cruise) in 2001's "Vanilla Sky." Critics loved Cameron's "ferociously emotional" performance and the movie was an instant success, earning over $203 million. The starlet went on to receive best supporting actress nods at the Golden Globe Awards, the SAG Awards, the Critics' Choice Awards and the American Film Institute Awards.

Next up, Cameron Diaz starred in one of the biggest animated movies of all-time, "Shrek." She voiced Princess Fiona in the celebrated 2001 film, which went on to gross over $484 million and win the first-ever Academy Award for best animated feature. She's seen here at its Los Angeles premiere that April.

In 2002, Cameron Diaz starred in her most acclaimed role yet as pickpocket-swindler Jenny Everdeane in "Gangs of New York." The period piece, which co-starred Leonardo DiCaprio and Daniel Day-Lewis, was a critical and commercial success that grossed more than $193 million worldwide and earned nine Oscar nominations (including one for best picture).

Cameron Diaz and Justin Timberlake began dating in 2003 after meeting at the Nickelodeon Kids' Choice Awards. Though Cameron is nine years the pop star's senior, they didn't let the age difference put a damper on their romance. "It's not like this is the first time in the history of human relationships that people were drawn to one another because of who they are, not what age they are," Cameron said about their age gap in 2004. The two eventually parted ways in early 2007 after nearly four years together, but remained close friends.

Cameron Diaz starred in the highly successful sequel "Charlie's Angels: Full Throttle" in 2003. The kick-butt movie was a big moneymaker, raking in over $259 million. She and co-stars Lucy Liu and Drew Barrymore are seen here at the film's June premiere.

A year later, Cameron Diaz starred in an even bigger sequel, "Shrek 2." The 2004 Academy Award-nominated flick dominated the box office, grossing over $919 million worldwide. "Shrek 2" became the highest grossing animated film of all time (until it was surpassed by "Toy Story 3" in 2010) and is currently the highest grossing film in the "Shrek" franchise. Cameron reprised her role as Princess Fiona in "Shrek the Third" in 2007 and "Shrek Forever After" in 2010. She's seen here at the first sequel's May 2004 premiere.

Cameron Diaz showed off her romantic comedy chops once again in 2006's "The Holiday." The actress starred as a movie-trailer producer who falls in love with Jude Law's character (sounds pretty good to us!). "The Holiday" was an unexpected sleeper hit, grossing more than $205 million.

In June 2009, Cameron Diaz was honored with a star on the Hollywood Walk of Fame. She's seen here posing for photos with lookalike sister Chimene, mom Billie and her nieces, nephew and brother-in-law. Sadly, her father, Emilio, had succumbed to pneumonia a year earlier.

Cameron Diaz found love once again when she began dating MLB star Alex Rodriguez in 2010. They were a couple for more than a year before they called it quits, but there was no drama between the two. "I will tell you about CD: She's probably one of the greatest human beings I've ever met, and just an amazing light," Alex said of the movie star following their split in 2011.

Cameron Diaz established herself as one of Hollywood's biggest box-office draws once again when she starred as the titular character in 2011's "Bad Teacher" opposite ex-boyfriend Justin Timberlake. The California native played an immoral, gold-digging middle school educator who curses, smokes pot and drinks heavily. The comedy was a huge hit, grossing $216 million worldwide — which is especially impressive due to its R-rating.

Cameron Diaz expanded her resume in 2013 when she co-wrote a health-focused tome, "The Body Book," which became a New York Times bestseller, reaching No. 2 on the list.

In 2014, Cameron Diaz began dating Benji Madden after the two were introduced by Cameron's friend — and Benji's sister-in-law — Nicole Richie. It was love at first sight, according to Cameron. "The first thing I said when I first met my [soon-to-be] husband was, 'He's hot,'" Cameron confessed in 2016. "How come I didn't know this before? We had never been in the same circle." She added in 2017, "Talk about two very different people! We are so different from one another, but we share the same values — we're totally two peas in a pod. We are both just weird enough for each other. I never experienced that before. I'd never been loved in that way. I look at him every day and he inspires me — he works so hard. I feel so lucky."

Cameron Diaz starred in what would be her final film for many years, "Annie," in 2014. The movie musical was a commercial success, grossing $133 million. Critics praised Cameron's strong effort as Miss Hannigan. She's seen here at a London photocall for the flick that December.

In 2015, Cameron Diaz and rocker Benji Madden tied the knot after seven months of dating and a 17-day engagement. "You know, nothing matters now that I have my husband. Like, I don't even remember any of that," Cameron said, referencing her old relationships. "All of that is like, that's the thing, that's how I know he's my husband… No one compares. Everything else just, like, washes and slips away. You realize, like, 'Oh, this is like the real thing is. This is what real love is. This is what real commitment and devotion is. This is the person you build your life with.'" She continued, "We got married in our living room in front of our friends. Had a little party in our backyard on the tennis court…"

Cameron Diaz released her second book, "The Longevity Book: The Science of Aging, the Biology of Strength, and the Privilege of Time," in 2016. As its title suggests, the book explores aging and aims to teach women about maintaining optimal health from their 30s to mid-life.

In March 2018, Cameron Diaz announced that she had officially retired from acting — four years after her last movie was released. "I am actually retired, so I would love to see you ladies," she told Christina Applegate and Selma Blair during a reunion interview with Entertainment Weekly pegged to their 2002 film, "The Sweetest Thing." The actress further explained that non-stop traveling for work left her depleted and desperate to spend quality time with husband Benji Madden. "I just went, 'I can't really say who I am to myself.' Which is a hard thing to face up to," Cameron said at the Goop Wellness Summit in 2017. "I felt the need to make myself whole." 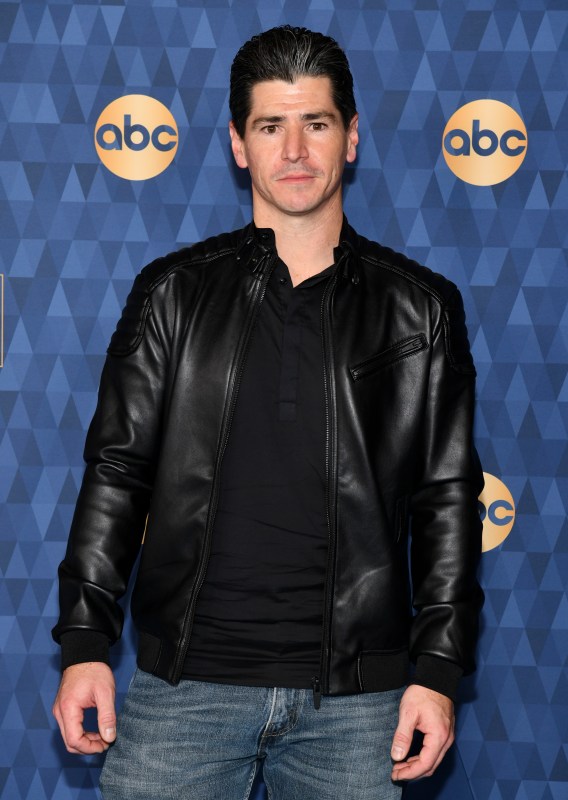