If Sarah Jessica Parker's foot was 4 inches closer to him, this guy would be singing at a higher pitch.

Lori Loughlin is still in sticker shock after seeing the price of her meal at Craig's in West Hollywood.

Jimmy Fallon must be looking at the late-night ratings again.

Wasn't Dan Aykroyd supposed to kill all the ghosts and skeletons in "Ghostbusters"?

Ready or not, Iggy Pop is about to give you a tongue lashing.

It's time we have a reality TV show that takes place inside TJ Miller's closet.

You must be this tall to ride this ride, according to Bella Hadid.

Ice Cube, master of the side eye.

Bella Thorne hasn't been this low since she went to Cannes with Scott Disick and left solo.

The last time Prince Harry was this wet and wild, he was at that pool party in Vegas.

Did Prince Charles just hit a home run or something?

Ellen Pompeo is blown away by motherhood.

Dwayne Johnson is trying out his "Blue Steel" look.

Hilary Duff will never forgive the man who got the last two lobster rolls.

Sam Claflin is that guy who shows up at the party and everyone wonders, "Who invited this guy?"

Rita Ora or Beetlejuice: Who wore it better?

Prince George: "How much longer do we have to stay on this balcony in the sun, Mum?"

This is what happens when James Corden dresses himself without parental supervision.

How lucky for James Matthews: He gets to marry Pippa Middleton but honeymoon with the bearded lady.

All Nicki Minaj needs is some theme music and it'd be like she's entering a professional wrestling ring.

Mandy Moore doesn't know that this look is similar to our ugly cry face when we watch "This Is Us."

If only DNCE's music was as good as their moves.

Even Dame Edna thinks that Katy Perry's glasses are a bit much.

Usually, Serena Williams is only devouring her opponents…

Keri Russell is trying to overtake Michael Jordan for the sad face meme.

On the bright side, the outfit didn't take up that much room in Bella Hadid's luggage.

Generally when guys put their dukes up to The Rock, it doesn't turn out well. Think it through, Hoff.

People who saw Emma Thompson doing this saw her with little sense and less sensibility.

Paramore singer Hayley Williams doesn't want us to see her beautiful face… What a bummer.

This may be how most of Tom Cruise's exes feel: dead inside.

Just imagine the look on Thomas Middleditch's Uber driver's face when he got picked up in this.

No truth to the rumor that the Oscar statue was modeled after Ridley Scott.

Prince Charles is swimming up s— creek, but with a paddle.

Considering the word "Obit" is behind his head, maybe someone should check Mel Brooks' pulse.

Unimpressed Miley Cyrus wants to take a wrecking ball to this floral arrangement. 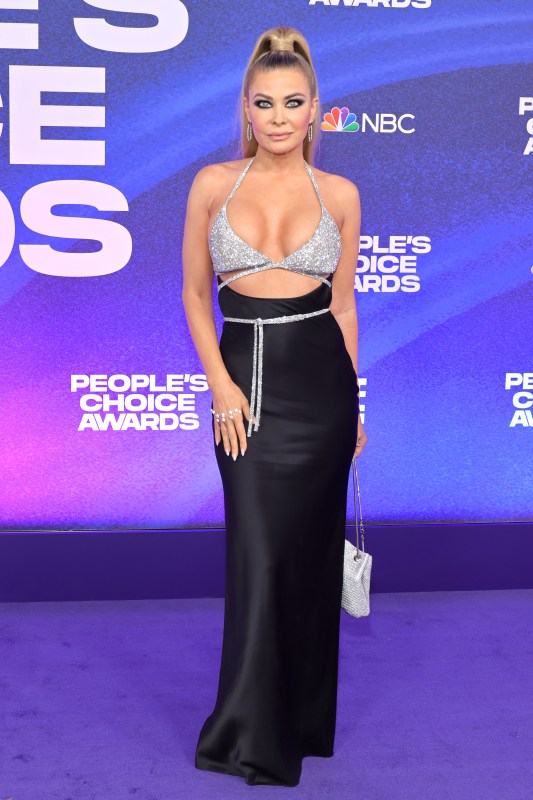 Up Next People's Choice Stars