Justin Bieber and Hailey Bieber couldn't help but laugh when they came across a new Daily Telegraph headline claiming the "Sorry" singer walked out on his allegedly pregnant wifey on Friday, April 26. "How dare you walk out on me and my very pregnant belly … not," Hailey sarcastically scoffed in an Instagram video panning over the story on her man's laptop. "Daily Telegraph, wow," Justin added in the background. The lovebirds also took a jab at the website for their grammar after noticing there was a typo in Justin's last name. "How are you gonna spell my name wrong after all these years?? Haha," he wrote. While the playful video was just meant to debunk rumors, fans also noticed Selena Gomez's song "Taki Taki" hidden in Justin's search history on the screen. "Please stop reading into things so much and making something out of nothing," he wrote to suspicious fans, explaining that her video popped after watching his Coachella performance. Justin continued, "this idea that I secretly plot on opening my history thing purposefully and zoom out just enough so you can see her name is crazy." Hailey chimed in about their "delusional fantasies," writing (and later deleting), "I'm not going to sit here and let obsessive strangers try to tell me about my own husband, you wanna talk about somebodies husband then get ur own. G'night!!" Justin and Hailey quietly tied the knot with a civil ceremony at a New York City courthouse in September of last year.

Kylie Jenner gathered her whole family up to celebrate baby daddy Travis Scott's 28th birthday with a private screening of "Avengers: Endgame" at a luxe theater in Thousand Oaks on Thursday, April 25. The "Sicko Mode" rapper, whose actual birthday is on April 30, arrived at the low-key bash in a red Ferrari and was feted with a personalized "Avengers" cake from Kylie that read: "Happy birthday husband!" Action figurines of Travis, Kylie and their 14-month-old daughter Stormi were used as toppers. Khloe Kardashian, Kourtney Kardashian and Kris Jenner all came out to party, as well as Kanye West and Kim Kardashian, who rocked red leather pants similar to the superhero suits from the flick. The birthday boy didn't show up in costume, but rocked a full Iron Man ensemble for photos — with Kylie as Captain Marvel and Stormi as Thor in a red cape — earlier in the day. "Happy end game everyone," Kylie captioned a photo of her fam in "Avengers" gear on Instagram, also adding in a line teasing her new action-themed lip kit. Happy birthday, Travis!

RELATED: These stars expanded their families in 2019

The cast of the upcoming 25th "James Bond" (from left, Lea Seydoux, Ana de Armas, Daniel Craig, Naomie Harris and Lashana Lynch) was all smiles during the movie's big reveal in Jamaica this week, but there's apparently a lot of drama going on behind-the-scenes and filming hasn't even started. "They don't have a script, there's no title, it is nearly five years since the last Bond," an insider told Page Six on Friday, April 26. "It starts with a retired Bond living in wedded bliss, but the rest of the script is still being worked over." Daniel, who's returning as James Bond despite bashing the role following 2015's "Spectre" (he said he'd rather "slash his wrists" than return), is presenting a slew of other problems. "Everyone on the production side detests working with Daniel," the source added, "he's so difficult and makes things impossible." But, he's seemingly there to stay since the film's producer, "thinks he walks on water, and only her opinion matters." Despite the discord, Bond 25 is set for release on April 8, 2020 with confirmed cameos from Christopher Waltz and Grace Jones, as well as the addition of Rami Malek as a new key villain.

Scarlett Johansson plays the role of superhero Black Widow in the "Avengers" film series, but she might also be thinking of saving the world off-screen. With a history of involvement in past presidential campaigns, Scarlett isn't ruling out a possible career in politics herself. "Maybe some time in the future," she told Variety on Thursday, April 25. "I think the greatest way to effect change is in local politics. Maybe at some point in the distant future I will feel that calling, but I just haven't." The "Avengers: Endgame" actress has used her platform to encourage people to vote, even speaking at the Democratic National Convention for Barak Obama's re-election and the Women's March on Washington during Hilary Clinton's run. We have no doubt she could easily transition from Hollywood starlet to boss-lady politician.

Neil Patrick Harris reveals the secret behind his 15-year relationship

Relationships can be tough to maintain, especially in Hollywood, but Neil Patrick Harris has been happy in love with hubby David Burtka for a whopping 15 years! Lucky for us, the "How I Met Your Mother" actor is revealing his key to success in romance. "I think the secret to a relationship is just perseverance, you know?" he told Entertainment Tonight on Thursday, April 25. "It's not always pretty, but he's pretty, so it makes it easy." Neil and David, who tied the knot in Italy back in 2014 , celebrated their anniversary earlier this month. "My first date with David was 15 years ago today, and we've been nearly inseparable ever since," Neil wrote on Instagram to celebrate the milestone. "I'm so, so grateful to this gorgeous man for giving me his heart, his shoulder, his strength, his lust, his laughter, his joy." The couple welcomed twins Harper and Gideon, now 8 years old, via surrogate in 2010.

Saint West didn't have as much fun as the rest of the Kardashian-Jenner family during their recent trip to Palm Springs for the Coachella music festival, where his dad, Kanye West, put on an Easter Sunday church service. Grandma Kris Jenner revealed the adorable 3-year-old ended up in the emergency room for an allergic reaction. "My little grandson, we discovered he might be allergic to grass," she told Refinery 29 on Wednesday, April 24. "We ended up in the E.R." Kanye's performance, which Saint attended, was put on in the middle of a grassy field, so that possibly could've been the culprit. But fortunately, the "Keeping Up with the Kardashians" star says Saint is just fine now. "All is well. We figured it out," she added. Kris also revealed this is isn't the first time one of her grandchildren has had an issue with allergies. She recounted a scary instance with Kourtney Kardashian's son Mason, 9. "[He] ate peanut butter and his face started blowing up and his throat started closing," Kris recalled. "They had to rush him to the hospital. He had a peanut butter allergy for the longest time. He's fine now. The scariest is always the first time."

Jake Gyllenhaal reportedly likes to have pictures of himself framed

With smoldering good looks, we can't really blame Jake Gyllenhaal for wanting to having pictures of himself framed and hung around the house. According to Page Six, a frame store owner in New York City was recently overheard talking about the "Nightcrawler" actor as a regular customer who often comes in to have photos of himself framed. "Jake Gyllenhaal comes in all the time," the owner said. Replying to a patron who asked if it was too vain to have a self-portrait set in a frame, he explained, "and I've never framed something for him that's not a picture of himself." A source close to Jake tried to clarify, insisting that he goes to get his movie posters mounted, not just random photos of himself. Either way, we're just wondering how we get our hands on one of these masterpieces.

Khloe Kardashian and French Montana had us wondering if a romance rekindling was on the horizon after they both attended Kourtney Kardashian's recent 40th birthday bash, but another go at love doesn't seem to be in the cards. "French is like a good family friend," a source told Us Weekly of the former flames, who dated briefly about four years ago, on Friday, April 26. "[They] aren't getting back together." The "Unforgettable" rapper aside, Khloe has enough on her plate right now dealing with the aftermath of baby daddy Tristan Thompson's infidelity. They split after he was caught kissing Kylie Jenner's best friend Jordyn Woods back in February, but Khloe's still been trying to keep their relationship amicable for the sake of their 1-year-old daughter True. "[Khloe} doesn't want their relationship to affect their child's life negatively," the insider added. "[They're] getting along fine." You do you, Khloe!

Denise Richards isn't at all ashamed of her erotic kissing scene with Selma Blair in 1998's "Wild Things," but that doesn't mean she wants her little girls to watch it either. The "Real Housewives of Beverly Hills" star admitted she asked her three daughters, Sam, 15, Lola, 13, and Eloise, 7, not to see the flick for a very valid reason. "A couple of friends had told [one of my daughters] about it," Denise explained to Yahoo! Lifestyle Australia on Wednesday, April 24. "And I just said to her, 'I would appreciate if you didn't watch it. It's not age-appropriate." She also wanted to ensure her kids knew she wasn't shielding them from the steamy pool scene out of regret. "It was a script I loved; it's me being creative," she added. "I worked with amazing actors, and one day if [they] do see it, [they] may not agree with my decision but that's what Mom decided to do." We don't think Denise, who married Aaron Phypers last year, has much to worry about because her ex-husband Charlie Sheen definitely takes the cake for embarrassing moments.

Hit-and-run being investigated outside of Johnny Depp's home

For once Johnny Depp isn't at the center of a police investigation, but this time, it's just an accident outside of his house in question. According to TMZ, authorities are investigating a hit-and-run that occurred in front of his Los Angeles estate in the early morning hours of Thursday, April 25. The driver of a 2000 Chevy fled the scene, leaving his banged-up van behind, after smashing into a "no parking" sign on the curb. Sources say Johnny wasn't even home at the time of the crash, around 3:30 a.m., but police will be looking into finding the careless driver. Last summer, Johnny was sued for allegedly attacking a crew member on set and during his divorce from Amber Heard in 2016, he was accused of domestic violence. 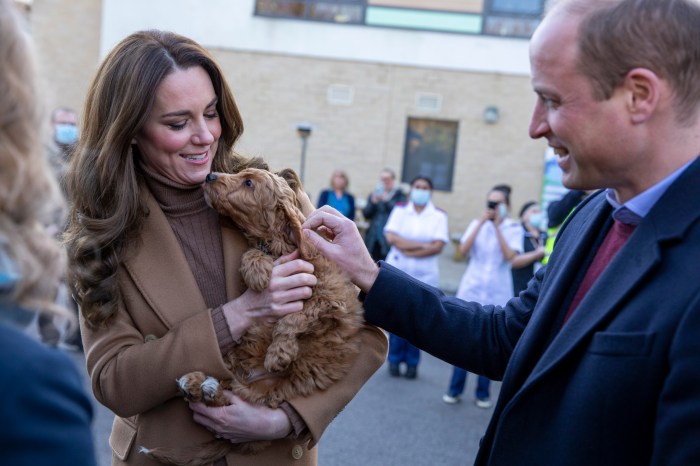