On Oct. 31 — two months after his 90th birthday — the world learned that Scottish actor and 007 legend Sean Connery had passed away in the Bahamas after being in failing health for some time. Join Wonderwall.com in honoring the Oscar, Golden Globe and BAFTA Award winner with a look back at the original James Bond star's life and career in photos. Keep reading for more…

Thomas Sean Connery was born in the Fountainbridge area of Edinburgh, Scotland, on Aug. 25, 1930, to Euphemia McBain McLean and Joseph Connery, who later welcomed another son, Neil. Growing up, friends started calling the future movie star by his middle name since he hung around with a boy with a similar-sounding first name — Séamus. Sean is seen here as a young man of 26 while filming "Action of the Tiger" in 1956.

Prior to taking an interest in acting, Sean Connery was in a different line of work. His very first job was as a milkman in his hometown of Edinburgh, Scotland. Then, in 1946 at 16, he joined the Royal Navy, though he was discharged three years later after suffering from a duodenal ulcer. Sean is seen here posing for a playful photo circa 1960 when he was about 30.

In 1951, Sean Connery began helping out backstage at Edinburgh's King's Theatre to make some extra money, which sparked his interest in acting. Two years later, during a bodybuilding competition in London, he heard about auditions for a production of "South Pacific." He ended up landing a small role in the musical — he was one of the Seabees chorus boys — and by the time the production made it to Edinburgh he'd been given an even larger part as Marine Corporal Hamilton Steeves. The following year, he was promoted again. He's seen here a few years later circa 1960.

While on tour with "South Pacific" in the early '50s, Sean played in a soccer match against a local team where he was scouted by Manchester United's manager. Impressed by the actor's talents on the field, Sean was offered a contract to play professional soccer — which he declined so he could continue to pursue acting. He's seen here about a decade later in 1962 outside a London basement apartment.

As for Sean Connery's first film credit? In 1957, he landed his first movie role — a minor part in director Montgomery Tully's "No Road Back." That same year, he was also cast in BBC TV's "Requiem for a Heavyweight" alongside Jacqueline Hill and Warren Mitchell and appeared in "Hell's Drivers," "Action of the Tiger" and "Time Lock." Then came a leading role in 1958: Sean starred in the melodrama "Another Time, Another Place" alongside famed model-actress Lana Turner. The British film was based on Lenore J. Coffee's novel "Weep No More."

The original Bond! 1962 marked the beginning of Sean Connery's career playing British secret agent James Bond. Despite some initial reluctance to commit to the franchise, he was also aware that this role could be crucial for his career — and it was! Sean went on to play 007 in the first five Bond flicks as well as two others. He's seen here in the first installment, 1962's "Dr. No." The film earned $59.5 million on a $1.1 million budget.

Sean Connery again played James Bond in the second film in the franchise, 1963's "From Russia With Love." He's seen here alongside co-star Daniela Bianchi. Though he wouldn't officially abandon his most notable role for 20 more years, he began to tire of the pressures imposed on him by the franchise and in 1965 admitted to being "fed up with the whole Bond bit."

1964 marked Sean Connery's third time starring as 007. He's pictured here in "Goldfinger." The film was a major box office success — it grossed a whopping $125 million on a $3 million budget!

Sean Connery didn't just appear in Bond films. While he was crafting a lucrative legacy as the British secret agent, he also appeared in films unrelated to the franchise. He's seen here alongside actress Tippi Hedren in the 1964 Alfred Hitchcock flick "Marnie, Marnie."

Sean Connery is pictured here with actor Adolfo Celi in the fourth installment of the Bond franchise, 1965's "Thunderball." The spy flick, which earned an impressive $141.2 million on a $9 million budget, was the first movie in the series to have a running time over 120 minutes.

"Marnie, Marnie" wasn't the only Alfred Hitchcock film in which Sean Connery landed a starring role. He also appeared in 1965's "The Hill" and 1966's "A Fine Madness." He's pictured here with co-star Joanne Woodward in the latter.

Sean Connery reprised his role as Hollywood's favorite British secret agent in 1967's "You Only Live Twice." The film, which made $111.6 million on a $9.5 million budget, was loosely based on the 1964 Ian Fleming novel of the same name.

Sean Connery and wife Diane Cilento welcomed son Jason in 1963. They're seen here with their then-5-year-old boy as they left for Sydney, Australia, to spend Christmas with Diane's family in 1968.

Nine years after making his debut as James Bond, Sean Connery took on the famed role for the sixth and final time in 1971's "Diamonds Are Forever." Sean was paid a then-hefty $1.25 million to reprise the role. "Diamonds Are Forever" was yet another box office success for the franchise — it earned $116 million on a budget of $7.2 million.

In 1971, Sean Connery also starred in the neo noir film "The Anderson Tapes," which was based on the 1970 Lawrence Sanders novel of the same name. The movie, which co-starred Dyan Cannon, Martin Balsam and Alan King, was praised as the first of its kind to explore electronic surveillance. Sean took on the titular role of Duke Anderson.

After nine years of marriage, Sean Connery and first wife Diane Cilento separated in 1971. The exes, seen here the year before their split, finalized their divorce two years later.

During the early '70s, Sean Connery enjoyed the single life. He briefly dated actress Jill St. John (pictured here in 1975) — the first American Bond girl in the 007 film franchise and Sean's co-star in 1971's "Diamonds Are Forever" — as well as actresses including Magda Konopka, Carole Mallory and Lana Wood.

In 1975, Sean Connery starred opposite close friend Michael Caine (pictured) in an adventure film based on the 1888 novella by Rudyard Kipling of the same name, "The Man Who Would Be King." Sean played Daniel Dravot while Michael played Peachy Carnehan.

Take two! In 1975, Sean Connery walked down the aisle for the second time, this time with Moroccan-French artist Micheline Roquebrune. They're seen here in an undated photo early in their romance.

Sean Connery continued to land starring roles during the 1970s. He appeared in films including 1974's "Murder on the Orient Express," 1976's "Robin and Marian" and 1979's "Cuba." He's pictured here alongside Dirk Bogarde, Ryan O'Neal and Gene Hackman in the 1977 epic "A Bridge Too Far."

In 1983, Sean Connery played James Bond for the seventh and final time in "Never Say Never Again." He was 53 when the film came out. The movie's name was reportedly inspired by Sean's comments that he would "never again" reprise the role. It earned $160 million on a $36 million budget.

A red carpet occasion! Sean Connery and wife Micheline are pictured here at the "Never Say Never Again" premiere in London in 1983.

Sean Connery is seen here with good friend and former co-star Michael Caine at an event in 1985. The British actors first met at a party following a production of "South Pacific" in 1954.

1986 marked the release of the mystery drama "The Name of the Rose" in which Sean Connery co-starred alongside F. Murray Abraham. Sean, pictured here with a young Christian Slater, played William of Baskerville, a Franciscan friar tasked with investigating suspicious deaths at a medieval abbey. Sean earned a BAFTA Award for best actor for his performance.

In 1988, Sean Connery earned the first and only Academy Award of his career. He took home a best supporting actor Oscar for his performance in the 1987 crime drama "The Untouchables." During his acceptance speech, the veteran actor reflected on his first time attending the Oscars 30 years earlier. "Patience truly is a virtue. But in winning this award it creates a certain dilemma, because I had decided if I had the good fortune to win that I would give it to my wife, who deserves it. But this evening I discovered backstage that they're worth $15,000… and now I'm not so sure. Cherie, I'm only kidding, it's yours," he joked.

A father-son moment! Sean Connery and a then-25-year-old Jason Connery — his only child — are pictured here at the opening of "Journey's End" in London in April 1988.

A celebratory evening! In July 1992, Sean Connery was honored with the American Cinematheque Award. He's seen here at the seventh annual event in Los Angeles.

Impressive! At the 1996 Golden Globes, Sean Connery took home the prestigious Cecil B. DeMille Award for his "outstanding contributions to the world of entertainment." He said of the honor, "I think if actors and actresses are good at what they do and if you, the audience, are affected [and] moved by the stories we help to tell then that's the real reward."

In 1996, Sean Connery starred in the Michael Bay action film "The Rock" alongside Nicolas Cage (pictured) and Ed Harris. It was the fourth highest grossing film of that year thanks to its $335 million take on a $75 million budget.

And the awards just keep on coming! Sean Connery is seen here at the 50th Annual BAFTA Awards in 1988. That evening, he was honored with the Fellowship Award, which celebrates "outstanding achievement in the art forms of the moving image." The award's inaugural recipient, Alfred Hitchcock, collaborated with Sean on films in the '60s.

In July 2000, Sean Connery was knighted by Queen Elizabeth II in his hometown of Edinburgh, Scotland, at Holyrood Palace. The celebrated Scottish actor is seen here after the ceremony.

In the '00s, Sean Connery began to pull away from the spotlight. In 2001, he was offered the role of Gandalf in the "Lord of the Rings" franchise but turned it down reportedly because he "never understood the script." (He also reportedly said that the star who accepted the part, fellow Brit Ian McKellen, was "marvellous" in the movies.) Had Sean agreed to appear in the franchise, he could have earned a jaw-dropping $450 million! He's seen here at the Palm Springs International Film Festival in January 2001.

All good things must come to an end. After receiving the American Film Institute's Lifetime Achievement Award in June 2006, Sean Connery publicly confirmed his retirement from acting. Five decades after launching his career, Sean was finally ready to step away from Tinseltown. He's pictured here at the Edinburgh International Film Festival in August 2006.

In 2012, Sean Connery — seen here that year at an event at the New York Stock Exchange — briefly came out of retirement to lend his voice to Scotland's first CGI film, "Guardians of the Highlands," which he also produced.

At 87, Sean Connery — a huge tennis fan — attended the U.S. Open Tennis Championships in Flushing Meadows in New York City in August 2017. It would be one of his last public appearances before he died in the Bahamas in October 2020 at 90. 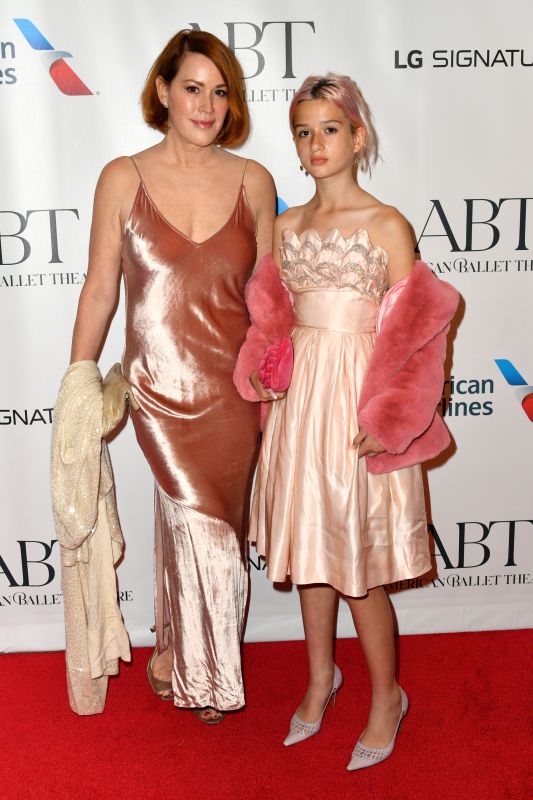 Which side are you on?

Adele chooses a side, plus more funny celebrity photos that will make you LOL

Singer and former child star husband have side-by-side toilets, more proof stars are nothing like us

Mark the release of 'Queens' with a look at girl groups who mastered matching outfits!