Wonderwall.com is taking a look back at "Modern Family" star Sofia Vergara's life in photos. Keep reading to take a trip down memory lane…

Sofia Margarita Vergara was born in Barranquilla, Colombia, on July 10, 1972. She started modeling at a young age then got bit by the acting bug. She starred on the Mexican telenovela "Acapulco, cuerpo y alma" as Irasema in 1995.

After making it as a telenovela star in Mexico, Sofia Vergara made the move to the United States where she switched gears and found success as a host for the Spanish-language channel Univision in the late '90s. She hosted the travel show "Fuera de Serie" and a variety show called "A Que No Te Atreves."

Despite taking a detour with hosting, Sofia Vergara eventually found her way back to acting. She scored her first major movie role in 2002's "Big Trouble" opposite Jason Lee, Zooey Deschanel and Tim Allen.

Sofia Vergara married high school sweetheart Joe Gonzalez at 18, but the two were divorced by 1993. In 1992, they welcomed son Manolo, whom Sofia is seen with here at the Lo Nuestro Awards in Miami in 2003.

2003 saw Sofia Vergara make a name for herself in the English-speaking acting world when she appeared in the fun romantic comedy "Chasing Papi." She starred opposite Roselyn Sanchez, Jaci Velasquez and Hispanic heartthrob Eduardo Verastegui, and though the film wasn't a critical hit, it did well with the Latino demographic.

After playing a blonde bimbo in "Chasing Papi," Sofia Vergara strayed from her natural hair color and dyed her locks super-dark. She would later tell Self magazine in 2010, "I'm a natural blonde, but when I started acting, I would go to auditions, and they didn't know where to put me because I was voluptuous and had the accent — but I had blonde hair. The moment I dyed my hair dark, it was, 'Oh, she's the hot Latin girl.'"

A famous beau! By 2005, Sofia Vergara was so Hollywood that she was dating one of the town's most famous men! Rumors swirled that she had linked up with Tom Cruise in 2005 after the two were set up by mutual friend Will Smith. Though things between the pretty pair never got serious (there was talk that Sofia wasn't into Tom's Scientology religion), it certainly put Sofia on the tabloid map!

In 2009, Sofia Vergara got the biggest break of her career when she landed the role of Gloria Delgado Pritchett on ABC's new sitcom "Modern Family." The show was an instant hit — making household names out of its newer stars.

"Modern Family" catapulted Sofia Vergara into the world of high fashion and award shows! She attended her first Screen Actors Guild Awards in 2010 after she and her co-stars were nominated for Outstanding Performance by an Ensemble in a Comedy Series. Prior to that, her only award nomination had been back in 2005 at the Black Reed Awards, where she was up for Best Ensemble alongside the cast of "Four Brothers."

Love blossomed for Sofia Vergara in 2010. She started dating Nick Loeb, a businessman with political aspirations, that year. (She'd previously been linked to stars like Tyrese Gibson and musician Craig David.) She notably remained beside Nick when he was involved in a serious car crash in Los Angeles that August: His vehicle fell off a cliff and he was admitted to the ICU.

The cast of "Modern Family" took home the prize for Outstanding Performance by an Ensemble in a Comedy Series at the 2011 Screen Actors Guild Awards. The trophy marked Sofia's first big acting win — and would be the first of many to come! That same year, she also received a Golden Globe nod and a Primetime Emmy Award nomination for best supporting actress in a comedy series.

As her hit television show continued to clean up during award season, Sofia Vergara started to land some pretty major endorsement deals. In March 2011, she shot a Diet Pepsi commercial alongside superstar David Beckham, which marked a full-circle moment in the star's career. Her very first gig ever happened to also be a Pepsi commercial, which she starred in in her native Latin America at age 17.

Playing Gloria Pritchett really started paying off in 2011! The next big trophy Sofia Vergara collected? A Best Supporting Actress in a Comedy Series prize at the NAACP Image Awards in March 2011.

They did it again! The cast of "Modern Family" won the prize for Outstanding Performance by an Ensemble in a Comedy Series for the second year in a row, taking home the award in 2012.

Sofia Vergara took home another trophy a few months later, this time at the Glamour Women of the Year Awards in London! The star was honored at the May 2012 ceremony as the Best Comedy Actress for her work on "Modern Family."

Ready to wed! Sofia Vergara and Nick Loeb got engaged in July 2012 while in Mexico celebrating her 40th birthday.

How far she's come! Sofia Vergara was named the highest paid TV actress by Forbes magazine in 2012. Thanks to her gig on "Modern Family," Sofia pulled in $19 million that year, making her the top female television earner for the first time.

2013 saw yet another win for the "Modern Family" cast at the Screen Actors Guild Awards. The cast, including Sofia Vergara, dominated its category for the third year in a row.

You know you've made it when you get a wax figure at Madame Tussauds! Sofia Vergara received that honor in June 2013 when she was honored with not one but two waxworks at the New York City location.

Back to the big screen! Sofia Vergara appeared in Robert Rodriguez's "Machete Kills" in 2013 as a lethal brothel madame. The action-packed comedy had a star-studded cast that also included Danny Trejo, Mel Gibson, Lady Gaga, Michelle Rodriguez and Antonio Banderas.

In January 2014, Sofia Vergara and her "Modern Family" castmates enjoyed their fourth win in the comedy ensemble category at the Screen Actors Guild Awards.

Trouble in paradise? Sofia Vergara made an appearance on "The Ellen DeGeneres Show" in February 2014 where she admitted that despite being engaged to businessman Nick Loeb for almost two years, she had no wedding planned. When Ellen asked about the rumors that the couple were going to enjoy three separate ceremonies, Sofia admitted: "It's horrible and disappointing that it's not true! I haven't even planned anything."

It's over! Just a few months after her confession on "The Ellen DeGeneres Show" — and days after they attended the White House Correspondents' Association Dinner together — Sofia Vergara and Nick Loeb announced their split in May 2014. The actress took to her own social media page to share the news with fans, writing: "Not that anyone should care, but in order to not give the press the chance to invent crazy and hurtful drama, I prefer to tell my fans personally that Nick and I have decided to be apart. We have been having too many problems with having to figure out how to spend time together and because of my work and now his, it's been getting worse and worse, not fun anymore. We are still very close but we believe this is the best thing for us right now."

Well, that was quick! Sofia Vergara moved on just two months after splitting with Nick Loeb. The new man in her life? Hunky actor Joe Manganiello! Dating rumors started swirling after the two were spotted out together in July 2014.

Beauty and brains! Sofia Vergara passed her United States naturalization test in 2014 and dished the details while on "Jimmy Kimmel Live" that December. While explaining the process, Sofia shared that she received a perfect score on the test, telling Jimmy, "They give you like a hundred questions that you have to learn, and then they give you a quiz, like a test. I got all questions perfect." Nice going, Sofia!

What a Christmas present! Joe Manganiello and Sofia Vergara got engaged in December 2015 after barely six months of dating. Joe reportedly popped the question on Christmas Day and presented her with a massive rock. Sofia showed off her engagement ring when she and Joe walked the SAG Awards red carpet together one month later in January 2015.

While Sofia Vergara was in the midst of promoting her next major movie, "Hot Pursuit," alongside Reese Witherspoon, ex Nick Loeb penned an op-ed for The New York Times chronicling his battle with Sofia over two frozen embryos they'd created when they were together. The scandal was ill-timed — Page Six cited sources who claimed Nick released the news when he did to detract from her movie's debut. The battle over what to do with those embryos was still raging as of mid-2017.

Sofia Vergara received a star on the Hollywood Walk of Fame in May 2015. At the ceremony, the actress posed with her impressive accolade and was joined by "Modern Family" co-stars Julie Bowen, Ed O'Neill and Eric Stonestreet.

Sofia Vergara's buddy comedy with Reese Witherspoon, "Hot Pursuit," hit theaters in May 2015. Though it was expected to do big numbers at the box office, abysmal reviews (it earned a 7 percent fresh rating on Rotten Tomatoes) led to the film grossing just $34 million domestically.

In September 2015, Forbes named Sofia Vergara the top-earning female on television for the fourth year in a row — with one twist. This time, she tied another huge TV star, "The Big Bang Theory" actress Kaley Cuoco, after both took home $28.5 million pre-tax. That's certainly an honor we wouldn't mind sharing!

Two months after they attended the Primetime Emmys together, wedding bells rang for Sofia Vergara and Joe Manganiello in November 2015! The two tied the knot in Palm Beach, Florida, in front of 400 guests. The beautiful nuptials also included a sweet touch: Instead of gifts, the couple requested guests make donations to St. Jude Children's Research Hospital.

In 2016, Forbes crowned Sofia Vergara (seen here at the Oscars that year) the highest earning TV actress for the fifth year in a row — but this time she enjoyed the honor all on her own! With a whopping $43 million in earnings, she bested Kaley Cuoco's $24.5 million. Sofia also topped the same Forbes list in 2017 and 2018.

End of an era! Sofia Vergara posed as Gloria Delgado-Pritchett — with her TV sons and husband (Rico Rodriguez, Jeremy Maguire and Ed O'Neill) — at the start of the 11th and final season of her hit ABC sitcom "Modern Family" in September, 2019. 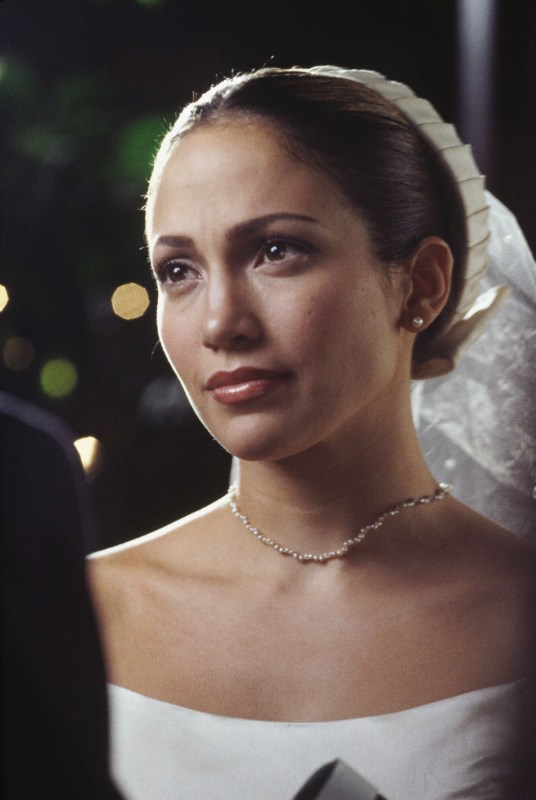 Christy Turlington and Naomi Campbell hug it out in Paris, plus more pics

These flicks are celebrating their 25th anniversaries in 2021