Flying on a private jet should be a relaxing experience, but what happens when the friendly skies aren't so friendly? Wonderwall.com is taking a look at all the celebrities who've had scary in-flight experiences, starting with Harrison Ford. The A-list actor and part-time pilot endured quite a scare in March 2015 when the engine of a World War II-era fighter plane he was piloting lost power shortly after takeoff. He crash-landed on a golf course in Venice, California, and was hospitalized with injuries including gashes to his head and body. Luckily, Harrison made a full recovery. Keep reading to see what other stars have experienced aviation troubles…

Back in 2000, Sandra Bullock's aircraft was involved in a crash when it skidded off a snow-covered runway in Jackson Hole, Wyoming, where she was spending her Christmas vacation. Thankfully, Sandra walked away with no injuries.

Bono had quite the scare when he was involved in a mid-air plane accident. Back in 2014, the U2 frontman was forced to make an emergency landing after the rear door of his private plane was torn off as he was traveling with four friends from Dublin to Berlin — the tailgate detached about an hour into the flight. Luckily, no one was injured and the plane safely landed in Germany.

Jennifer Lawrence was shaken up in 2017 when her private plane experienced double engine failure. The Oscar winner, who'd been visiting family in her hometown of Louisville, Kentucky, was forced to make an emergency landing in Buffalo, New York, after one engine went out at 31,000 feet. A second engine failed as the plane made its landing. Jennifer was not injured during the incident.

Keanu Reeves' bad flight experience turned into a fun memory when all of his plane's passengers road-tripped together in March 2019. The "John Wick" franchise star was on board a California flight from San Francisco to Burbank when a mechanical error forced the plane's pilots to make an emergency landing in Bakersfield, California. Airport officials soon determined it would be faster to take a bus to Los Angeles than to wait to fly there. So all of the plane's passengers, including Keanu, were transported by van back to La La Land. Talk about an unforgettable road trip!

In September 2008, Travis Barker was involved in a horrific plane crash in South Carolina that left four people dead. The musician was on board a private aircraft that was headed to Van Nuys, California, when one of its tires blew out upon takeoff. The plane then hurtled through an airport fence and skidded across a highway before crashing into an embankment. Travis escaped the fiery crash but sustained significant injuries. He spent 11 weeks in hospitals and burn centers, had 16 surgeries and skin grafts and underwent blood transfusions.

Travis Barker wasn't the only celebrity involved in the devastating 2008 South Carolina plane crash. Adam Goldstein, better known as DJ AM, was also on the flight. He was badly injured in the crash, suffering third-degree burns to his arm and parts of his head. Adam made a full recovery but sadly passed away one year later from a drug overdose.

In April 2016, Prince's plane made an emergency landing that sadly foreshadowed his untimely passing. The music legend's aircraft made an emergency stop in Moline, Illinois, after he lost consciousness in the middle of a conversation, his protege Judith Hill told The New York Times. "We knew it was only a matter of time; we had to get down," she said. "We didn't have anything on the plane to help him." Prince — who was in the throes of a drug overdose, reports later revealed — was hospitalized upon landing but later released. He died six days later of an accidental opioid overdose.

In February 2019, besties Courteney Cox and Jennifer Aniston were jet-setting from Los Angeles to Mexico for a vacation with pals to celebrate Jen's 50th birthday when their private plane lost a wheel during takeoff. Pilots had to make an emergency landing Ontario, California, after circling for roughly three hours in order to burn off enough fuel to land the plane safely. Thankfully, no one was injured.

In November 2018, Cardi B was forced to take a detour to Chicago when her private jet made an emergency landing in the Windy City. The rapper was traveling from Los Angeles to New York when her pilot became ill, necessitating the premature landing. Cardi shared the news on her Instagram Story. "I'm stuck in Chicago. We had to do an emergency landing…" she explained in a video post. "Lemme tell you something… I'm not taking no more f—ing jets, I don't give a f—, bro. These type of s—s don't happen on f—ing Delta!"

In 2000, Patrick Swayze had a scary moment when an aircraft he was piloting experienced a pressurization problem. The late "Ghost" actor was forced to make an emergency landing in a housing development in Arizona and crashed into a stop sign and a street lamp before coming to a full stop. Patrick walked away with minor injuries.

Jason Momoa was in for a shock when his private plane caught fire in March 2019. The "Aquaman" star and a few friends were traveling from Los Angeles to Phoenix when an issue forced their plane to land at Palm Springs International Airport in California. Jason made sure to document the plane scare on his Instagram Stories, saying, "Well, we got ourselves a slight delay. [A] half hour out, in Palm Springs, and the plane wanted to start a fire. Good old fire department, gotta love 'em."

Chris Brown experienced a scary moment in 2013 when his private plane, which was headed to New Jersey from Los Angeles, was forced to make an emergency landing after the cockpit filled with smoke about seven minutes into the flight. The plane safely detoured to Burbank, California.

Lil Wayne had a truly terrifying plane experience in June 2016 when he suffered a seizure on his flight from Milwaukee to California. His private jet was forced to make an emergency stop in Omaha, Nebraska, where he was seen by paramedics. The rapper previously suffered a mid-flight seizure in 2012, which also forced his plane to make an emergency stop in Texas. That time, he was treated at a local hospital and released the same evening.

Ashton Kutcher was in for a scare in 2009 when his plane's engine overheated a few minutes into a flight. The actor's private jet was forced to make an emergency stop in Las Vegas due to the incident — which Ashton live-tweeted. "My plane just had to do an emergency landing," he wrote. "Engine over heated. Fire trucks everywhere. Good times." Ashton later tweeted that he was "happy to be alive."

In August 2018, Post Malone's private plane made an emergency landing in New York due to damaged landing gear. The plane had to circle the area above Stewart Airport in Orange County, New York, for hours to burn off fuel before landing. Luckily, Post walked away from the incident unscathed.

Khloe Kardashian was left shaken up in 2016 when her plane had to make an emergency landing in Las Vegas after an electrical smell filled the cockpit. The reality TV star was flying from Los Angeles to New York City when pilots diverted the flight to Vegas due to the worrisome odor.

Ray J feared for not only his life but also the lives of his wife, Princess Love, and their daughter, Melody, when their private jet had to make an emergency landing in August 2018. The "Love & Hip-Hop" star was traveling from Los Angeles to New York with his family when a cabin pressure issue forced pilots to land the aircraft. Ray J shared video updates on Instagram during the incident, saying, "You never want to be on a plane when you do an emergency landing. But when you've got the pilots that we have that are focused and determined to get us back safe, then you can't beat it… My baby's safe. My wife's safe."

Barenaked Ladies frontman Ed Robertson is lucky to be alive after a plane he was piloting crashed into a string of trees in 2008. The singer was flying near Bancroft, Ontario, Canada, when he lost airspeed and crashed. Ed and three passengers all walked away from the incident unharmed, and Ed was later cleared of any wrongdoing. Investigators said the crash was likely due to "undetectable air currents." 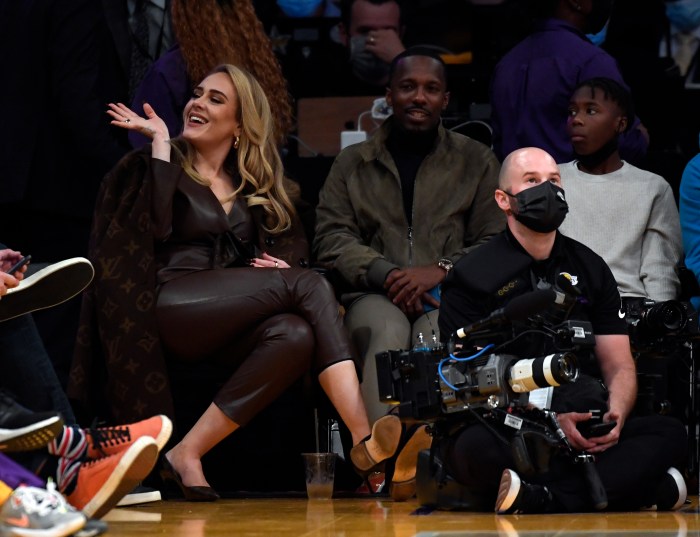 Up Next Date night