Model Karlie Kloss celebrates her 27th birthday on Aug. 3, 2019. In celebration of her special day, Wonderwall.com is taking a look at some of the celebs who've dated members of political families, starting with the former Victoria's Secret Angel. In 2012, Karlie started seeing businessman Joshua Kushner, the brother of President Donald Trump's son-in-law, White House adviser Jared Kushner (who's married to Ivanka Trump). The two tied the knot six years later in 2018. "It's been hard," Karlie told British Vogue of being related to the Republican Trumps. "But I choose to focus on the values that I share with my husband, and those are the same liberal values that I was raised with and that have guided me throughout my life." Keep reading for more…

Actress Daryl Hannah met John F. Kennedy Jr., the late son of former President John F. Kennedy and Jacqueline Kennedy Onassis, in the early '80s when both of their families vacationed in St. Maarten. In 1988 after meeting again at the wedding of John's aunt, Lee Radziwill, the two sparked a romance and dated on-and-off for more than six years. They finally called quits for good in August 1994, just a few months after JFK Jr.'s mom died.

During one of Daryl Hannah and John F. Kennedy Jr.'s "off" periods, he began seeing "Sex and the City" star Sarah Jessica Parker, who'd recently split from longtime beau Robert Downey Jr. SJP was overwhelmed by the media attention that came with dating America's most eligible bachelor and the couple soon called it quits. "We would go places where there wasn't a soul around and the next day I'd see pictures of us there in the tabloids," Sarah told The New York Times in 1992. "I have been a semi-public person since 'Annie,' but I never had any idea what real fame was until I met John. He's a nice man, but for God's sake, I feel like I should apologize for dating him."

RELATED: Stars who started dating thanks to social media

After calling off her engagement to Liam Hemsworth, Miley Cyrus began dating Patrick Schwarzenegger, the son of former California Governor Arnold Schwarzenegger and Kennedy family scion Maria Shriver. The duo dated for five months before splitting in April 2015 — one month after Patrick was spotted canoodling with another woman while on spring break. "Omg. It's one of my best friends girlfriend…" Patrick tweeted at the time. "Would NEVER do anything against my GF."

Pop star Taylor Swift also dated a member of the Kennedy family. In 2012, the "Shake It Off" singer shared a summer romance with four-years-younger Conor Kennedy, the grandson of late senator and former U.S. Attorney General Robert F. Kennedy and the great-nephew of former President John F. Kennedy. According to reports at the time, the duo reportedly broke up either because of distance — she had music to promote, he had to return to high school — or because Taylor came on too strong.

Chris Pratt found his happily ever after in a political family. The "Guardians of the Galaxy" star began seeing Katherine Schwarzenegger, the daughter of former California Governor Arnold Schwarzenegger and Kennedy family scion Maria Shriver, after meeting her at church following his 2018 split from wife Anna Faris. Chris popped the question in January 2019 after about seven months of dating and the duo tied the knot that June. Chris made headlines when he joined his bride at the famed Kennedy family compound in Hyannis Port, Massachusetts, a few weeks later for the July 4th holiday.

"Orange Is the New Black" star Kate Mulgrew became a member of a political family after she started seeing Tim Hagan, a former nominee for governor of Ohio and the son of former State Representative Robert Hagan. The lovebirds married in 1999 but divorced in 2014, a decision that Kate regrets. "All the separations took a toll," she told the Cleveland Plain Dealer. "No one was at fault. We are who we are. I was passionate about my career, and he was so important as a commissioner in Cleveland. He's rooted there, and I'm not sure I ever fully understood the depth of that or honored it."

In 2005, Food Network star Sandra Lee found love with New York Governor Andrew Cuomo, the son of former New York Governor Mario Cuomo. The lovebirds moved in together in 2011 but have no plans to marry. "I think when it's important to the kids, we'll do it. Right now, we have much more important things to do," Sandra told the New York Post of a future wedding. "We don't even think about it, and nobody says anything." Sandra's been helping Andrew co-parent his three daughters with activist ex-wife Kerry Kennedy, the daughter of the late Robert F. Kennedy.

Cheryl Hines has been a member of the Kennedy family since 2014. The "Curb Your Enthusiasm" star hit it off with attorney Robert F. Kennedy Jr., the son of late senator and former U.S. Attorney General Robert F. Kennedy, in 2011. The couple got engaged in April 2014 and tied the knot four months later. "It is amazing," Cheryl told Kelly Ripa of marrying into the history-making family. "And strange, sometimes, when you're setting up a household whose uncle is president. He has all these amazing pictures and letters from presidents, and they're going up over the wall."

English actor Peter Lawford joined one of America's most infamous political families when he married Patricia Kennedy, a sister of President John F. Kennedy, Senator Robert F. Kennedy and Senator Ted Kennedy. Pat met the Rat Pack actor through her sister, Eunice Kennedy, in the late '40s and the couple married in 1954. They welcomed four children together but their marriage soon hit a rough patch. Peter struggled with Pat's Catholicism and famous family while Pat resented him for his heavy drinking and extramarital affairs. The duo divorced in 1966.

Long before he was a politician himself, Arnold Schwarzenegger married into a political dynasty. The bodybuilder-turned-movie actor began dating journalist Maria Shriver, the niece of President John F. Kennedy, Senator Robert F. Kennedy and Senator Ted Kennedy, in 1977. The couple married in 1986 and welcomed four children before separating in 2011 after 25 years of marriage after it was revealed that Arnold had fathered a son with their former housekeeper. Arnold became a politician in his own right when he was elected governor of California in 2003. "When he told me he was interested, I said I'd spent my whole life getting away from politics," Maria told Oprah Winfrey in 2008. "I realized that if I said no, I'd be stopping my husband from achieving his dream. It was a Catch-22. So I told Arnold that he should do what he wanted to do… Two months later, I was the Democratic first lady of a Republican administration." 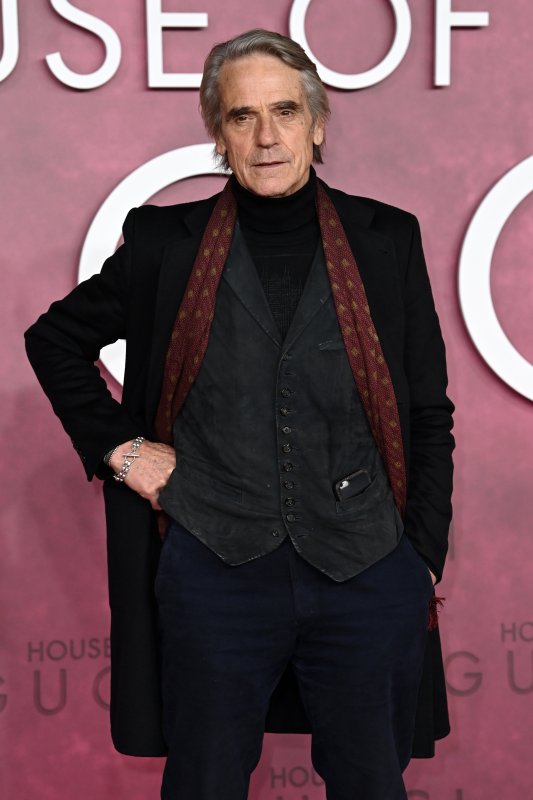 Up Next The Luxe Life!