Pete Davidson steps out with Kim Kardashian — and a hickey

Last week, a source told Page Six Kim Kardashian, 41, has been "acting like a teenager" and "constantly giggling" when she's out with her new guy, Pete Davidson, 28. Welp, we now have proof both those statements are true. When Pete and Kim showed up hand-in-hand for dinner at Giorgio Baldi in Santa Monica, California, on Nov. 21, Kim wore Balenciaga and her "Saturday Night Live" star date wore what appeared to be a big old hickey on his neck, suggesting that Kim's in full high school mode with Pete (or at least her lips are). Photos of the pair published by DailyMail.com show the comic's new "love bite" as well as the aforementioned "giggling," which Kim and Pete appeared to be doing the whole time they were leaving the restaurant and settling into Pete's Lamborghini SUV. "He definitely is not being aloof or playing coy, he is just going for it," a source recently told the Mail. "And she seems to be loving the attention. It's nice to see her happy." The two were first linked as a couple over Halloween weekend.

RELATED: See which stars got engaged in 2021

With all the buzz around Adele's new album, "30," fans may have been surprised that neither "30" nor its lead single, "Easy On Me," got a nod when the 2022 Grammy nominations were announced on Nov. 23. That's because neither were out in time to make the Sept. 30, 2021, cut-off mark for Grammy Award-eligible new releases. Grammy nod or not, it's still a good week to be Adele: According to Billboard, the singer's highly personal new album officially became the highest-selling album of the year on Nov. 21 — and that was just three days after it came out. By the end of the weekend, "30" had sold more than 575,000 copies, knocking Taylor Swift's "Evermore" out of first place for 2021 sales. "Evermore" is, however, up for Album of the Year at the 2022 Grammys. As for the rest of the 2022 nominees, "The Late Show" bandleader Jon Batiste leads with 11 nods, followed by Justin Bieber, Doja Cat and H.E.R., each of whom have eight. Billie Eilish and Olivia Rodrigo, meanwhile, have seven nominations each, including Album of the Year (see the whole list here). The Grammy Awards air Jan. 31.

RELATED: Take a look back at the best fashion from the 2021 awards season

'General Hospital' star 'let go' over refusal to be vaccinated

Steve Burton, who made his debut on "General Hospital" back in 1991, confirmed on Nov. 23 that he has been "let go" over his refusal to get inoculated against COVID-19. As he told fans and followers on Instagram, he was denied applications for "medical and religious exemptions" from the ABC show's vaccine mandate. He said the decision "hurts" but "is also about personal freedom" to him. "Maybe one day if these mandates are lifted, I can return and finish my career as Jason Morgan. That would be an honor," he later added. Steve's firing comes after he tested positive for COVID-19 in August, according to Deadline. Earlier this season, ABC confirmed actor Ingo Rademacher, who played Jasper "Jax" Jacks, exited the show rather than comply with the mandate.

RELATED: Big stars who started out on soap operas

Is this Priyanka Chopra's response to Nick Jonas breakup buzz?

This week, Priyanka Chopra Jonas ditched her married name from her bios on social media, a move that quickly stirred up rumors she and her husband, Nick Jonas, could be on the verge of a split. It hasn't helped matters that the Instagram gossip account DeuxMoi recently claimed the stars' marriage has been experiencing some "strain." But on Nov. 22, the actress seemed to be sending a low-key message that everything's just fine at home with the flirty comment she left on Nick's Instagram. His post was a "Monday motivation" clip that showed off the singer's chiseled biceps as he lifted weights in a black tank top. "D***!," Priyanka wrote after liking Nick's post. "I just died in your arms… 😍 🥵 ❤️." If it's over, somebody should probably tell Priyanka …

Michael Strahan is following in William Shatner's footsteps and heading into space, courtesy of Jeff Bezos. "Blue Origin, they approached me and they asked if I wanted to be a crewmember, and without hesitation I said yes," the "Good Morning America" anchor revealed on the Nov. 23 episode of the long-running show. He'll reportedly travel in the New Shepard capsule from the Amazon founder's Blue Origin company, the same vehicle in which Bill traveled to space last month. "I think being there [to cover] the first launch, it really was mind-blowing," Michael explained on "GMA." "Innovators have been risk-takers. The Wright Brothers – how would we live without a plane now? We don't think about things like that, and I believe that this is a way of being innovative, creative pioneers in aviation, now space travel. It's gonna take a while, but I do believe that it's gonna bring a lot of technological breakthroughs and also innovation to us here on Earth. I just wanted to be a part of it." Michael's crew mates on the Dec. 9 flight will include Laura Shepard Churchley, whose father, Alan Shepard, was the first American to travel into space in 1961.

The 30th season of "Dancing With the Stars" wrapped up on Nov. 22, with NBA star Iman Shumpert and his pro partner, Daniella Karagach, winning the coveted mirrorball trophy. And while the winners themselves were clearly happy to win, Iman's wife, Teyana Taylor, sounded even more excited when she congratulated the two on Instagram. "THE LEVEL OF PROUD I AM IS TEWWWWWW MUCH TO EVEN PUT IN WORDS!!! WOW. congrats @imanshumpert @daniellakaragach i am proud but NOT shocked!!!! YALL GOT THAT! AS YOU SHOULD! WELL DESERVED!!" the singer wrote in part. Her sweet and gushing tribute went on to thank Iman and Daniella "for trusting one another, believing in one another" and "most importantly foot working that" trophy "home." Second place went to Jojo Siwa, who, along with her pro partner Jenna Johnson, was heralded as the frontrunner this season. "Nobody likes to lose. Nobody does," she said after the finale, according to Hollywood Life. Despite the loss, she added that second place is still better than being sent home, and she's "grateful for the things that I've won throughout being here." Click here to see who came in third and fourth in the season 30 finale.

One day after he was crowned 2021's Favorite Rock Artist at the American Music Awards, Machine Gun Kelly was apparently frustrated to learn he'd been snubbed by the Recording Academy. "[What] is wrong with the grammys," the rapper and singer tweeted after the 2022 Grammy nominations were announced on Nov. 23. None of the music on MGK's pop-punk fifth studio album, "Tickets to My Downfall," scored a nomination. "Trust me. You deserve a Grammy but the Grammys don't deserve you," wrote one fan in response to the news. "You made it more than clear how passionate you are and how strong the movement, they have no idea how talented you really are! We love you man." Last year, The Weeknd vowed to boycott the Grammys going forward when his "After Hours" album failed to earn any nominations despite its massive success. The "Blinding Lights" singer could still win an award at the 2022 ceremony, though, for his contributions to nominated new music from Kanye West and Doja Cat.

Whitney Port opens up about what's next after her pregnancy loss

Whitney Port says she's trying to stay "strong and positive" after her recent pregnancy loss. The "Hills" alum shared a candid update on the Nov. 23 edition of her "With Whit" podcast, where she admitted she'd been feeling "hopeful" the baby would make it after showing signs of viability. Instead, as she and her husband, Tim Rosenman, revealed on Nov. 17, the doctor concluded there was no heartbeat. "It just felt like Groundhog's Day, like, just the feeling of grief is all too familiar," said Whitney, 36. She went on to share her doctor's advice that she try a fertility specialist should she and Tim want to try again. Whitney previously suffered two pregnancy losses and a chemical pregnancy before getting the sad news earlier this month, according to People. She also opened up about feeling torn about what to do next. "Because the thought of not having a second kid makes me feel already too regretful …," she explained. "But then, the thought of having to go through this physical illness and nausea of the first trimester is daunting and scary and taxing. I literally have not been able to do anything," she continued, saying later that she's also been "depressed because I felt like I was letting everybody down." In the end, Whitney said she just wants to "take it day by day … be honest about my feelings … but also try my best to be strong and positive." 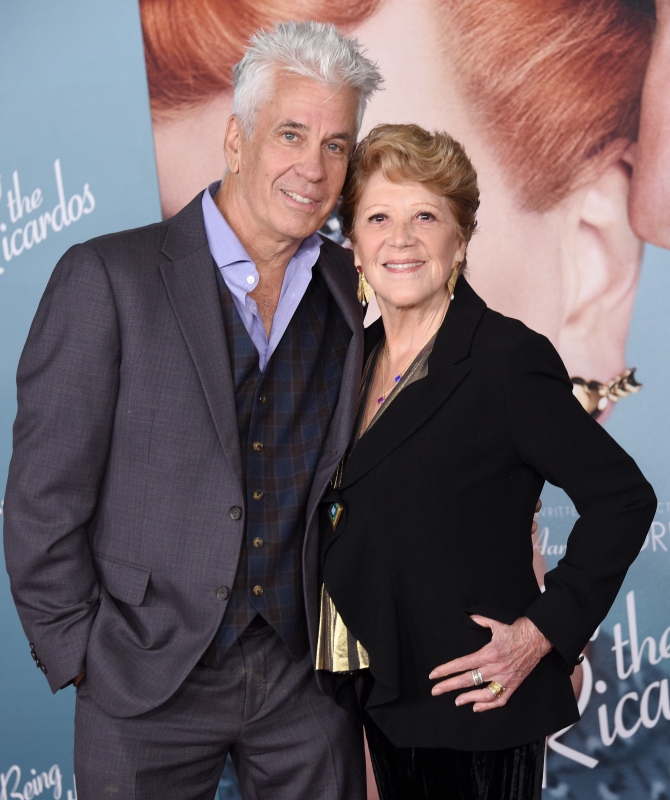