Believe it or not, quite a few of you favorite A-listers started their careers on soap operas. In celebration of the 47th Annual Daytime Emmy Awards on June 26, 2020, which honor the best in daytime drama, Wonderwall.com is taking a look back at some of the celebs who launched their careers on soaps, starting with this "Black Panther" star. After appearing on the acclaimed television series "The Wire," Michael B. Jordan went on to appear on 59 episodes of the popular ABC soap "All My Children" as Reggie Porter Montgomery from 2003 to 2006. Keep reading for more…

RELATED: The most successful soap stars

Lacey Chabert was one of Hollywood's most charming child actresses — so it's no surprise she also acted in a popular soap! Before her days as a Salinger sibling on "Party of Five," she played Bianca Montgomery in "All My Children" from 1992 to 1993. She's pictured here with soap sensation and "AMC" mom Susan Lucci.

"House of Cards" star Robin Wright appeared on the soap "Santa Barbara from 1984 to 1988 as Kelly Capwell Conrad, the beautiful daughter of C.C. Capwell.

Margot Robbie played Donna Freedman on the Australian soap opera "Neighbours" from 2008 to 2011.

Leonardo Dicaprio played young Mason Capwell on an episode of "Santa Barbara" in 1990.

"This Is Us" star Justin Hartley starred as Fox Crane, the wealthy grandson of a ruthless billionaire, on NBC's "Passions" from 2002 to 2006.

Before she was known as Amy Santiago on "Brooklyn Nine-Nine," Melissa Fumero appeared on the long-running soap "One Life to Live." She played Adriana Cramer from 1998 to 2011. Fun fact: Melissa met her husband, David Fumero, on the series!

Before he voiced Mufasa or Darth Vader, James Earl Jones was an up-and-coming soap opera star. In 1966, he played Dr. Jerry Turner on "As the World Turns" (pictured) and Dr. Jim Frazier on "Guiding Light."

Hayden Panettiere was only 5 years old when she landed her first role in 1994. She played Sarah Roberts, the daughter of super-couple Tina Lord and Cord Roberts, on ABC's "One Life to Live." She left the show in 1997 to star as Lizzie Spaulding on CBS's "Guiding Light."

While she's best known as Dominic Toretto's younger sister from the "Fast & Furious" franchise, Jordana Brewster is another celebrity who got her start on a soap opera. From 1995 to 2001, she starred as Nikki Munson on CBS's "As the World Turns."

Vivica A. Fox got her start on the NBC soap opera "Generations." From 1989 to 1991, the actress played Maya Reubens.

From 1985 to 1987, Julianne Moore played Frannie Hughes on "As the World Turns." In this photo, she's seen cozying up to actor Steve Bassett, who had the part of Seth Snyder. Seth and Frannie were engaged on the soap.

Long before she was known as Monica Geller on "Friends," Courteney Cox made her acting debut as Bunny on "As the World Turns" in 1984. Over the next three years, she moved from daytime to primetime with roles on TV shows like "The Love Boat," "Murder, She Wrote" and "Family Ties" (pictured).

Eva Longoria was a dramatic diva on "Desperate Housewives" for years, but she got some of those skills from her "The Young and the Restless" days. She starred on the daytime soap as Isabella Brana from 2001 to 2003.

After getting her start on a soap, Renée Elise Goldsberry went on to craft an impressive career — from starring as an original cast member in the hit Broadway musical "Hamilton" to appearing in the acclaimed family drama "Waves" alongside Sterling K. Brown. Before making it big, the actress played attorney Evangeline Williamson on the ABC soap "One Life to Live" from 1999 to 2007.

Meg Ryan played Betsy Stewart on CBS's "As The World Turns" from 1982 to 1984. As Betsy, she got to marry Steve Andropoulos, played by Frank Runyeon.

Years before his Oscar nominations and blockbuster movies, Tommy Lee Jones played Dr. Mark Toland on "One Life to Live." The future A-lister starred as the cunning physician from 1971 until the character's on-screen death in 1975.

How adorable! Two years before the release of her Disney film "The Parent Trap," Lindsay Lohan appeared on the soap opera "Another World." From 1996 to 1997, she played Alli Fowler on the daytime drama.

Prior to becoming an Academy Award winner, Allison Janney appeared on "Guiding Light." In 1995, she took the role of Ginger, the Spaulding maid.

Before former Menudo member Ricky Martin was singing "Livin' La Vida Loca," he was playing the role of Miguel Morez on ABC's "General Hospital" from 1994 to 1996.

Long before she was a star on "Melrose Place" or "Desperate Housewives," Marcia Cross was a scheming socialite on daytime television. Her first role was that of Tanya on "Another World" in 1986. A year later, she played Kate Sanders, a jilted anthropologist, on "One Life to Live."

Back in 1999, Josh Duhamel starred on ABC's "All My Children" as Leo Du Pres.

If you can remember Cassie and Andrew Carpenter's wedding on "One Life to Live," you might remember a young Ryan Phillippe being there. He played Billy Douglas from 1992 to 1993.

Have mercy! Before he was Uncle Jesse on "Full House," John Stamos played Blackie Parrish on ABC's "General Hospital" from 1982 to 1984. In this photo, he's seen with actress Danielle Von Zerneck, who took on the part of Louisa "Lou" Swenson.

A young Demi Moore was a star on ABC's "General Hospital," where she played the role of investigative reporter Jackie Templeton from 1981 to 1984.

Brad Pitt got his acting break on the primetime soap "Dallas" (pictured) playing Randy from 1987 to 1988. In 1987, he also played a guy named Chris on "Another World."

Before she was the lead on "Buffy the Vampire Slayer," Sarah Michelle Gellar starred as Kendall Hart Lang on ABC's "All My Children."

Mark Hamill would eventually become an international superstar thanks to "Star Wars," but he started out as a little-known actor on "General Hospital." He played Kent Murray, Jessie Brewer's teenage nephew, on the ABC soap in 1972.

Before Kelly Ripa ever hosted "Live! With Kelly and Ryan" or "Live! With Regis and Kelly," she was on ABC's "All My Children." The talk show host met husband Mark Consuelos there, and — as seen in this photo — their characters Hayley Vaughan and Mateo Santos had some serious chemistry!

Alec Baldwin starred on CBS's nighttime soap opera "Knots Landing." He played Joshua Rush from 1984 to 1985. His character was killed when Joshua fell off a roof.

Years before Susan Sarandon was an Oscar winner, she was a young teen on two soap operas. She played single mother Patrice Kahlman on "A World Apart" on ABC and troubled murderer Sarah Fairbanks on CBS's "Search for Tomorrow" between 1970 and 1972.

Kevin Bacon began his career with small roles on two soap operas. He starred as Todd Adamson on "Search for Tomorrow" in 1979 and T.J. "Tim" Werner on seven episodes of "Guiding Light" in 1980. He's pictured here planting a wet one on co-star Kristen Vigard on "Guiding Light."

David Hasselhoff took on the role of Snapper Foster on "The Young and The Restless" from 1975 to 1982 and reprised the role briefly in June 2010.

We all know Laurence Fishburne from his "Matrix" days, but back in the '70s, he was an up-and-coming child star. Laurence originated the role of Josh West, a downtrodden kid and adoptee, on "One Life to Live" from 1973 to 1976.

Before her big role as Mona Lisa Vito in "My Cousin Vinny," Marisa Tomei was on CBS's "As the World Turns." She played Marcy Thompson in 1984 and starred alongside Christian LeBlanc, who played Michael Baldwin.

Alison Sweeney started playing Sami Brady on "Days of Our Lives" in 1993. She left Salem in 2014 but returned for a special episode in 2015. Since then, she's starred in a couple of TV movies: "Murder, She Baked: A Plum Pudding Murder Mystery" and "Murder, She Baked: A Peach Cobbler Mystery." She also hosted "The Biggest Loser" for eight years.

Before Christopher Reeve suited up as Superman, he starred as Ben Harper, the adult son of a main character, on "Love of Life." The future Clark Kent portrayed Ben from 1974 to 1976. 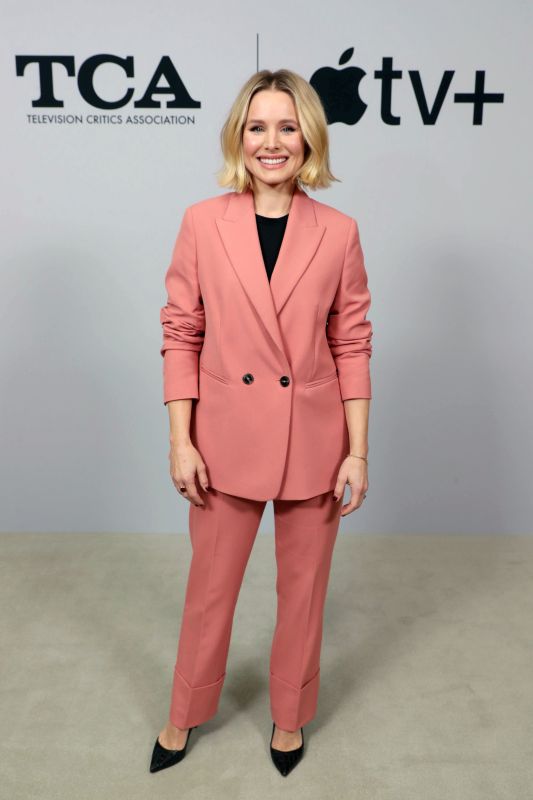 Up Next Big birthdays