"The Matrix Resurrections" hits theaters on Dec. 22, 2021, and with this long-awaited fourth installment in the film series, Keanu Reeves reprises his iconic role as Neo. In honor of the flick's release, Wonderwall.com is taking a look back at the star's life in pictures.

Keanu Reeves was born in Beirut, Lebanon, in 1964 to a Hawaiian father ("Keanu" in Hawaiian means "cool breeze over the mountains") and an English mother. He bounced around with his mom after his dad left the family when he was just a kid, eventually landing in Toronto, where he cut his teeth acting in local theater productions, in commercials and on various Canadian TV shows. He's seen here posing for a portrait circa 1989.

In 1986 Keanu Reeves made his feature film debut in "Youngblood," seen here.

In April 2021, a bearded and wild-haired Keanu Reeves — who in November 2020 was named in a New York Times listicle as one of the 25 greatest actors of the 21st century (so far) — was photographed heading to the set of "John Wick 4" outside Berlin, Germany. The fourth film in the action-thriller franchise is set to be released over Memorial Day weekend 2022. But first, he'll star in a fourth film in the rebooted "The Matrix" franchise, which was shot in 2020 and is set for a December 2021 release. 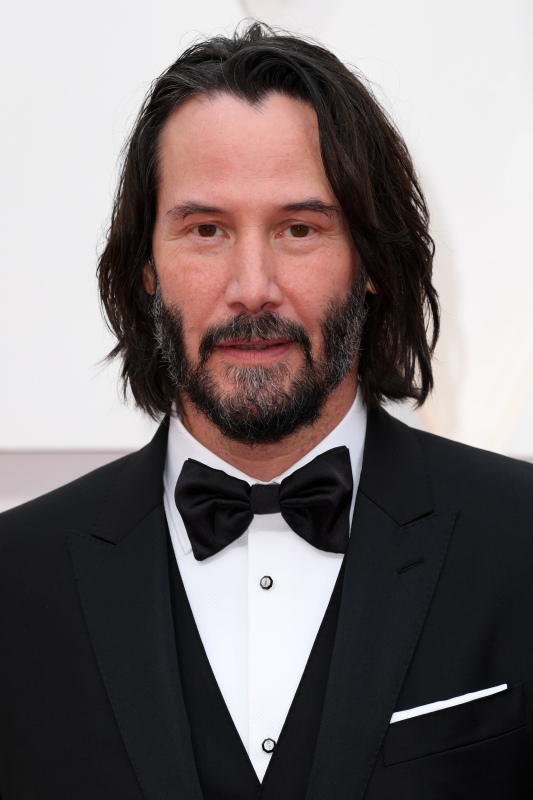