From his blockbuster films to his high-profile romances, Tom Cruise is the quintessential movie star. In celebration of his 56th birthday on July 3, 2019, Wonderwall.com is taking a look back at the "Mission: Impossible" franchise actor's incredible life through pictures. Keep reading for Tom's photo flashback!

RELATED: 1980s action stars: Where are they now?

Tom Cruise was born in 1962 in Syracuse, New York, where he grew up in near poverty. His mother was a special education teacher and his father — whom Tom's described as "a merchant of chaos," a "bully" and a "coward" — was an engineer who often physically abused him. After Tom's mother left his dad, he attended Glen Ridge High School in New Jersey, where he discovered acting. In 1980 — the same year this photo was taken — he graduated and moved to New York City to pursue acting full time. Tom, who briefly considered a career as Catholic priest, then moved to Los Angeles.

It didn't take long until Tom Cruise began to find acting success in Hollywood. He landed two supporting roles — in 1981's "Endless Love" and "Taps" — before hitting it big with his role as Steve Randle in "The Outsiders." Future movie stars Emilio Estevez, Rob Lowe, Matt Dillon and Ralph Macchio joined him in the 1983 flick, along with established star Patrick Swayze.

Tom Cruise shot to stardom after he portrayed Joel Goodsen opposite Rebecca De Mornay in 1983's "Risky Business." The film was a critical and commercial success that grossed more than $63 million against a $6.2 million budget and went on to become a 1980s classic.

Rising star Tom Cruise and Cher are seen together in this undated photo from the mid-'80s, around the time they shared a brief romance. "I lived in his apartment," the diva told Oprah Winfrey in 2008 of her short-lived affair with the actor. "He was so wonderful. And I was so crazy about him."

Tom Cruise truly achieved superstar status when he played Maverick in 1986's "Top Gun." The action flick was a huge blockbuster that grossed more than $356 million at the box office, which is the equivalent of almost $816 million in 2019 dollars. Nearly 30 years after its release, "Top Gun" was selected by the U.S. Library of Congress for preservation in the National Film Registry after being deemed "culturally, historically or aesthetically significant."

Tom Cruise and Mimi Rogers quietly tied the knot on May 9, 1987, after a year of dating. The couple, pictured here at a 1989 Academy Awards afterparty, divorced after about two and a half years of marriage. Tom did take one thing from their short-lived union, however: his passion for Scientology, a religion he enthusiastically still practices today.

Tom Cruise scored his first Golden Globe win and first Oscar nomination in 1990 for his performance in "Born on the Fourth of July." He attended the Academy Awards on March 26, 1990, with his mom, Mary Lee Mapother, on one arm and new girlfriend Nicole Kidman on the other. The couple tied the knot on Christmas Eve later that year.

In 1993, Tom Cruise and wife Nicole Kidman became a family of three. The lovebirds adopted 2-month-old Isabella Jane in January that year. The family was photographed in Central Park in 1994. They later added to their brood when they adopted 2-week-old Connor Antony in February 1995.

In 1994, Tom Cruise starred alongside fellow A-listers Brad Pitt, Antonio Banderas and Christian Slater in "Interview With the Vampire." He received rave reviews for his performance as Lestat de Lioncourt and the movie went on to gross more than $233 million.

In 1996, Tom Cruise produced the movie "Mission: Impossible," a reboot of the 1960s TV series, and starred in it as superspy Ethan Hunt. The action flick became the third-highest grossing film of the year with more than $457 million in ticket sales. He would reprise the iconic role in 2000's "Mission: Impossible 2."

"Show me the money!" Tom Cruise and Cuba Gooding Jr. gave us one of the greatest scenes of all time in 1996's "Jerry Maguire." The romantic sports drama, which co-starred then-newcomer Renee Zellweger, was a critical and commercial success, plus Tom earned a Golden Globe and his second Oscar nomination for his performance as sports agent Jerry.

In 1999, Tom Cruise and Nicole Kidman starred in their third film together, filmmaker Stanley Kubrick's "Eyes Wide Shut." The couple are pictured here at the Los Angeles premiere that July. Tom also starred in "Magnolia" in 1999, earning himself another Golden Globe nomination and another Academy Award nod.

A year and a half after "Eyes Wide Shut" came out, Tom Cruise ended his decade-long marriage to Nicole Kidman. He filed for divorce in February 2001 while Nicole was unknowingly pregnant. She later suffered a miscarriage. "He was huge; still is," Nicole told "Today." "To me, he was just Tom, but to everybody else, he is huge. But he was lovely to me. And I loved him. I still love him."

It didn't take long for Tom Cruise to bounce back in the love department. He began dating Spanish actress Penelope Cruz after the two co-starred in 2001's "Vanilla Sky." The couple are pictured here at the film's Los Angeles premiere in December 2001.

In early 2004, Tom Cruise and Penelope Cruz parted ways after a three-year romance. They're seen here on one of their final red carpets together that January.

One year after his split from Penelope Cruz, Tom Cruise and Katie Holmes made their debut as a couple at the David di Donatello Awards in Rome in April 2005. The following month, Tom made headlines for jumping on a sofa while gushing over his new real-life leading lady during an appearance on "The Oprah Winfrey Show." The iconic pop culture moment was soon spoofed across the internet and even in films like 2006's "Scary Movie 4."

On June 16, 2005, Tom Cruise asked Katie Holmes to be his wife on the Eiffel Tower in Paris. The following week, they were photographed sharing a passionate kiss on the red carpet at the premiere of his film "War of the Worlds" in New York City.

That same month, June 2005, Tom Cruise stirred up controversy during an interview with Matt Lauer on the "Today" show. During the heated discussion, the A-list actor addressed Scientology and his issues with psychiatry, which he called "pseudoscience." The conversation was prompted by Tom's public criticism of Brooke Shields' endorsement of antidepressants, which she'd written about in her book "Down Came the Rain: My Journey Through Postpartum Depression."

On April 18, 2006, Tom Cruise and Katie Holmes welcomed daughter Suri Cruise. The baby girl made her public debut in the October 2006 issue of Vanity Fair in a cover story featuring exclusive photos shot by Annie Leibovitz. The family is pictured here in the Maldives that December.

Tom Cruise has long maintained a close relationship with his older children, whom he raised as Scientologists after his split from their mom, Nicole Kidman. Tom, Connor Cruise and Isabella Cruise are all pictured here at the Los Angeles premiere of his film "Valkyrie" in December 2008.

Tom Cruise reprised his role as Ethan Hunt in 2011's "Mission: Impossible – Ghost Protocol," the fourth installment in the film series. The action flick was not only critically acclaimed but also a huge money maker: "Ghost Protocol" brought in nearly $695 million at the box office, becoming Tom's biggest commercial success to date (unadjusted for inflation). He's seen here at its December 2011 premiere.

Tom Cruise spent some quality time with his youngest child, Suri Cruise, at Disneyland in January 2012. Daddy and daughter are seen here taking a spin on the Mad Tea Party ride at the Anaheim, California, amusement park.

In 2012, Tom Cruise starred as Jack Reacher in the film adaptation of British author Lee Child's 2005 novel "One Shot." Like many of Tom's films before it, "Jack Reacher" was a critical and commercial success, grossing $216 million worldwide.

Tom Cruise carried daughter Suri Cruise during an outing in New York City on July 18, 2012, just weeks a few weeks after Katie Holmes filed for divorce and he turned 50. The dad and daughter went to Walt Disney World together later that month and were photographed on a mini-golf outing in New York's Adirondack Mountains in September 2013, but have not been seen together publicly since then.

In July 2015, Tom Cruise returned to the role of Ethan Hunt in "Mission: Impossible – Rogue Nation," the fifth installment in the "Mission: Impossible" franchise — the 16th highest grossing film series of all time. The A-list actor, who frequently performs his own stunts, has garnered attention for the plane stunt he shot for the film, which he's called "undoubtedly the most dangerous thing I've ever done."

Tom Cruise experienced a rare miss in 2017 when he starred in a reboot of "The Mummy." The adventure film was critically panned and a box-office bomb, with reported losses of around $95 million. He's seen here at the movie's June 2017 premiere.

In 2018, Tom Cruise once again played Ethan Hunt, this time in "Mission: Impossible – Fallout," the sixth movie in the iconic film franchise. "Fallout" continued the previous films' legacy as a blockbuster with more than $791 million in ticket sales as well as a wildly high 97 percent fresh rating with critics on Rotten Tomatoes. For this one, Tom again did his own stunts, which included dangerous motorcycle chases in Paris, a building-to-building roof jump (he badly broke his ankle), a high-altitude, low-opening (HALO) parachute jump from the back of a C-17 military transport plane (which he did 106 times to get all the shots!), and a helicopter chase and fight with co-star Henry Cavill. "I trained for a year and a half to fly the helicopter," Tom told The Hollywood Reporter. 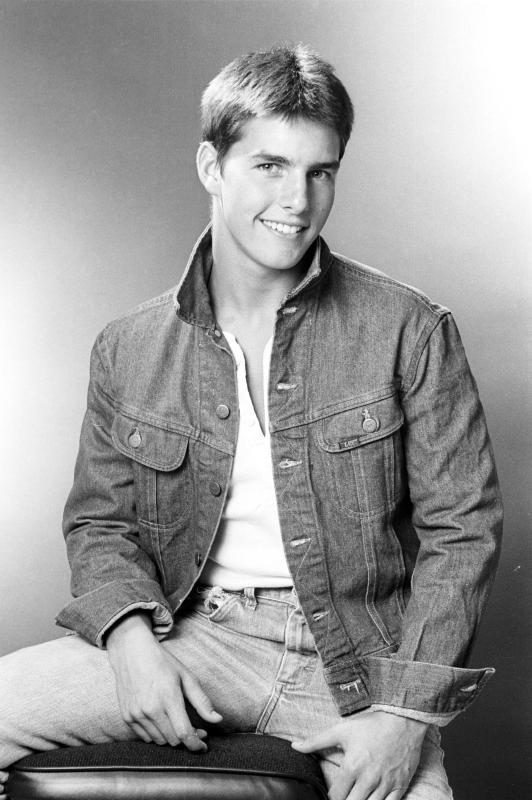 Up Next Life In Pics