Wednesday, July 21, would have marked Robin Williams' 70th birthday, a milestone the late comic and actor's son, Zak Williams, marked with a message on Instagram that read, "Dad, on what would be your 70th birthday, I would want you to know that your incredible spirit lives within us. Our family will be celebrating you and your memory today. We miss you and love you always!" The 38-year-old mental health advocate also spoke candidly on "The Genius Life" podcast about what his dad went through after being misdiagnosed with Parkinson's disease prior to his death in August 2014. "What I saw was frustration," Zak shared on (via People). "What he was going through didn't match one to one [with what] many Parkinson's patients experience. So, I think that was hard for him." As Zak and his family would learn years after Robin's death, the comic was not suffering from Parkinson's at all. Instead, he had Lewy body dementia, an extremely common, if underdiagnosed form of progressive dementia. "There was a focus issue that frustrated him, there were issues associated with how he felt and also from a neurological perspective he didn't feel great. He was very uncomfortable," Zak recalled, adding that his father was prescribed intense drugs — for the wrong illness — that were "really hard on the mind and the body" and may have made things worse for the star. Compounding the situation, Zak said, was the fact that what Robin was actually dealing with affected thing like his ability to control his movement, which made for obvious "challenges performing his craft." Robin's daughter, Zelda Williams, 31, stayed quiet on Twitter in the days leading up to her dad's birthday, as she does each year around the anniversary of his passing.

On the heels of the 20th anniversary of "Legally Blonde" earlier this month, Mindy Kaling has finally ponied up a mini-update on "Legally Blonde 3." "The Office" alum is currently writing the screenplay with "Parks and Rec" writer Dan Goor, but it seems they have a ways to go before there's much to share. "[We're] still working on our first draft," Mindy told Andy Cohen this week on "Watch What Happens Live." "… Just capturing the voice and things like the 'Bend and Snap; has been an intimidating part of creating the sequel," Mindy explained. "There are so many iconic moments in [the movies] that we have to come up with our new version of that. So, that's intimidating." Reese Witherspoon, whose prolific production company Hello Sunshine is producing Elle Woods' return to the big screen, is set to come back as Elle, now two decades further along in her law career. And Mindy confirmed on "WWHL" that Jennifer Coolidge — aka Elle's nail salon pal Paulette — will "1000 percent" appear in the new movie. Most of the rest of the cast has yet to be announced, but Us Weekly reports a few of the original stars have expressed interest, including Luke Wilson, who played Elle's Mr. Right, Matt Davis, who played her Mr. Wrong, and Holland Taylor, who played Elle's inspiring law teacher. "Legally Blonde 3" is currently slated for a May 2022 release, per Us.

After laying low in recent months amid his split from Kim Kardashian, Kanye West is stepping back out into the spotlight — and he's bringing the fastest woman in the United States with him. Ahead of the rapper's planned "Donda" album release on July 23, Beats By Dre released a new ad featuring 'Ye's new song, "No Child Left Behind," which serves as the soundtrack to a video ad featuring Sha'Carri Richardson. The record-setting track and field star won't compete at the Tokyo Olympics this month because of a failed drug test that showed THC in her system — she's since explained she cracked under the pressure of dealing with her biological mother's death one week the Olympic trials — but she will star in a second Beats ad from Dre and 'Ye. "There will be ups and down in life, but it's important to remember to RUN YOUR OWN RACE," the 21-year-old athlete captioned an Instagram post of the first commercial on July 20. "Love to @beatsbydre and @kanyewest for the support. Another commercial and another new Ye song dropping tomorrow! DONDA out on Friday! Let's goo🔥." Kanye, meanwhile, returned to Instagram this week for the first time in two years. His first post was a photo of his gold chains that feature the names of the four kids he shares with Kim. The Sha'Carri / Beats ad was the second. "Donda," named after Kanye's late mom, was due out last July but was never released.

RELATED: Photos of celebs at the Olympics through the years

Chrissy Teigen worries she could be canceled 'forever'

Chissy Teigen isn't sure she'll ever recover from the hit her reputation took as a result of her cyberbullying scandal. In the meantime, her plan is to mind her own business. "I have decided I'm not getting involved in anyone's s— ever again," Chrissy told a TMZ cameraman who caught up to her this week. Asked how long she could be relegated to the "cancel club," the model and foodie replied, "I don't know, it could be forever. I have no idea … All I can do is live my life and take care of my kids and family. Everyone else can make their choice." Chrissy's past abusive tweets came to light in May when former reality star, Courtney Stodden, who is non-binary, revealed that in 2011 and 2012, Chrissy had attacked them with deeply hurtful messages on social media. Chrissy later apologized, posting, "I'm mortified and sad at who I used to be I was an insecure, attention seeking troll," as part of a lengthy mea culpa. Multiple brands yanked her sponsorship and other deals with them despite her post-op regret. Last week, she shared that she was "depressed," suffering from racing thoughts and couldn't figure out how to "snap out of" feeling "lost" and disconnected.

In her new memoir, "The Great Peace," Mena Suvari reveals that from the time she was 12 until she was 20, she experienced "repeated sexual abuse." She also writes candidly about how she turned to drugs as a teen to numb the pain of the trauma. By the time she appeared in "American Beauty" in 1999, she tells People, she was "living a double life," one in which the newly minted star was playing another character. "Every time I would go on a set. Every time I was interviewed, I was acting the whole time. It was another role for me to play. That I was OK," says Mena, now 42. In her book, Mena recounts having been raped by a friend of her older brother in sixth grade. A few years later when she was 15, Mena was lured into a sexual relationship she didn't want with her then-manager, she writes. "By this time my family had pretty much fallen apart," Mena recalls. "… I didn't feel like I had any other options or was worthy of a life that was any different." At 16, she began dating someone she calls Tyler in the book. He would go on to abuse her emotionally and sexually — and Mena eventually found she could escape with drugs and the rave scene in Hollywood. "I turned to any form of self-medicating I could find, just to get by," she says. "I was just trying to survive." Finally, Mena kicked Tyler — and the drugs — to the curb. She says she sought therapy and a support network and started to heal. Today, the actress is happily married and recently welcomed her first child. "I hope I can help someone else see their value," she tells People of why she's sharing her story. "If I can lessen the pain for someone else, then I want to do it, because I didn't have that person."

When Kenny Rogers sang, "You gotta know when to hold 'em …," Taylor Swift must have been taking notes. This week, Taylor's Republic Records label announced she's yanked her newly re-recorded "Fearless (Taylor's Version)" from the pool of contenders for this year's Grammy and CMA Awards. As a rep explained to Billboard, the original, 2008 recording of "Fearless" "has already won four Grammys including album of the year, as well as the CMA Award for album of the year in 2009/2010 and remains the most awarded country album of all time." Instead, the singer plans to focus on awards eligibility for her ninth studio album, "evermore," which she'll offer up "in all eligible categories," according to the outlet. The approach is meant to avoid having voting members split their votes among Taylor's various 2020 releases. "Fearless (Taylor's Version)" was the singer's first in a series of six albums she plans to re-record in the interest of profiting off her own music after Scooter Braun bought and later sold the masters to her pre-"Lover" back catalog. In March 2021, Tayor made Grammy Awards history when her eighth studio album, "folklore," released just prior to "evermore," won Album of the Year, making her the first woman to win Album of the Year three times.

Gael Garcia Bernal and his girlfriend expecting first child together

Gael Garcia Bernal and his girlfriend Fernanda Aragonés are expanding their family. Fernanda, a writer, model, joined Gael for the New York City premiere of his new film "Old" this week, where she showed off her bump. Both Gael and Fernanda have children from previous relationships, according to ET. In a recent discussion about parenting with the outlet, the "Mozart in the Jungle" star noted that one of the highlights of being a parent is that, "sometimes you don't realize that you did really well without knowing." Gael, 42, also shares a son and a daughter with his ex, Dolores Fonzi. His baby with Fernanda will be the couple's first.

On July 21, Harvey Weinstein pleaded not guilty to 11 counts of sexual assault and rape in Los Angeles, Page Six reports. The former producer was transferred earlier this week to the West Coast from upstate New York, where he's been serving a 23-year sentence for sex crimes he was convicted of there. Weinstein, 69, did not speak except to say "thank you" to the judge during his latest arraignment on charges that were first brought in January 2020, before more were added to the case. The charges stem from alleged incidents with 5 women. Per Page Six, Weinstein could face "another 140 years to life" in prison if convicted. In both the New York and Los Angeles charges, he has maintained all his sexual activity was consensual. His next hearing is July 29. 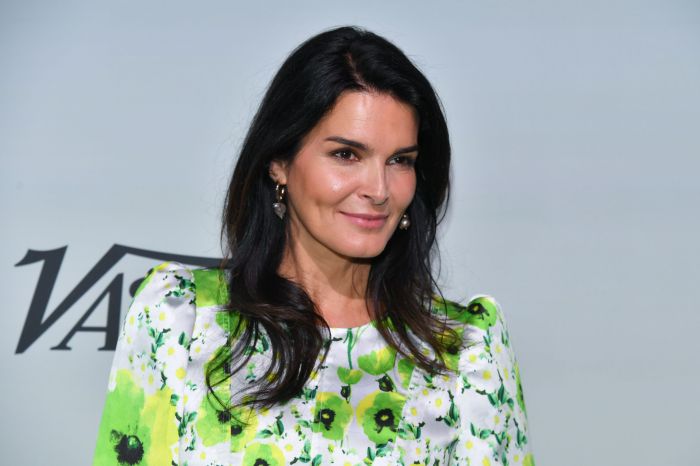