"Since nobody is awake reason why Ive been feeling sick on and off lately is because yes, I am pregnant! *GASPS******Ok, bye."

Then she deleted her message. Because Tila is all about discretion. (Celebitchy)

So last night America got a new "American Idol." And, okay, he's somewhat cute and talented but — let's just say it — nowhere near as awesome as the guy who should have won (pictured, left; Adam, you were robbed). Thank goodness MSN has rounded up the best and worst moments of the season so you can live it all over again. (MSN TV)

What's up, boyee? Don't act like you don't know that Spencer Pratt's rap single drops today on iTunes. So sign up for an account and insert a valid credit card number, then listen to some dopetastic rhymes. (US)

Orlando Bloom's model girlfriend, Miranda Kerr, showed up at Cannes sporting a big ring. Now everyone thinks they're engaged and going to have, like, a million ethereally beautiful elfin babies. (Celebitchy)

Beyonce says she feels best when her body is curvier. We've never felt Beyonce's body, personally, but we're inclined to agree with her. (US)

Amy Winehouse has been hospitalized again after she reportedly went on a "booze bender." We guess the fresh St. Lucia air wasn't enough to keep Amy high on life. (Celebuzz)

Bette Midler and 50 Cent recently got chummy at a garden party. Yes, you read that sentence correctly. Maybe she was advising him to check out JDate? (Mirror)

LeAnn Rimes held up her ring finger to a throng of TMZ photographers who were badgering her about the state of her marriage. Class act, but we think in such cases a lady should feel free to use another finger. (TMZ)

Another Kardashian store has been vandalized, this time in L.A. Our theory that a rival gang of boutique-owning sisters is behind the crimes is looking more and more reasonable. (Celebuzz) 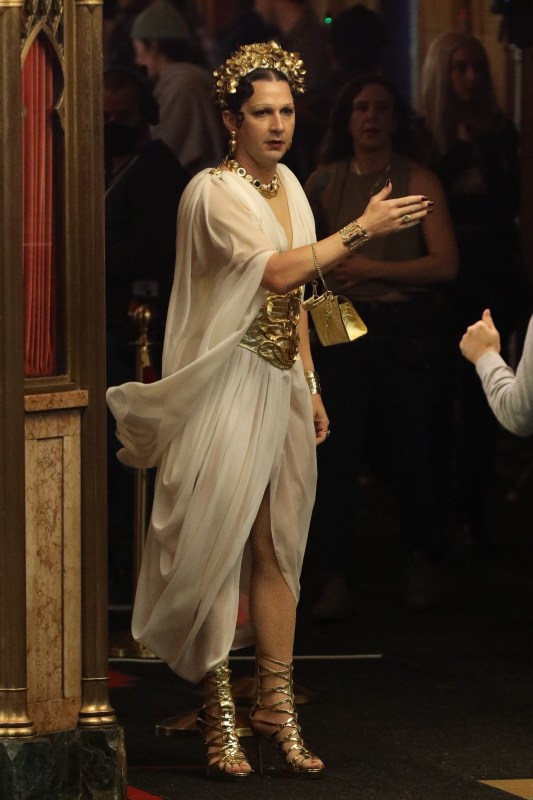