Kim Kardashian recently posted photos to her Web site of her sporting a "Twilight"-inspired look.

All right, celebrities. We get that you're as vampire-obsessed as the rest of America. Isn't it about time to move on to pirates or ninjas or crazy scary clowns or something new? (US)

Friends say Jessica Simpson was "blindsided" by her breakup with Tony Romo. Now she's "sad, mad, and confused." Seriously, what do we have to do to get a Jessica Simpson-Jennifer Aniston "wounded woman" reality project going? (People)

Justin Timberlake admits he's not as sexy as Robert Pattinson because "God loved him more than me." Don't worry, Justin. Rob probably doesn't have his own golf course or fancy specialty tequila to drink while putting on it. (E! Online)

Rejoice, Kristin Cavallari fans! (We're sure there are one or two of you out there.) The blond reality starlet is signed up for not one, but two seasons of "The Hills." (Socialite Life)

Pregnant newlywed Kendra Wilkinson says her baby is kicking, and she's reasonably sure it isn't just gas. Isn't the gas explanation for when the baby smiles? Not for in utero soccer games? (Celebuzz)

Courteney Cox and David Arquette have both signed on to appear in the fourth "Scream" movie. Proof that it's never too late to go back to the teenage-slasher franchise that brought you together in the first place. Aww. (Popsugar)

Stars like Scarlett Johansson have gotten a lot of mileage out of the Hollywood glam look. Want to get it for yourself? Elle.com has a video guide and all the tips you need. (Elle)

All the world loves Neil Patrick Harris. But how do you like him best? On the big screen in THC-heavy cameos like "Harold & Kumar Go to White Castle"? On TV in "How I Met Your Mother"? Or playing awards show host, like he will at the upcoming prime-time Emmys? Cast your vote at the People's Choice Awards Web site. (PCA) 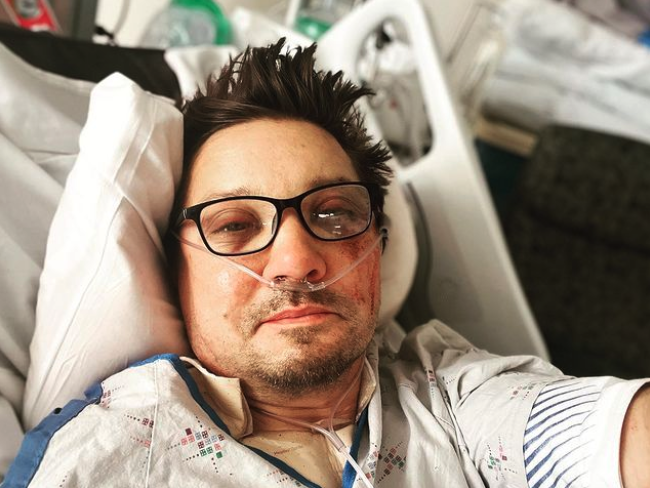