Have you heard that Disney is launching their very own streaming service, Disney+? Beginning on Nov. 12, 2019, Disney fans will have access to hundreds of shows, films, documentaries and video shorts on the platform, including brand-new content we're super-excited to watch. Join Wonderwall.com as we check out the new streaming series, movies and more headed to Disney+… starting with the live-action remake of "Lady and the Tramp." Based on the 1955 animated classic, this reimagined movie features the voices of Tessa Thompson as Lady and Justin Theroux as Tramp, two dogs from different sides of the track who are destined to go on an adventure and, of course, fall in love. Keep reading to learn more about the new content coming to this exciting streaming platform…

Fans of the "Star Wars" universe can rejoice, because Disney+ is bringing the first ever live-action series in the franchise to life with "Star Wars: The Mandalorian," which debuts on Nov. 12, 2019. Set five years after "Return of the Jedi," the film follows a Mandalorian bounty hunter (played by "Game of Thrones" actor Pedro Pascal) in an epic space Western adventure that looks as intricate and exciting as the movies that have preceded it.

Just in time for the holidays, Disney+ is debuting the hilarious comedy film "Noelle" starring Anna Kendrick and Bill Hader. The movie, which arrives on Nov. 12, 2019, takes audiences on a merry ride to find out what happens when Santa's sister has to take the sleigh reigns and save the family business.

"High School Musical" is going meta and we're here for it. On Nov. 12, 2019, Disney+ is bringing us the fresh scripted comedy show "High School Musical: The Musical – The Series," which is set at East High School. It centers around a group of students (played by Matt Cornett, Olivia Rodrigo, Joshua Bassett, Sofia Wylie and more) who audition for and eventually star in the high school's first musical.

Disney+ fans are about to get a whole lot smarter thanks to Jeff Goldblum's new series, which premieres on Nov. 12, 2019, and aptly titled "The World According to Jeff Goldblum." Throughout the first 12 episodes, Jeff takes viewers on a quirky journey to learn the surprising backstories of some rather ordinary things like ice cream, makeup and even coffee.

The Nov. 12, 2019, Disney+ premiere of "Encore!" takes high school reunions to a hilarious new, reality TV-inspired level. Actress Kristen Bell serves as the series host who, each episode, brings together a grown-up cast of former high school stage actors to recreate the play in which they starred as teenagers. Tensions, cliques, friendships and rivalries all reemerge as these adults tap into the acting bravado of their youths.

"Toy Story 4" fans are in for a treat with the new Disney+ animated short series "Forky Asks a Question," which premieres on Nov. 12, 2019. In these 10 mini-episodes, Forky — a handcrafted toy made from a Spork — seeks answers to important questions about love, life and cheese.

Although it's not slated to arrive on Disney+ until 2020, we are so excited for the upcoming animated series "Monsters at Work." Featuring our favorite cast of scary monsters including Mike Wazowski, Sulley, Yeti and more, the series picks up where the movie "Monsters Inc." left off and will even include the original voice actors like Billy Crystal, John Goodman, John Ratzenberger and more.

Disney+ is celebrating heroes who don't wear capes: On the streaming documentary series "Marvel Hero Project," we'll get a chance to learn about kids all across the country who are out in the world doing brave, kind and amazing things in their communities. Even without mutant powers, these young leaders are proving that everyone can be a superhero if they try.

Fans of Disney theme parks will love the six-episode docu-series "The Imagineering Story," which explores the history of Disney's famed parks from their inception through today. The first episode premieres on Nov. 12, 2019, and takes viewers on a journey to learn how Disney's greatest creators brought favorite rides and concepts to life.

Coinciding with the release of the coffee table book of the same name, Disney+ brings us the 52-episode short docu-series "One Day at Disney" beginning on Dec. 3, 2019. It takes a behind-the-scenes look at some of the Walt Disney Company's most talented employees, from the veterinarian who treats the animals at Walt Disney World Resort to the actor who plays Rafiki in Madrid's stage production of "The Lion King."

Hilary Duff will be back on our screens in 2020 with the Disney+ reboot of the beloved adolescent series "Lizzie McGuire." All grown up, Lizzie's living and working in New York City while engaged to a hunky restaurateur. Now in her 30s, Lizzie's likely got a lot of thoughts about her adult life and we can't wait to hear them all.

Based on the 2013 bestselling children's book of the same name, the live-action movie "Timmy Failure: Mistakes Were Made" is coming to Disney+ in 2020. Starring young Winslow Fegley as Timmy, the lighthearted comedy follows the young detective and his imaginary best friend — a giant polar bear named Total — as they run their sleuthing agency, Total Failures.

Kicking off exclusive new Marvel content on Disney+ is the 2020 limited series "Falcon and the Winter Soldier" starring "Captain America" and "Avengers" actors Anthony Mackie and Sebastian Stan. There have also been rumors that Chris Evans might reprise his Captain America role for two episodes on the series, making us even more excited for the premiere!

Another Marvel series coming to Disney+ is "Loki," which debuts in 2021. The actor who made Loki one of our favorite characters in the Marvel Cinematic Universe — Tom Hiddleston — is coming back to play the beloved (and naughty) adopted Asgardian. According to The Hollywood Reporter, the series will follow the titular anti-hero as he "pops up throughout human history as an unlikely influencer on historical events." Marvel Studios President Kevin Feige has indicated that all of the Marvel content coming to the Disney+ platform will have "ramifications that will be felt throughout the MCU."

Disney+ has the plot of "WandaVision" — starring "Avengers" franchise actors Elizabeth Olsen as Scarlet Witch and Paul Bettany as Vision — under wraps, meaning we're going to have to wait until closer to the series premiere in 2021 to learn more. Elizabeth told Buzzfeed News that the series "does a beautiful job" showing "how Wanda becomes the Scarlet Witch." Said the actress, "We've never referred to her as 'the Scarlet Witch' on camera before. She's always just been Wanda. And this is that opportunity, and it's a big character deep dive. It's going to be really exciting and, I think, satisfying show for fans." Kat Dennings and Randall Park will reprise their MCU roles of Darcy Lewis and Agent Jimmy Woo on "WandaVision," while Kathryn Hahn will portray a new character she's described as a "nosey neighbor." The nearly two-year wait until the series airs is going to be a tough one!

Another Marvel series coming to Disney+ in 2021 is "Hawkeye" starring Jeremy Renner as Clint Barton and Hailee Steinfeld as a new superhero, Kate Bishop. The series reportedly centers on Kate — a member of the Young Avengers — who fills the void left by Hawkeye following "Avengers: Endgame."

Have you ever wondered what could have happened in some of your favorite Marvel films if something in the storyline gone differently? Disney+ is bringing lovers of fanfiction the opportunity to explore the many unique possibilities with the 2021 animated series "What If…?" which promises to take audiences into "uncharted territory" in the MCU. 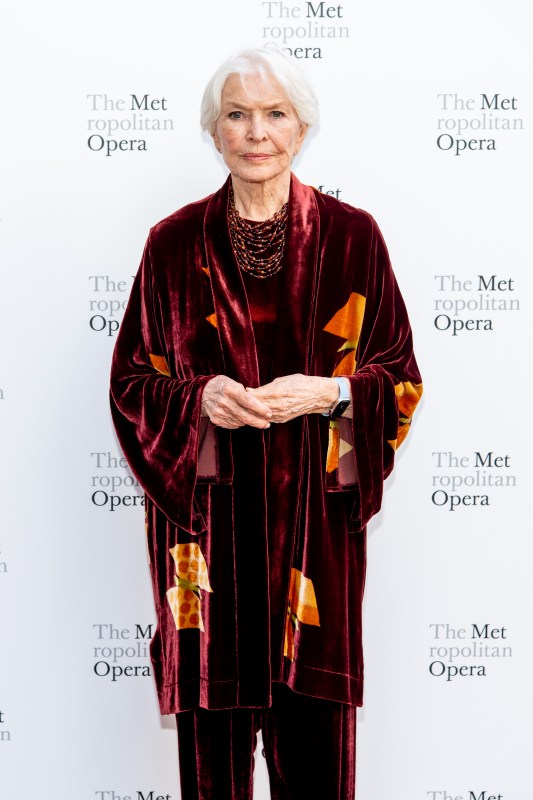