Ready to settle in and watch a classic coming-of-age flick? You're in luck! Wonderwall.com has rounded up some of our favorite movies about this pivotal period, and we're starting with 2017's "Lady Bird," which gave us a unique take on getting through high school. Christine, played by Saoirse Ronan (who picked up a best actress Golden Globe for her performance), is struggling with all the usual teenage issues while simultaneously not falling into any of the usual movie high school stereotypes. As a senior at a Catholic high school in California, Christine renames herself Lady Bird and falls for all the wrong guys while dreaming of escaping to the East Coast, giving a realistic portrayal of high school in the '00s. Keep reading for more…

If you like your coming-of-age flicks with the requisite high school stereotypes, 1985's "The Breakfast Club" is the perfect pick. A small group of teens from different cliques are forced to spend time together during an all-day detention and end up discovering that they have way more in common than they realized. The film is considered to be one of the best movies of that decade.

Frances Houseman, better known as Baby (played by Jennifer Grey), is just 17 when she heads to the Catskills for a vacation with her family. "Dirty Dancing" follows what happens as she unexpectedly finds love with 25-year-old Johnny Castle (played by Patrick Swayze), one of the resort's dance teachers. The love story really struck a chord with audiences and aside from having a fabulous soundtrack, it was a smash hit at the box office at the time of its 1987 release.

"Clueless" is based on Jane Austen's "Emma" but with a perfectly '90s spin. It follows Cher Horowitz (Alicia Silverstone), a wealthy Beverly Hills high schooler, as she navigates school and playing matchmaker for her pals while growing up and discovering that she might have feelings for her older stepbrother, Josh (the ageless Paul Rudd). The 1995 flick has established a cult following thanks to its beloved characters. It even spawned a TV show and a book series.

While most films focus on high school, Bo Burnham's 2018 movie "Eighth Grade" taps in to an equally pivotal development stage — junior high. The film follows Kayla, perfectly played by Elsie Fisher, as she navigates the challenges of trying to fit in and be cool during this painful period. Critics lauded it for its realistic portrayal of middle school life.

There's a reason "Moonlight" took home the Academy Award for best picture — this flick is a flawless portrayal of growing up! The 2016 film follows Chiron throughout his life — from childhood to adolescence to young adulthood (he's played by Alex Hibbert as a child, Ashton Sanders as a teen and Trevante Rhodes as a grown-up). This unique perspective not only gives you a glimpse into how he came of age but it lets you see how he transforms into a man and deals with topics like sexuality and identity.

Flashbacks and flash-forwards in 1995's "Now and Then" show four close friends from childhood to adulthood, but it's the film's depiction of their '70s youth that captivated audiences. The girls are 12 years old in 1970 and the movie shows all the growing pains of the era while also letting you peek into the future and see where they all ended up. Though it was originally panned by critics, this flick gained new life after developing a cult following.

It's only fitting for one of the most famous coming-of-age books of all time's film version to make the list! 1962's "To Kill a Mockingbird" centers around 6-year-old Scout Finch (Mary Badham) as she watches a trial in which her father, Atticus, is defending a falsely accused man in town. The famous story translated into a stellar movie that earned eight Academy Award nominations (and winning three!).

"The Perks of Being a Wallflower" hit the big screen in 2012. It stars Emma Watson, Ezra Miller and Logan Lerman as high schoolers who don't fit in. Charlie just got out of a mental health care institution and has a tough time finding friends before meeting Sam and her stepbrother Patrick, with whom he bonds. The flick is a different take on the high school experience that explores mental health issues and celebrates young love and the idea of finding your tribe.

Another classic coming-of-age film from the '80s? "Stand by Me," a 1986 flick about four preteen boys that's set in 1959. The movie, which stars Wil Wheaton, River Phoenix, Corey Feldman and Jerry O'Connell, follows their characters as they come across a dead body on a hike. The film, which was based on a novella by Stephen King, was a big hit upon its release and is considered a classic today.

While most coming-of-age flicks have a serious tone, "Napoleon Dynamite" was a breath of fresh air in 2004. This surprise smash-hit comedy — which was originally an indie film that reportedly only paid star Jon Heder $1,000 — centers around awkward 16-year-old Idaho high school student Napoleon and his friendships with transfer student Pedro and shy Deb. Even though this tiny comedy — which memorably shows Napoleon performing a now-iconic dance routine to "Canned Heat" by Jamiroquai — had a small original release, its popularity spread like wildfire and it eventually earned $44 million at the box office.

One of the most glamorous coming-of-age tales? "Almost Famous." The 2000 Cameron Crowe film, which stars Patrick Fugit as high schooler William Miller, chronicles the beginning of the teen's journalism career as he gets taken under the wing of fictional band Stillwater. He ends up hitting the road with the group to write an article and gets acquainted with groupie Penny Lane (famously played by Kate Hudson), whom he falls for while growing up with a front row seat to the world of rock stars. It earned an Academy Award for best original screenplay, a Golden Globe for best motion picture musical or comedy and a Grammy for best compilation soundtrack.

1989's "Say Anything" is one of the most well-known coming-of-age flicks ever, and it's had some serious staying power despite its '80s setting. The teen romantic comedy follows Lloyd Dobler (John Cusack) and his love story with Diane Court (Ione Skye) as the couple graduate from high school and deal with the growing pains of transitioning into adulthood.

2018's "Love, Simon" was the first teen film made by a major Hollywood studio to feature a gay lead. This coming-of-age tale chronicles a closeted high schooler (played by Nick Robinson) living in Georgia, shedding light on his experience and showing the trials and tribulations of hiding that aspect of his personal life.

Only "Boyhood" lets you see an actor age before your eyes! The 2014 film was written and directed by Richard Linklater and shot over 12 years from 2001 to 2013, allowing actor Ellar Coltrane to grow up in front of the camera and mature into a young adult. The film was beloved by critics and ended up winning a best motion picture drama Golden Globe Award.

"Juno" was a smash hit when it debuted in theaters in 2007. When the titular character (played by Ellen Page) finds herself pregnant in high school, she ends up going on a quest to find the right adoptive parents for her baby. This twist on a typical high school coming-of-age flick earned an Academy Award for best original screenplay and also featured a killer soundtrack.

In 2009's "An Education," Carey Mulligan played Jenny, a high schooler who gets seduced by an older man, David (played by Peter Sarsgaard). Though her life goes from that of a bored average teen to a jetsetter seemingly overnight, she eventually discovers that David is not what he seems — he's actually a married con man. This critically acclaimed flick picked up three Academy Award nominations the following year.

For a dose of growing up in the '50s, "Rebel Without a Cause" delivers the perfect tale of suburban, middle class high school students in Los Angeles. James Dean stars as Jim Stark, a teen in trouble with the law who also has troubles at home, who finds other fellow angsty teens to commiserate with. The film, which uniquely highlighted the battles going on between parents and children during that time in American history, has since become a classic.

"Call Me by Your Name," which i set in Italy in the '80s, gave a fresh perspective on coming of age as it showed a relationship between 17-year-old Elio (Timothee Chalamet) and 24-year-old graduate student Oliver (Armie Hammer). Based on the book of the same name, it follows the couple's secret romance as Elio matures, though things eventually go south between the passionate pair. The 2017 film won a best adapted screenplay Oscar.

2016's "The Edge of Seventeen" stars Hailee Steinfeld as Nadine, a high schooler trying to survive her junior year. It's during this year that she deals with a friend's betrayal and issues at home, which include battling her mother and brother years after her father's death. Though it wasn't a smash hit at the box office, it was a big success with critics who loved the coming-of-age tale. 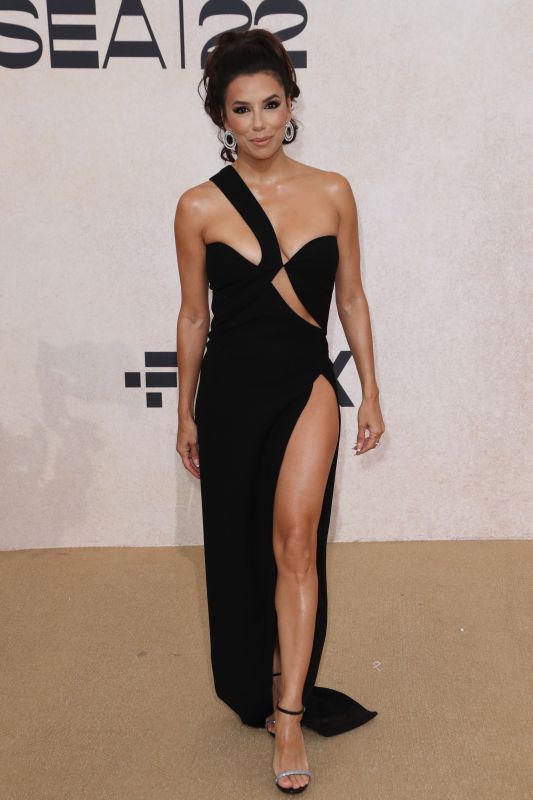