On April 6, 2018, the real-life political thriller "Chappaquiddick" arrives in theaters. The film is about Ted Kennedy's mysterious 1969 car accident on Massachusetts' Chappaquiddick Island that left his 28-year-old campaign strategist, Mary Jo Kopechne, dead. When it was discovered that the 37-year-old senator — the brother of John F. Kennedy and Robert Kennedy — didn't report the accident until 11 hours later, a scandal ensued that caused many to question his innocence. To mark the film's release, Wonderwall.com is taking a look at the cast of this long-awaited drama. Keep reading for more…

In the 2018 biographical thriller "Chappaquiddick," Australian actor Jason Clarke stars as Senator Ted Kennedy, the man at the center of a troubling car crash that left one woman dead and many questions unanswered.

Jason Clarke is best known for his roles in some of the biggest dramas over the last six years including "Zero Dark Thirty," "The Great Gatsby," "Dawn of the Planet of the Apes" and "Mudbound," which earned him a SAG Award nod. The 48-year-old Australian star was also a regular face on the TV drama "Brotherhood" from 2006 to 2008 where he starred as Tommy Caffee. In addition to his role as the beleaguered Senator Ted Kennedy in "Chappaquiddick," Jason returns to the big screen in 2018 with four other films including the biographical drama "Winchester" with Helen Mirren and the war drama "The Aftermath" co-starring Keira Knightley. Jason's married to French actress and model Cecile Breccia. They share a 3-year-old son and have another baby on the way.

RELATED: Meet the cast of the animated flick "Isle of Dogs"

In "Chappaquiddick," Kate Mara stars as Mary Jo Kopechne, the campaign strategist who drowned when the car she was riding in with Senator Ted Kennedy careened off a bridge and crashed into a tidal channel, trapping her inside.

Kate Mara most recently took on the title role in the 2017 military biopic "Megan Leavey." Kate, whose little sister, Rooney Mara, is also a famous actress, was a regular on the primetime drama "House of Cards" from 2013 to 2016. Kate is next set to star on "Pose," a dramatic musical series about New York high society in 1986. Kate — whose family members founded both the Pittsburgh Steelers and the New York Giants — married her "Fantastic Four" co-star Jamie Bell in 2017.

Comedian and actor Jim Gaffigan stars as former Massachusetts U.S. Attorney Paul Markham in "Chappaquiddick." Paul was a friend of Senator Ted Kennedy's who reportedly went to the site of the crash to (unsuccessfully) help the politician rescue Mary Jo Kopechne, who was trapped in his car and submerged underwater. Paul later delivered a statement to police from Ted about the accident.

Known best for his work as a stand-up comic, three-time Grammy-nominated actor and comedian Jim Gaffigan has a career in Hollywood spanning more than two decades. In 1997, Jim landed small roles in two movies: "Reflections of a Sensitive Man" and "Fool's Paradise." In addition to performing live shows, the Indiana-born star was best known as Andy Franklin on the comedy series "My Boys." From 2015 to 2016, Jim headlined his own series, "The Jim Gaffigan Show," about a couple raising five children in a two-bedroom apartment in New York City. Jim has six other roles on the horizon, including as the voice of Peng in the animated film "Duck Duck Goose" and as Frank in the comedy "You Can Choose Your Family." Since 2003, Jim's been married to actress and comedian Jeannie Gaffigan, who in 2017 underwent surgery to remove a benign brain tumor. They share five children.

In "Chappaquiddick," Ed Helms stars as Joe Gargan, Senator Ted Kennedy's cousin who was on the island the night of the tragic accident.

Before Ed Helms starred in 2009's "The Hangover," he was best known as Andy Bernard on the NBC comedy series "The Office" (for which he and his castmates won a SAG Award in 2008). In fact, Ed's no stranger to long-running TV roles. From 2004 to 2013, he also had a recurring part on the comedy series "Arrested Development" and from 2002 to 2015, he was a correspondent on "The Daily Show." Up next for Ed are two films, "A Futile and Stupid Gesture" (he not only stars but also executive produced it) and the comedy "Tag," which co-stars Jon Hamm and Hannibal Buress.

In the 2018 political thriller "Chappaquiddick," Andria Blackman (back left) stars as Senator Ted Kennedy's wife, Joan Kennedy. Joan and Ted had only been married a year when he was involved in the accident that killed Mary Jo Kopechne.

Andria Blackman is an up-and-coming actress who's played supporting roles and worked as a stuntwoman. Her first acting gig came in 2008 in the film "My Best Friend's Girl" starring Kate Hudson. Andria's first stunt role came the following year with the mystery-crime drama "Surrogates" starring Bruce Willis. Although she doesn't have any other film roles slated for 2018, Andria also keeps busy working as a model for brands like Reebok and Lily Pulitzer.

Taylor Nichols, who stars as Ted Sorensen in "Chappaquiddick," has been making moves in Hollywood since 1990. He's appeared on TV shows like "Dr. Quinn Medicine Woman," "Murder, She Wrote," "ER," "Chicago Hope" and more. His film credits include parts in movies like the 2000 crime thriller "Boiler Room," "Jurassic Park III" and "Godzilla." Taylor's previously worked as a producer on films like "Case 219" and "Mercury in Retrograde." He's been married to Margarita de Eguilior, with whom he has two daughters, since 1995.

If Clancy Brown looks familiar, it's because he's been in so many films over the years that it's tough to count, beginning with the 1983 crime drama "Bad Boys" starring Sean Penn and 1994's beloved "The Shawshank Redemption." Clancy isn't just an acclaimed actor but also a noted voice artist who's brought to life many animated characters like Rahzar on the "Teenage Mutant Ninja Turtles" series and, most famously, Mr. Krabs on "SpongeBob SquarePants." Along with playing Robert McNamara in "Chappaquiddick," Clancy has several meaty acting and voice roles lined up next, including in the comedy "Supercon." He'll also be voicing The Stranger in the animated series "Dallas & Robo." Clancy's been married to Jeanne Johnson since 1993. They share two children.

In "Chappaquiddick," two-time Oscar nominee Bruce Dern stars as Joe Kennedy, Senator Ted Kennedy's aging father and patriarch of the politically powerful Kennedy clan. Bruce's Hollywood career, which spans six decades, began in 1960 with an uncredited role in the historical drama "Wild River." Prior to that, Bruce had experience on Broadway in three stage productions including in 1959's "Sweet Bird of Youth." Some of the actor's most notable roles include Capt. Bob Hyde in "Coming Home" and Woody Grant in "Nebraska." Along with "Chappaquiddick," Bruce — the father of lauded actress Laura Dern — will co-star in seven additional films in 2018 including the adventure "The Peanut Butter Falcon" and the biographical crime drama "White Boy Rick." 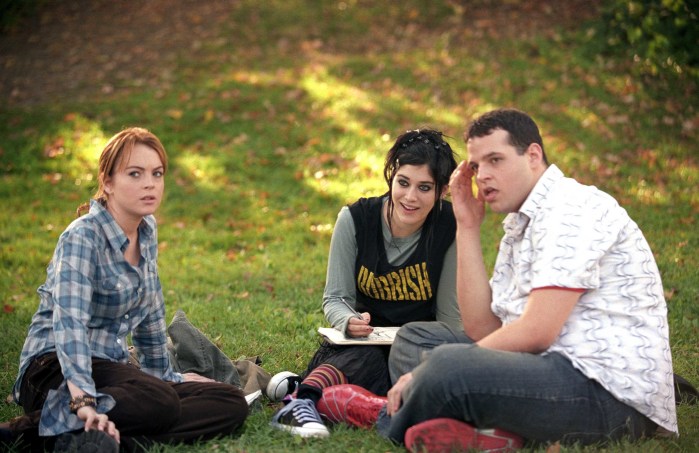