"Mary Poppins Returns" brings fans of the iconic Disney classic to the future, focusing on the Banks children 25 years later. Young Michael is now all grown up with a family of his own, and when tragedy strikes, Mary Poppins returns to once again help the family. Before this new installment hits theaters on Dec. 19, 2018, Wonderwall.com is taking a look at the cast and new characters in the film. Keep reading to meet them all…

RELATED: "Mary Poppins" cast: Where are they now?

Emily Blunt stars as Mary Poppins — the practically perfect nanny. She takes over from predecessor Julie Andrews and despite having very big shoes to fill, Emily does the role justice and then some: She's already picked up a Golden Globe nomination for best actress in a movie musical or comedy. Emily made a name for herself back in 2006 when she starred alongside Anne Hathaway in "The Devil Wears Prada" and since then has starred in films ranging from the 2012 science-fiction thriller "Looper" to the 2014 musical "Into the Woods" (which also earned her a best actress Globe nod). Offscreen, the British star is a mom of two who shares daughters Hazel (born in 2014) and Violet (born in 2016) with husband John Krasinski.

Lin-Manuel Miranda takes on the role of lamplighter Jack in the film. His tie to the old movie? Jack is a former apprentice of Bert's from the original flick (who was iconically played by Dick Van Dyke). Like Emily Blunt, Lin-Manuel already picked up a 2019 Golden Globe nomination, for best actor in a musical or comedy, his performance. Lin-Manuel might be a new face to audiences on the big screen — he's best known for his work in the theater and behind the scenes. He's the mastermind behind the songs in "Moana" and he created and starred in Broadway smash hits "In the Heights" and "Hamilton." Offscreen, Lin-Manuel is married to high school friend Vanessa Adriana Nadal, with whom he shares sons Sebastian (born in 2014) and Francisco (born in 2018).

Ben Whishaw plays all-grown-up Michael Banks — who has a family of his own now — in this new "Mary Poppins" installment. Audiences might recognize the British actor from his work in the James Bond films "Skyfall" and "Spectre," in which he played Q. His voice might also be familiar (especially to kiddos!) since he voiced Paddington Bear in "Paddington" and "Paddington 2." He picked up his first Golden Globe nomination this year, earning a best supporting actor in a series, limited series or TV movie nom for his work in "A Very English Scandal." The actor has been in a civil partnership with Australian composer Mark Bradshaw since 2012.

Emily Mortimer brings Michael's sister, Jane, to life. The character was played by young Karen Dotrice in the original "Mary Poppins." Fans will recognize Emily from her work on HBO's "The Newsroom" or her film roles in projects including 2005's "Match Point" and 2010's "Shutter Island." The actress is the proud mom of two children — son Samuel (born in 2003) and daughter May (born in 2010) — with husband Alessandro Nivola.

Mary Poppins has a cousin? Yes, in this installment, we learn about Mary's eccentric cousin, Topsy. She's played by legendary actress Meryl Streep. Meryl's been nominated for an astounding 21 Academy Awards and won three and holds the record for the actor with the most nominations and wins at the Golden Globes. Some of her most famous projects? 1979's "Kramer vs. Kramer," 1982's "Sophie's Choice," 1995's "The Bridges of Madison County," 2009's "Julie & Julia" and 2017's "The Post." Fun fact: Meryl has already starred with Emily Blunt twice before — first in 2006's "The Devil Wears Prada" and again in 2014's "Into the Woods." The star is married to artist Don Gummer, with whom she shares four kids — son Henry (born in 1979) and daughters Mary Willa "Mamie" (born in 1983), Grace (born in 1986) and Louisa (born in 1991).

The Banks' housekeeper, Ellen, is played by Julie Walters. She was a staple in the original film (then played by Hermione Baddeley). Julie is well-recognized in her native England, where she's won four BAFTA TV Awards and two BAFTA Film Awards. Stateside, she won a Golden Globe for her work in 1984's "Educating Rita," which also earned her an Academy Award nomination. And she earned another Oscar nomination in 2001 for her performance in "Billy Elliot." The star is a mom to daughter Maisie Mae (born in 1988) with husband Grant Roffey.

Michael Banks' boss, William Weatherall Wilkins, is brought to life by Colin Firth. The actor's no stranger to the big screen — he's starred in hit films like "The English Patient," "Bridget Jones's Diary" and "Love Actually," to name a few. He's also an Academy Award winner — he won a best actor Oscar for "The King's Speech" in 2011, a performance that also won him a Golden Globe that same year. Offscreen, he's married to Italian film producer Livia Giuggioli, with whom he shares sons Luca (born in 2001) and Matteo (born in 2003). He's also a dad to actor Will Firth (born in 1990) with ex Meg Tilly.

Nathanael Saleh plays John Banks, Michael's oldest son. The young star's only other role up to this point? Playing "little bird" Arthur on "Game of Thrones" in 2016. That's a pretty cool resume so far! 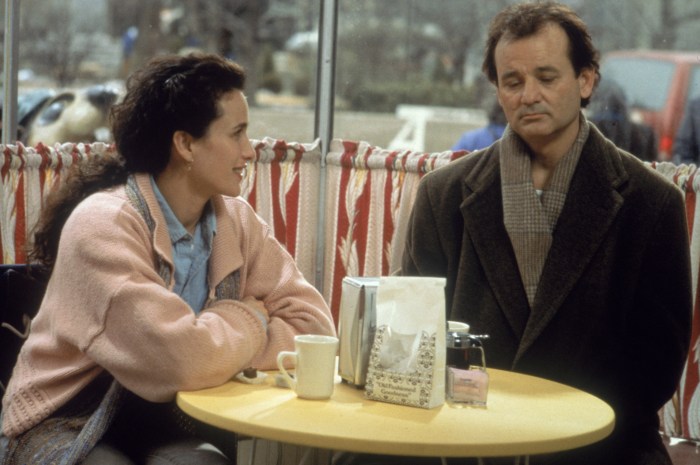