It's been 20 years since "X-Men" — which went on to launch one of Hollywood's first major superhero franchises — opened in theaters on July 14, 2000. In celebration of the benchmark anniversary, Wonderwall.com is counting down the all-time greatest "X-Men" characters. Keep reading to see where your favorite heroes, antiheroes and villains rank…

Blinked and you missed Dazzler's much awaited big screen debut in 2019's "Dark Phoenix." Halston Sage portrayed the white jumpsuit-clad mutant, who sings and dances while putting on an impressive light show for the students at the Xavier Institute. (In the comics, the character is an aspiring singer with the ability to convert sound into beams of light and energy.) She might not have a single line of dialogue in the film, but she looks really cool, and sometimes that's enough!

Gambit has always been one of our favorite X-Men, which is why we're including him in this list even though 2009's "X-Men Origins: Wolverine" completely butchered his character, shoehorning him into the story instead of giving him the big screen treatment he deserves. Taylor Kitsch portrayed Remy LeBeau in the derided Hugh Jackman-led spinoff of the original "X-Men" trilogy, which happens to be the lowest rated film of the franchise on Rotten Tomatoes. For years after that, Channing Tatum entertained the idea of starring as the Cajun mutant in a standalone project, though he finally abandoned those plans in May 2019 — once again leaving Gambit fans feeling tragically unsatisfied.

Negasonic Teenage Warhead got a major boost from the comics to the big screen thanks to 2016's "Deadpool." Brianna Hildebrand portrays the apathetic X-Men trainee who also happens to be the first openly gay character depicted in a Marvel movie. She and her girlfriend, purple-haired heroine Yukio, appeared together in 2018's "Deadpool 2" — it's the first openly queer relationship depicted in a mainstream superhero film, and that's pretty awesome in our book! Which brings us to…

Before Shioli Kutsuna portrayed Yukio as Negasonic Teenage Warhead's adorably bubbly girlfriend, Rila Fukushima brought the character to life in 2013's "The Wolverine." In the earlier iteration, the scarlet-maned mutant is an extremely skilled assassin with the ability to foresee people's deaths. She fights alongside Logan during his time in Japan, serving as a de facto bodyguard.

Aaron Stanford portrayed the emotionally volatile, pyrokinetic mutant Pyro — Rogue and Iceman's friend and classmate — in 2003's "X2" and 2006's "X-Men: The Last Stand." It comes as a huge blow to the X-Men (and especially to Bobby) when John Allerdyce defects to Magneto's Brotherhood of Mutants after going on a murderous rampage.

Several actors have portrayed Colossus over the years: Donald Mackinnon had a cameo as the Russian mutant back when he was still a student in 2000's "X-Men," but once Piotr Rasputin officially joined the X-Men, Daniel Cudmore (left) took over, portraying the hero in "X2," "X-Men: The Last Stand" and "X-Men: Days of Future Past." Our favorite iteration of the character, however, is the CGI-rendered version voiced by Stefan Kapicic that appears in 2016's "Deadpool" and its 2018 sequel. In the two spinoffs, the virtuous and eternally optimistic mutant unsuccessfully (and hilariously) attempts to recruit Wade to the X-Men while trying (and failing miserably) to teach the mercenary how to be a better person.

Lucas Till debuted as Havok — Scott Summers' older brother, Alex Summers — in 2011's "X-Men: First Class." The powerful mutant, who can absorb energy and then fire it off in blasts, is one of Professor Xavier's earliest recruits. He also undergoes one of the biggest transformations of any character in the "X-Men" franchise — from an isolated loner to a caring big brother who sacrifices everything to protect his friends… even if his plan literally backfires, resulting in one of the series' most tragic deaths.

Shawn Ashmore has starred as Iceman since 2000's "X-Men," in which he served primarily as a love interest for Rogue. Though it took until 2014's "Days of Future Past" for Bobby Drake to fully develop as a member of the X-Men — he's mainly sidelined as a fighter up until that point — he's still an original member of the crew through and through, which is why we tip our hats to him!

Alan Cumming's Nightcrawler — a deeply religious German mutant with the gift of teleportation — kicks off 2003's "X2" with one of the coolest action sequences in the "X-Men" franchise: While brainwashed, Kurt Wagner breaks into the White House and attempts to assassinate the president, teleporting around the Oval Office in puffs of blue smoke. More than a decade later, Kodi Smit-McPhee portrayed a younger version of the character — who's enslaved and forced to cage-fight other mutants — in 2016's "X-Men: Apocalypse."

Evan Peters made his debut as Quicksilver in 2014's "X-Men: Days of Future Past" — in which he lands smack in the middle of one of the best scenes in the entire "X-Men" film franchise: the Pentagon kitchen fight. The super-fast mutant Peter Maximoff, who also happens to be Magneto's son, talks a mile a minute, providing plenty of comedic relief as he races toward his goals.

It all started here! Anna Paquin's Rogue may not be the sassy superhero we know and love from the source material, but that doesn't mean we don't adore the big screen adaptation of the mutant with the ability to absorb the life force or abilities of anyone with whom her skin comes into contact. Along with Wolverine, the character is at the center of the action in 2000's "X-Men" — she basically opened the door to the whole "X-Men" film franchise!

Kelsey Grammer first brought Beast to the big screen in 2006's "X-Men: The Last Stand." Nicholas Hoult got the opportunity to flesh out the character as the younger version of the brilliant scientist Hank McCoy, who longs to be normal, in 2011's "X-Men: First Class."

Dafne Keen wowed as Laura, Wolverine's adorable but deadly clone and protégé, in 2017's "Logan." The tiny mutant, who was engineered to serve as a weapon, shares her predecessor's gifts (and many of his personality quirks) but her true superpower is the ability to steal the spotlight from Hugh Jackman. Now that's a feat!

Like Gambit, Cyclops hasn't gotten the big screen treatment he deserves over the years. (He is, after all, second only to Professor X when it comes to leading the X-Men.) James Marsden debuted as the squeaky-clean Scott Summers in 2000's "X-Men" — in which he served primarily as a foil to Logan, blocking the latter's attempts to win Jean Grey's heart. Tye Sheridan, meanwhile, has portrayed the younger version of the character since 2016's "X-Men: Apocalypse."

Halle Berry was at her all-time hottest when she debuted as Storm — the stunningly beautiful and regal mutant with the ability to control the weather — in 2000's "X-Men." (How could you not love her?) Alexandra Shipp has portrayed the younger, more troubled version of the character since 2016's "X-Men: Apocalypse."

Jean Grey finally got her moment in the spotlight in 2019's "Dark Phoenix." Sadly, critics loathed the most recent installment in the "X-Men" franchise, which also failed to make waves at the box office. Sophie Turner, who's portrayed the incredibly powerful telepath since 2016's "X-Men: Apocalypse," transformed into the titular villain, who was previously portrayed by Famke Janssen in the original "X-Men" trilogy. ("X-Men: The Last Stand" also depicted the iconic character's corruption.) "Dark Phoenix" might not have been a great film, but our love for Jean extends beyond bad reviews!

Ryan Reynolds made his big debut as assassin Wade Wilson in 2009's "X-Men Origins: Wolverine." And, boy, were fans disappointed! Fortunately, the actor redeemed himself by bringing back the "Merc with a Mouth" in 2016's "Deadpool," which was equal parts hilarious and action-packed. The spinoff was such a huge hit, it spawned a 2018 sequel.

Rebecca Romijn first brought Mystique to the big screen in 2000's "X-Men," but it was Jennifer Lawrence who fleshed out the shapeshifter and gave her heart — elevating her from beautiful henchwoman to complicated anti-heroine — in 2011's "X-Men: First Class."

Ian McKellen debuted in the role of the supervillain Magneto — Holocaust survivor Erik Lehnsherr, who will do whatever it takes to avoid being persecuted again — in 2000's "X-Men." But as Jennifer Lawrence did with Mystique, Michael Fassbender brought a whole new dimension to the character in 2011's "X-Men: First Class," which chronicled his transformation into Magneto.

Professor Charles Xavier isn't just one of the most powerful mutants on the planet — he's also the founder of the X-Men and serves as a father figure to many of the scared, gifted youngsters who've sought sanctuary at his eponymous institute over the years. Patrick Stewart first brought the character to life in 2000's "X-Men." James McAvoy then took the reins to portray a younger, more jaded version of Professor X in 2011's "X-Men: First Class." (While he does his predecessor justice, we'll always prefer the older and wiser iteration of the telepath.)

There wouldn't be an "X-Men" film franchise without the Wolverine, the reluctant hero who started it all with 2000's "X-Men." The superhero flick made a household name of Hugh Jackman, who portrayed Logan in nine films over the course 17 years. He finally said goodbye to the beloved mutant with the 2017 drama "Logan," which is widely considered the magnum opus of the "X-Men" cinematic universe. ("Dark Phoenix" was the first "X-Men" film in which he did not appear.) 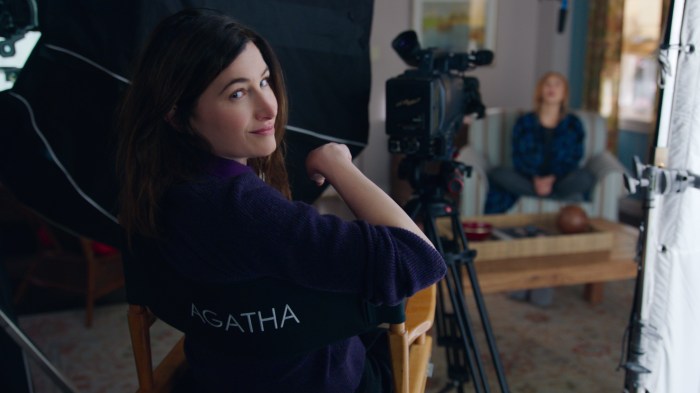