2016 has seen a a lot of big music moments! Wonderwall.com is bringing you 16 of them as the roller coaster year comes to a close. Let's start with the night Rihanna received the Michael Jackson Video Vanguard Award on Aug. 28 at the MTV Video Music Awards. At the time, she was dating Drake, who presented the award to her in an incredibly sweet speech. It even sounded like he was about to propose! "We love the music which could change styles from album to album. We love the videos which change their artistic vision from year to year. But most of all, we love the woman who hasn't changed since day one," he declared. "She's someone I've been in love with since I was 22 years old. She's one of my best friends in the world. All my adult life, I've looked up to her even though she's younger than me." Although they're no longer together, there's no denying that Drake made RiRi's award moment all the more special. Keep reading to see more of the biggest moments in music this year!

It was the first of many sad music moments this year: Rock legend David Bowie died on Jan. 10 at the age of 69 after a secret 18-month battle with cancer.

RELATED: Stories that rocked the entertainment world in 2016

Prince died on April 21 at the age of 57, sending shockwaves around the world. The music icon was found unresponsive inside an elevator at his Paisley Park home and recording complex in Minnesota. The news came just one week after he was briefly hospitalized following an in-flight drug overdose. An autopsy report released in June revealed that Prince's unexpected death was the result of an accidental self-administered opioid overdose.

Adele started her epic world tour on Feb. 29 and spent the next nine months performing tracks from her 2015 album "25" for fans at sold-out shows around the globe. But first, she made headlines for being plagued by sound issues when she took the stage at the Grammy Awards on Feb. 15. Although it was widely thought to be an issue caused by the act that followed her — Justin Bieber's team was sound-checking backstage during her performance — a CBS spokesperson confirmed to the AP that it was actually a five-to-eight-second technical issue with the broadcast that was outside the network's control.

Bob Dylan was awarded the Nobel Peace Prize in 2016. Although he wasn't physically present to accept the honor in Sweden on Dec. 10, his speech was read inside the Stockholm Concert Hall. "I'm sorry I can't be with you in person, but please know that I am most definitely with you in spirit and honored to be receiving such a prestigious prize," he wrote. "Being awarded the Nobel Prize for Literature is something I never could have imagined or seen coming. From an early age, I've been familiar with and reading and absorbing the works of those who were deemed worthy of such a distinction: Kipling, Shaw, Thomas Mann, Pearl Buck, Albert Camus, Hemingway. These giants of literature whose works are taught in the schoolroom, housed in libraries around the world and spoken of in reverent tones have always made a deep impression. That I now join the names on such a list is truly beyond words."

After a three-month break to focus on her health — during which time she entered a rehab facility — Selena Gomez returned to the stage when she won the American Music Award for Favorite Female Artist in the Pop/Rock category on Nov. 20. She accepted the award with a moving speech: "In 2014, this stage was actually the first time I was authentically, 100-percent honest with all of you. I think it's safe to say that most of you know a lot of my life — whether I liked it or not — and I had to stop. 'Cause I had everything, and I was absolutely broken inside." She ended her speech with, "If you are broken, then you do not have to stay broken."

Celine Dion accepted the Icon Award at the Billboard Music Awards on May 24, but not without some tears! She dedicated the award to her late husband, René Angélil, who died just four months prior. "René, this one's for you," she said. "The show must go on." Seal was supposed to present the award to Celine, but he instead called on her oldest son, 15-year-old René-Charles, to present the diva with the award. "I'm sorry for crying," she said. "I want to be so strong in front of my family and my kids. Most importantly, my beloved husband who I know will continue to watch over me from up above."

After releasing "Channel Orange" in 2012, critically lauded artist Frank Ocean took a four-year hiatus. Frank kept fans on their toes and pulled off one of the biggest album surprises of the year. After releasing his visual album "Endless" on Aug. 19, the singer-songwriter released his second studio album, "Blonde," the very next day.

Kendrick Lamar's performance at the Grammy Awards on Feb. 17 was all the buzz! He started it handcuffed in front of a microphone in a blue prison-like uniform and jeans, with backup dancers in chains, and performed "The Blacker the Berry." They then shed the cuffs and switched stages to a scene with a bonfire to perform "Alright." For his third song, Kendrick stood solo and performed a live, untitled freestyle. He ended the performance in front of an outline of Africa with the word "Compton" written in it. Kendrick swept the rap categories and earned five Grammys that night.

Justin Bieber gave up on his screaming fans. On Oct. 22, E! News reported that the pop star — who quit Instagram earlier this year because of abusive fan comments — grew uncomfortably frustrated on two separate occasions over his audience's habit of screaming while he sang or spoke. At his concert in Manchester, England, he said, "I don't mind cutting the bull—- because I don't need to talk," he said in between songs. "I'm just trying to engage, but if you guys don't want to do that then we can just play the music."

Taylor Swift took home Album of the Year for "1989" at the Grammy Awards on Feb. 17. In her speech, she thanked her fans over the last 10 years, the Recording Academy and her collaborators — and made what many interpreted as a dig at Kanye West, who'd claimed he made her famous in both a new track and in a lengthy Twitter rant earlier that week. "As the first woman to win Album of the Year at the Grammys twice, I want to say to all the young women out there, there are going to be people along the way who are going to try to undercut your success or take credit for your accomplishments or your fame," she said in her acceptance speech. "But if you just focus on the work and you don't let those people sidetrack you, someday, when you get where you're going you'll look around and you'll know it was you and the people who love you who put you there and that will be the greatest feeling in the world. Thank you for this moment!"

It was a dream musical combination that we never thought we'd see! Beyonce sang with the Dixie Chicks at the CMA Awards on Nov. 2. They performed a rendition of Beyonce's "Daddy Lessons" from her album "Lemonade," and it was all anyone could talk about after the show.

Britney's back! After a decade away, Britney Spears returned to the MTV VMAs stage on Aug. 31 in a little yellow number with matching thigh-high boots. She looked as good as ever and performed "Make Me…" with rapper G-Eazy. The sultry song is the lead single on her latest album, "Glory."

Was it only a kiss? After performing "Olvidame y Pega la Vuelta," exes Marc Anthony and Jennifer Lopez surprised the audience when they kissed on stage at the 17th Annual Latin Grammy Awards on Nov. 17. The next day, news broke that Marc had separated from his wife of more than two years, Shannon De Lima. While the rumor mill churned, it emerged that J.Lo and Marc are not getting back together but are currently working together on a new album. 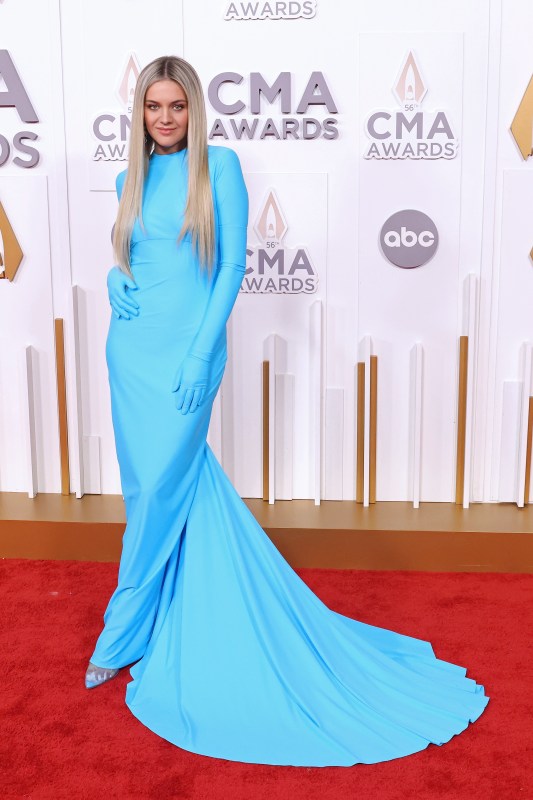