Deadline reported on Feb. 10 that CBS is eyeing a "CSI" event series to mark the 20th anniversary of the show's October 2000 premiere. The revival would be set in Las Vegas and would serve as a sequel to the original series. According to Deadline, the hope is that the show's original cast members would return for the new iteration. William Petersen and Jorja Fox have reportedly been approached about the potential project, though no formal offers have been made.

Gayle King made headlines when she asked former WNBA star Lisa Leslie during a recent interview if Kobe Bryant's "legacy is complicated" because of the 2003 rape charge against him. (The charge was dropped when the accuser declined to testify, though she later filed a civil lawsuit against the iconic athlete, which they settled out of court in 2005. Throughout the ordeal, the basketball great maintained his innocence.) As Kobe fans lashed out at the "CBS This Morning" journalist for bringing up the allegations so soon after Kobe's January death — some even sent death threats — Gayle took to social media to defend herself, placing the blame on CBS for promoting a small portion of the wide-ranging interview without context. Other bold-faced names soon came to her defense. "She's not doing well and feels that she was put in a really terrible position," said Oprah Winfrey, calling the backlash to her BFF "misogynistic vitriol to the point where it is dangerous [for her] to be in the streets alone." Wrote Amy Schumer on Instagram, "I stand fiercely with @gayleking one of the most beloved journalists, mothers and friends of our time. However you feel about her interview, her receiving serious death threats is disgustingly unfair and unacceptable. Shame on you CBS for putting her in this position." Eventually, even Snoop Dogg — who told Gayle to "back off before we come get you" — apologized for his earlier comments: "Gayle King, I publicly tore you down by coming at you in a derogatory manner based off of emotions of me being angry at questions that you asked. I overreacted," he said in a Feb. 11 Instagram video.

The Manhattan District Attorney's Office announced on Feb. 10 that it will be teaming up with the Innocence Project, a non-profit that works to exonerate the wrongly convicted, to reinvestigate the assassination of Malcolm X after new information regarding the civil rights activist's death came to light in the Netflix docuseries "Who Killed Malcolm X?" For decades, two of the men — Muhammad Abdul Aziz, who was released on parole in 1985, and Khalil Islam, who died in 2009 — convicted in the 1965 assassination have maintained their innocence, while the third man, Mujahid Abdul Halim, admitted he played a role in the assassination but insists that Aziz and Islam "had nothing to do with it."

"The Good Doctor" renewed for season 4 at ABC

On Feb. 10, ABC announced that "The Good Doctor" will be back for a fourth season later this year. Freddie Highmore has starred as autistic surgeon Dr. Shaun Murphy, who has savant syndrome, since 2017.

Florida middle-school teacher Jessie Rebhan shocked "Wheel of Fortune" fans when she correctly guessed a 13-letter, three-word puzzle with just four letters on the board during the Feb. 6 episode of the beloved gameshow. After adding the letters P, C, D and O to the board during the bonus round — which includes standard letters R, S, T, L, N and E — Jessie was left with the puzzle, "_ _ _ _ N_ / _ / _ _ _CER." The category was "What are you doing?" With just 10 seconds to make her guess, she somehow correctly answered, "Buying a juicer." As Jessie added $37K to her $52,328 winnings, host Pat Sajak exclaimed, "I don't understand this game! … This game makes no sense at all."

The stars of "Modern Family" took to Instagram on Feb. 12 to share photos and videos from their final table read after 11 seasons on the ABC sitcom. "Our last table read😪 sad because it's ending but so grateful and happy to have been able to be part of this family. It has [been] more than I ever dreamed of or deserved❤️ Gracias my Modern Family🍾🍾🍾 #11years," Sofia Vergara captioned a slideshow of photos of herself and her co-stars. "Going to miss Gloria's trailer!!🎬🎬 #11years," she captioned a selfie from her dressing room (pictured). Jesse Tyler Ferguson, meanwhile, took to his Instagram Story to share a photo of his script. "They left tissues for all of us. This is it," he added. "The last one," Sarah Hyland wrote across a shot of her name card on her Instagram Story. "Final table read of an 11 year show. Episode 250. #modernfamily #season11 #thefinalseason," Eric Stonestreet captioned a video with Trace Adkins' "You're Gonna Miss This" playing in the background. The series finale airs on April 8.

Liev Schreiber took to Instagram on Feb. 12 to address the shocking news that "Ray Donovan" will not be back for an eighth season on Showtime… even though the seventh season ended in January with a cliffhanger. He also hinted that the cult series will be back somewhere down the line. "It's hard to describe how amazing it feels to those of us in the Ray Donovan family who have been lucky enough to experience the overwhelming love and support that all of you have expressed for our show since the news broke that Ray would not return," he wrote. "What's even more incredible is that it seems your voices have been heard. Too soon to say how or when, but with a little luck and your ongoing support, there will be more Ray Donovan. So to all the Donofans who got their bats out and beat the odds. Thank you." 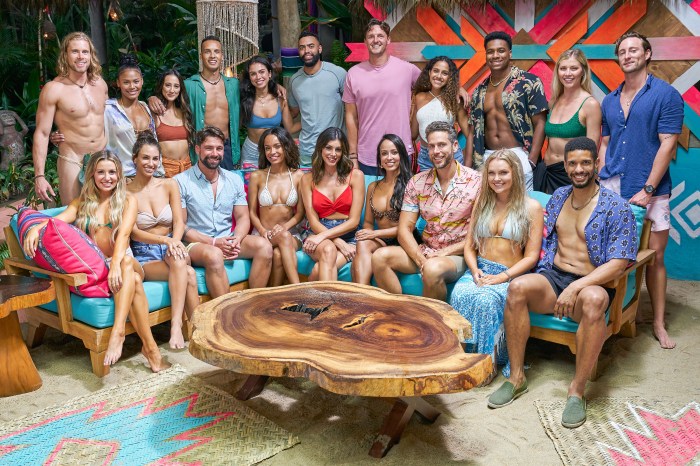