Lilly Singh is making the jump to network television! The YouTube star is hosting her own late night talk show on NBC, which premieres on Sept. 16, 2019. In celebration of the debut of "A Little Late with Lilly Singh," Wonderwall.com is taking a look at all the things you might not know (but should!) about TV's newest late night star…

Lilly Singh started her YouTube channel from nothing. She organically built a huge following by posting two pieces of scripted comedy a week (since 2010) and upwards of nine videos and vlogs a week (until late 2018) in addition to touring. Her channel now has more than 14 million subscribers and 3 billion views!

That's right, Lilly Singh is a true Canuck. She was born and raised in Scarborough, Ontario, in central Canada and didn't move to Los Angeles until 2015. That might explain why she's so nice, eh?

RELATED: The most followed celebs on social media

No. 3: She's proud of her Indian heritage

Lilly Singh is Punjabi and proud. Her parents, Malwinder Kaur and Sukhwinder Singh, are originally from Hoshiarpur, Punjab, India — a fact she loves to showcase in her comedy. "In some ways I wish Canada were more like India. You can't get the same fresh jalebis and kulfi here," she told Yahoo News. "I make it my goal to take Indian culture and stretch it. I want to show people I am Indian but that doesn't mean I have to be any different of a person. I'm outspoken, bold and driven. How's that for an Indian woman?"

Lilly Singh might have built her career on social media, but don't mistake her for a vapid YouTuber. The star graduated from York University in Toronto with a bachelor's degree in psychology. Impressive!

Lilly Singh's skills don't stop at entertainment. She's also a New York Times bestselling author. Lilly released her first book, "How to be a Bawse: A Guide to Conquering Life," in March 2017.

No. 7: She's a member of the LGBTQ community

Lilly Singh made the decision to come out as bisexual in early 2019. She opened up about the experience while chatting with Marie Claire in September: "When I tweeted about being bisexual, a lot of people told me it's bad, that I shouldn't do that, especially because I have fans in cultures around the world that might not support it," she shared. "I remember making the decision, like, 'Well, F it, you don't get to have an opinion about who I am.'"

There's a reason Lilly Singh is one of YouTube's biggest success stories. She is pee-in-your-pants, rolling-over-with-laughter funny. Some of her most hilarious and popular skits include "How Girls Get Ready" and videos featuring her fictional parents, Paramjeet and Manjeet, both played by Lilly herself.

All of Lilly Singh's hard work has definitely paid off. The new late night talk show host is one of the world's highest paid YouTubers, according to Forbes. She earned a reported $10.5 million in 2017. Cha-ching!

Lilly Singh has no problem going outside of her comfort zone as she follows her dreams. When her agent called her to audition for HBO's "Fahrenheit 451," Lilly dropped everything and recorded an impromptu video audition outside of an internet cafe in Australia at 2 a.m. "I remember being on tour, being so exhausted and thinking, 'I'm not going to tape this, I'm not gonna get it, there's no point.' But then I just strapped in… I did it and it paid off," she told the Canadian Press.

Lilly Singh is all about philanthropy. She's been a UNICEF Goodwill Ambassador since 2017 and advocates for children's rights through the #GirlLove campaign, which encourages girls to end girl-on-girl hate. In 2018, she traveled to South Africa to meet elementary school students who spoke out against bullying and classroom violence.

No. 12: She's open about her mental health journey

Lilly Singh has been incredibly open about her battle with depression and mental health issues over the years. In fact, she originally created her YouTube channel to help herself deal with her feelings. "[Talking about depression on YouTube] was definitely something super-difficult and I hate to play the race card, but especially as a South Asian female, it's really not talked about in my community at all, any type of mental illness," Lilly told People magazine. "So it was difficult to include it, but the reason I started making videos was because I was coming out of depression — and I thought there's probably so many other people out there that experience the exact same thing and no one talks about it." She continued, "I don't get why because it's nothing to be embarrassed about. It's nothing to be ashamed about. It's a part of life — the ups and downs — and I really wanted people to start talking about it so I thought I'm going to lead by example. I'm going to openly talk about it."

Lilly Singh is not the same old late night talk show host you're used to seeing. She's the first woman of color and the first openly bisexual woman to host a major network talk show. She's also made sure her writers room is 50 percent female and diverse, according to The Hollywood Reporter. "I want [the writers] to feel comfortable bringing their point of view because that's why they're in the room," she told the mag. Added producer John Irwin: "Our goal is to do half an hour of comedy. We're going to stay away from politics. Her stuff is going to be a little more personal, a little more based in her experiences." 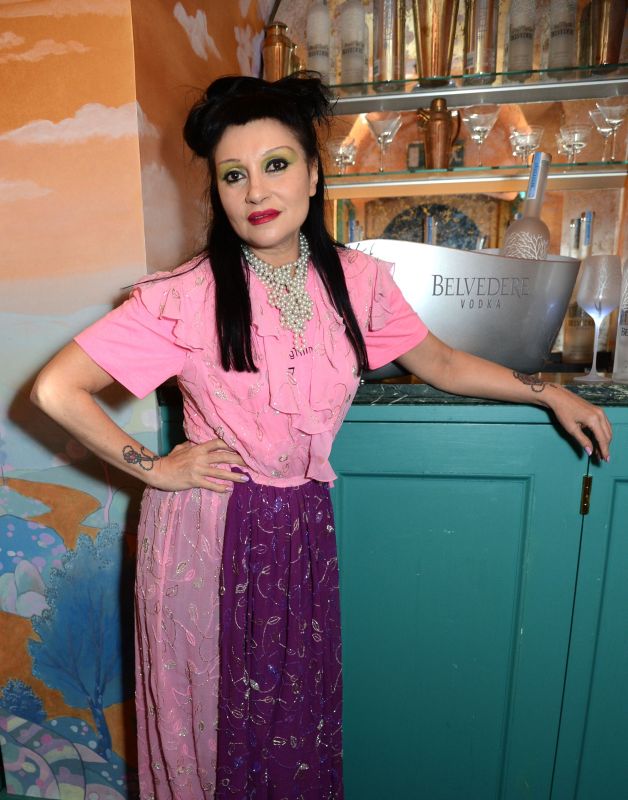