On April 11, 1970, Apollo 13 — the seventh crewed mission in the Apollo space program — was launched with the intention of landing on the moon. The lunar landing, however, was aborted two days into the mission after an oxygen tank in the service module failed. Twenty-five years later, the drama "Apollo 13" retold the story when it hit theaters on June 30, 1995. In honor of the film's 25th anniversary, Wonderwall.com is checking in on its stars to find out what they're up to now…

RELATED: Best musical movies of the '80s to stream

Since starring in "Apollo 13," Tom Hanks has continued to craft a legacy as a cultural icon. In 1995, just five months after the drama debuted, Disney's "Toy Story" hit theaters. In the film, Tom voices cowboy Woody, a role he reprised for the franchise's second, third and fourth installments. In 1996, Tom made his directorial debut with "That Thing You Do!" which he also starred in and wrote. The two-time Academy Award winner went on to appear in acclaimed films including "Saving Private Ryan," "The Green Mile," "Cast Away," "Catch Me If You Can," "The Da Vinci Code" and its sequels, "The Post" and "A Beautiful Day in the Neighborhood." The "Forrest Gump" actor is set to star in two films in 2020: "Greyhound," which he also wrote, and "News of the World." Tom will then appear in two more blockbuster films: the sci-fi drama "BIOS" and the Baz Luhrmann biopic "Elvis," in which he plays Colonel Tom Parker. While in Australia to begin preproduction on that movie in March 2020, Tom and wife Rita Wilson — whom he married in 1988 — were the first celebrities to publicly revealed they'd been diagnosed with COVID-19.

Bill Paxton went on to appear in movies including "Titanic," "Vertical Limit," "Resistance," "The Colony," "Edge of Tomorrow" and "Nightcrawler." He also took his acting prowess to the small screen, landing roles on television series like "Frasier," "Agents of S.H.I.E.L.D.," "Texas Rising" and "Training Day." He earned three Golden Globe nods for his work in the acclaimed late-aughts HBO series "Big Love" and earned Emmy and SAG Award nominations for his performance in the 2012 History channel miniseries "Hatfields & McCoys." In February 2017, Bill passed away after suffering a stroke after having heart surgery at 61, leaving behind his wife of 20 years and their two kids. His final film, "The Circle," was released two months later.

Ed Harris was nominated for his first Oscar for his performance in "Apollo 13." He's since appeared in films including "The Rock," "A Beautiful Mind," "A History of Violence," "Snowpiercer," and "mother!" and earned three more Oscar nods for his work in 1999's "The Truman Show," 2000's "Pollock" — which he also directed — and 2003's "The Hours." The New Jersey native was also praised for his portrayals of Miles Roby in the 2005 miniseries "Empire Falls" and Senator John McCain in the 2012 television film "Game Change." Since 2016, Ed has starred as the Man in Black in the critically acclaimed HBO sci-fi Western series "Westworld," which earned him an Emmy nomination in 2018. In 2020, Ed — who's been married to actress Amy Madigan, with whom he has one child, since 1983 — will appear in the sequel "Top Gun: Maverick."

After making the Ron Howard film "Apollo 13," Gary Sinise made more movies including "Ransom," "The Green Mile" (which also featured his "Apollo 13" and "Forrest Gump" co-star Tom Hanks) and "Imposter." In 1996, his performance in "Truman" earned him a Golden Globe Award for best actor in a miniseries or TV movie. From 2004 to 2013, he starred as Detective Mac Taylor on CBS's "CSI: NY" and from 2016 to 2017 played Special Agent Jack Garrett on TV's "Criminal Minds: Beyond Borders." The noted supporter of veterans organizations formed the cover group the Lt. Dan Band — which is named after his "Forrest Gump" character and performs at military bases across the globe — in Chicago in 2004. In 2020, Gary — who's been married to Moira Harris, with whom he has three children, since 1981 — appeared in the musical romance "I Still Believe." He next will star in the drama "Good Joe Bell."

The same year "Apollo 13" came out, Kevin Bacon formed the band The Bacon Brothers with sibling Michael. Their self-titled sixth studio album was released in 2018. In the last 25 years, Kevin has appeared in many films, from 1998's "Wild Things" and 2000's "Hollow Man" to 2008's "Frost/Nixon" and 2016's "Patriot's Day." In 2010, the famed "Footloose" actor earned two accolades for his performance in the 2009 war drama "Taking Chance" — a Golden Globe for best actor in a miniseries or TV movie and a Screen Actors Guild Award for outstanding performance by a male actor in a miniseries or TV movie. His latest film, "You Should Have Left," was released digitally in June 2020. He's been married to actress Kyra Sedgwick, with whom he has two children, since 1988.

Kathleen Quinlan earned a best supporting actress Oscar nomination for her work in "Apollo 13" and went on to appear in films including "Breakdown," "Breach," "Made of Honor," "Horns" and "Chimera." She also briefly appeared on television shows like "House," "CSI: Crime Scene Investigation," "Prison Break," "Glee" and "Chicago Fire." Her latest on-screen appearance was in 2019 on Shonda Rhimes' "How to Get Away with Murder." She married actor Bruce Abbott, with whom she has a son, the year before "Apollo 13" came out. 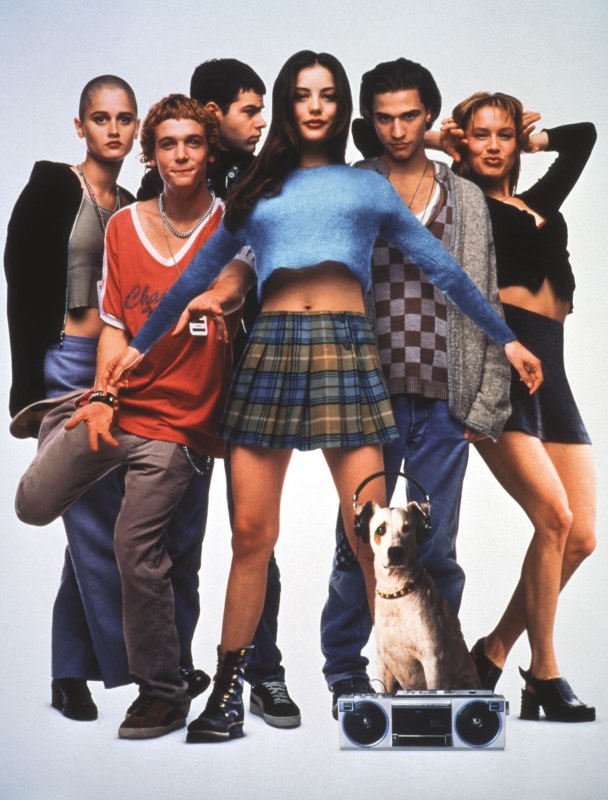 Find out what the actors and actresses from 'Veronica Mars' are up to today!