Why did Blake Lively delete all of her Instagram pics?

Blake Lively got a head start on her spring cleaning, but not in the traditional closet-purge manner. First thing on Monday morning, May 1, she did a major wipe down of her Instagram, deleting every single last one of her bubbly, beautiful pictures. The 30-year-old wasn't in fact pulling a Kanye, who recently tweeted out a message to fans about sometimes having to get rid of everything. She was just shamelessly promoting her latest movie, "A Simple Favor," in which she plays a girl gone missing, Emily Nelson. Not ironically, Blake's new account bio reads, "What happened to Emily?…" And, while all of her photos are as good as gone, Blake's 20.4 million followers remain, except that she's now only following 28 women with the exact same name as her character. If we pinky promise to go see the flick, do you think she'll bring back her envy-inducing Insta pics?

RELATED: A timeline of Meghan Markle and Prince Harry's romance

Why Lance Bass kept his sexuality a secret

Today, Lance Bass is out and proud, but that wasn't always the case. The now 38-year-old admits that as a young pop star in a boy band, he kept his sexuality a secret in fear of letting down their devout fans. "I thought if I had come out, NSYNC would be over," Lance said via Page Six at the group's Hollywood Walk of Fame star ceremony on April 30. "So I kept my secret." He also got candid about not having the strength to share his truth back then. "So many nights onstage, I'd see young, gay fans singing their hearts out and I wanted so badly to let you know, I was you." But, Lance is grateful to have found the courage to connect with all of those fans now and to be so wholeheartedly embraced by the LGBT community. He also made sure to thank his NSYNC bandmates, including Chris Kirkpatrick, JC Chasez, Joey Fatone, and Justin Timberlake, for making him into the man he is today. Lance and Michael Turchin tied the knot in 2014.

Younes Bendjima is slipping right into a fatherly role

Kourtney Kardashian, 39, and Younes Bendjima, 24, have been dating since around the end of 2016. Until recently, we haven't seen him spend much time with her kiddos, Mason, 8, Penelope, 5, and Reign, 3. But, the young model was spotted looking quite comfortable around them during a weekend outing to Nobu Malibu on April 28. "Younes seemed fatherly with the kids," an eyewitness at the restaurant told Us Weekly, "and was trying little tactics to get Mason to look up from the iPad and for Penelope to get in her chair." He even had a conversation with Mason about the prospect of getting braces and, according to the observer, picked up the tab at the end of their beachside meal. The next day, Kourtney's baby daddy, Scott Disick, 34, and his new girlfriend, Sofia Richie, 19, apparently had their turn with the kids, also spotted out on the beach in Malibu.

Ron Stahp! "Jersey Shore" star Ronnie Ortiz-Magro, 32, is used to airing his dirty laundry on reality television, but he knows that his recent Instagram fight with his baby mama, Jen Harley, went too far. "I want to apologize to my family, friends and fans," he wrote in a statement to Us Weekly on April 30. "This is a private matter that should have never been made public. I remain focused on my daughter and she is my number one priority." Over the weekend, Ronnie and Jen, who welcomed daughter Ariana Sky at the beginning of April, went back and forth calling each other names and accusing the other of cheating on social media. According to a source, the drama started after he asked her to move out. But, on the most recent episode of "Jersey Shore: Family Vacation," Ron is caught getting way too close to another woman while clubbing in Miami.

Blake Shelton is known for speaking his mind pretty freely on Twitter, but he had us scratching our heads over a quite cryptic message about karma last week. "Been taking the high road for a long time," he wrote. "I almost gave up, but I can finally see something on the horizon up there??? Wait??? Could it be?! Yep!!! It's karma!!" Fans were quick to speculate that he was throwing a jab at his ex-wife, Miranda Lambert, who has recently found herself smack dab in the middle of a cheating scandal. Reports claim that she was still with her ex, Anderson East, when she linked up with her new flame, Evan Felker, and that he was still married at the time. On top of that, one of her other exes came out of the woodwork claiming that she cheated on him with Blake back in the day. But, the country crooner made it clear that he actually had no intention of alluding to all that drama with his tweet. "It was a personal thing that's in a small circle of my people and that's why it was written the way it was," he told Extra on April 30, "and then people took it and make it into what they want to make it into, which I don't want any part of that." The "Voice" coach, 41, has since moved on with No Doubt singer Gwen Stefani, 48 (pictured).

Katt Williams under fire for throwing a shalt shaker

Katt Williams, 46, should really throw some salt over his shoulder for good luck because he's going to need it in court. The comedian is allegedly being sued by a Georgia waiter, who claims Katt got angry waiting for a table and chucked a salt shaker at his head. According to legal documents obtained by The Blast, Kevin Oliviera says he needed 10 stitches for a busted lip and is seeking damages for incurred medical expenses. Katt Williams has yet to comment on the incident, which allegedly occurred at Spondivits Restaurant back on April 27, 2016. If what the restaurant host is saying is true, we would be salty, too.

Many of the NBC News employees signed a letter in defense of legendary anchor Tom Brokaw, 78, following allegations of sexual harassment from a colleague and a former assistant. While the note, which endorses Tom's decency and integrity, was backed by 115 women, not all signatures were handed over willingly. "We felt forced to sign the letter supporting Brokaw," one staffer said via Page Six. "We had no choice, particularly the lower level staffers. The letter was being handed around the office and the unspoken threat was that if your name was not on it, there would be some repercussion down the road." While the employee claims network executives were down-low keeping tabs on signees, a rep for NBC News says that management had no part in it and claims that the letter was a "grass-roots effort" started by women unaffiliated with the company. The staffer insists, "This was all about coming out in force to protect NBC's golden boy; the network's reputation is tied to Brokaw."

Jennifer Garner can laugh about a fart joke just like the rest of us! On April 30, the 46-year-old star shared an adorable note written by her son Samuel, 6, that read, "I love farts" on a blue sticky note. "In case Monday has got you down, focus on the little things that make you happy," she captioned the Instagram pic, adding hashtags like #proudmom, #ilovefarts and #boymom. Sam is the youngest of Jennifer's three kids with ex Ben Affleck and the only boy with older sisters Violet, 12, and Seraphina, 9.

Charlene Yi getting a divorce

Former "House" star Charlene Yi has kept her love life under wraps for the most part, but The Blast uncovered new court docs revealing her divorce. Her soon-to-be ex-husband, Jet Elfman, filed the papers on April 27. The former couple, who is apparently in a band called Sacred Destinies together, had a seemingly non-tradtional from the start. "Nothing's gonna change too much," Charlene told Conan O'Brien in a 2015 interview before their wedding. "I think we're gonna live at our own houses." That should make splitting up their assets a breeze!

Verne Troyer left behind a bit of back taxes

It seems as though Verne Troyer was in a bit of money trouble at the time of his passing. According to The Blast, the Franchise Tax Board of the State of California filed a lien against the "Austin Powers" star this year for $22,224.70 worth of back taxes he owed from 2004 and 2005. A lot is still left unknown surrounding Verne's recent death on April 21, but the actor did have a long history of alcohol abuse. He had high levels of alcohol in his system when he was taken into the hospital after calling 911 on April 1 saying that he wanted to die. "Depression and suicide are very serious issues," his family wrote in a statement. "You never know what kind of battle someone is going through inside. Be kind to one another. And always know, it's never too late to reach out to someone for help." 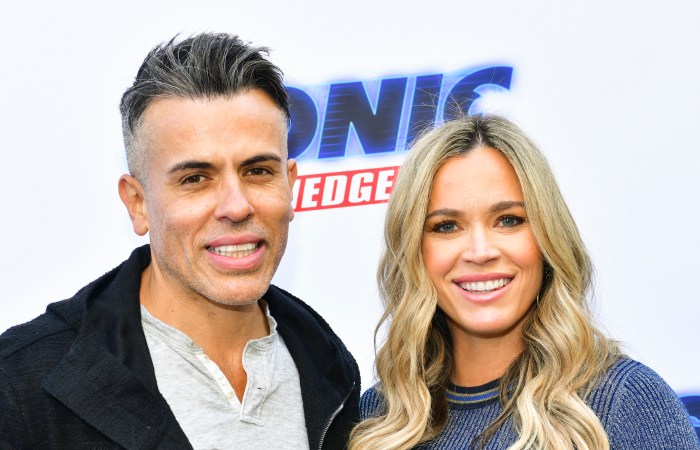