It's been a bad, bad week for Kevin Spacey. We'll start at the beginning… Speculation about Kevin's sexuality has long been chatted about in Hollywood. But this week, he came out in a way that drew criticism. On Oct. 29, the actor said on Twitter he has had sexual encounters with men and women, but he has chosen to "now live as a gay man." His announcement was hardly taken as a bright moment for the LGBTQ community, though. In fact, many saw it as a distraction from a real issue. A few hours before the announcement, actor Anthony Rapp alleged he was at Kevin's house in 1986 when the Oscar winner placed him on a bed, climbed on top of him and made sexual advances toward him. Anthony was 14 years old at the time. Kevin was 26. Kevin was slammed for his response to Anthony's claim — he said he didn't remember it and called it "inappropriate drunken behavior" — because he conflated it with his announcement that he's gay. "Nope to Kevin Spacey's statement," writer Dan Savage tweeted. "Nope. There's no amount of drunk or closeted that excuses or explains away assaulting a 14-year-old child." Billy Eichner tweeted, "That Kevin Spacey statement. Nope. Absolutely not. Nope… Kevin Spacey has just invented something that has never existed before: a bad time to come out." Wanda Sykes wrote, "No no no no no! You do not get to 'choose' to hide under the rainbow! Kick rocks!" As fervor grew — and more allegations about Kevin's behavior emerged — Netflix announced it would end Kevin's hit show "House of Cards" once the current season is finished filming. It then changed its course and said production was suspended. On Nov. 1, Kevin's publicist said the actor was seeking unspecified treatment (the publicist and Kevin's agent then parted ways with him). Then more people came forward. CNN reported on Nov. 3 that one former "House of Cards" production assistant accused Kevin of sexually assaulted him. Eight current or former employees of the show said Kevin made the environment "toxic" because of a pattern of sexual harassment. Also on Nov. 3, came a report by The Sun said that Kevin was being investigated by UK police over an alleged sexual assault that was said to have occurred in 2008.

Is Lady Gaga engaged? According to Us Weekly, she is. On Nov. 1, the mag reported that Gaga and her boyfriend, CAA talent agent Christian Carino, quietly got engaged over the summer. Christian even got her father's permission. The duo has no wedding plans yet, the mag states, and their energy is focused on Gaga's recovery from fibromyalgia. Gossip Cop, however, claims that Gaga and Christian are not engaged. Nothing like a good mystery.

RELATED: How tall are your favorite pop stars?

Eddie Redmayne and his wife, Hannah, are expecting their second child, his publicist confirmed on Nov. 1. The news came after Hannah was seen at an event in London sporting a small baby bump. Eddie and Hannah already share 16-month-old daughter Iris Mary. When the couple was expecting their first child, they didn't find out the gender beforehand. "It's gonna be a surprise. I'm going to be honest. I was like, 'Maybe we should find out' [and] my wife's like, 'We're not finding out.' She wears the trousers," he said at the time. "I love being married. I feel so settled in my skin. So lucky to have the most wonderful, supportive, beautiful wife."

It was fun while it lasted. Selena Gomez and The Weeknd have called it quits after 10 months of dating. So what went wrong? "Everyone wants love, but his focus is the business," a source told Page Six. "He's building a legacy. He's young and successful with money and can have any girl he wants. Their relationship kind of came out of nowhere." Since the split, Selena has been hanging out with her ex, Justin Bieber. That reportedly is not sitting well with her family, who sources say are not fans of The Biebs. "Justin is aware Selena's family is not thrilled they are hanging out. They think he caused Selena a lot of grief. Justin hopes he can prove to them that he has changed," one of his pals told People.

A warrant was issued for Rose McGowan for felony possession of a controlled substance, stemming from an incident that occurred in January. Authorities claim that Rose left behind belongings at Washington Dulles International Airport on Jan. 20 after a flight. After nearly two weeks of it going unclaimed, authorities got a search warrant for the property. The items tested positive for narcotics. A source told The Blast on Oct. 31 that "a few small bags of cocaine" were found in her belongings, but said the case isn't a "high priority."

Surprise! Most people believed that Jason Momoa and Lisa "Lilakoi Moon" Bonet should be celebrating their 10th wedding anniversary in November… But actually, they'll be celebrating their one-month anniversary in November. The couple's marriage in 2007 was never actually official, it turns out. It is now. The duo legally tied the knot In October in secretive fashion. "Jason Momoa and Lisa Bonet had an official wedding a few weeks ago at their house in Topanga, California," an insider told Us Weekly. "Apparently they weren't officially married until then! They said they 'made it official.'" The couple purchased a marriage license on Oct. 2 at the Los Angeles County Registrar-Recorder/County Clerk's office. Congrats… again!

Wendy Williams fainted on live TV on Oct. 31. Wendy was dressed as the Statue of Liberty for Halloween when her voice started cracking. Suddenly, Wendy stopped speaking and her eyes widened. Then she started stumbling and looking dazed. She then fainted. The show immediately went to a commercial. When the show returned a few moments later, Wendy addressed the incident. "That was not a stunt," she said. "I overheated in my costume and I did pass out. But you know what? I'm a champ and I'm back!"

Hollywood's watershed moment for sexual harassment continues. On Nov. 1, Dustin Hoffman was alleged to have harassed author Anna Graham Hunter when they worked together in 1985 on the film "Death of a Salesman" when she was 17 years old. In a column for The Hollywood Reporter, she said Dustin was "openly flirtatious" with her, asking for a foot massage, groping her bum and talking about sex to her. After the column was published, Dustin issued a statement that read, "I have the utmost respect for women and feel terrible that anything I might have done could have put her in an uncomfortable situation. I am sorry. It is not reflective of who I am." The next day, a second woman — writer and producer Wendy Riss Gatsiounis — came forward to claim the actor sexually harassed her during a pitch meeting in 1991. Two days prior, "Entourage" star Jeremy Piven was accused of sexually assault. On Oct. 30, Ariane Bellamar tweeted, "Hey @jeremypiven! 'Member when you cornered me in your trailer on the #Entourage set? 'Member grabbing my boobies on the [couch] without asking??" She later said, "Jeremy Piven, on two occasions, cornered me & forcefully fondled my breasts & bum. Once at the mansion & once on set. #MeToo." In a statement, Jeremy said, "I unequivocally deny the appalling allegations being peddled about me. It did not happen. It takes a great deal of courage for victims to come forward with their histories, and my hope is that the allegations about me that didn't happen, do not detract from stories that should be heard."

Ellen Barkin woke up to a strange noise coming from the bedroom above hers on Nov. 1. As she went to investigate — at 6:45 a.m. — she noticed a burglar at a balcony door at her home in New York City's Greenwich Village. Ellen then moved to pull the door shut. As she did so, the thief leapt from the balcony onto a fire escape to the building next door. He got away empty-handed!

"Teen Mom OG" star Amber Portwood is expecting! This time, though, she's 27. Amber's boyfriend, Andrew Glennon, is the father of the child. "Amber has been feeling sick lately," a source told Us Weekly. "But she's really, really happy!" People magazine reported that Amber met Andrew, a cinematographer, while she was filming "Marriage Boot Camp" with her ex and former fiance Matt Baier. They went public with their romance this summer. Amber is already a mom to 8-year-old daughter Leah. 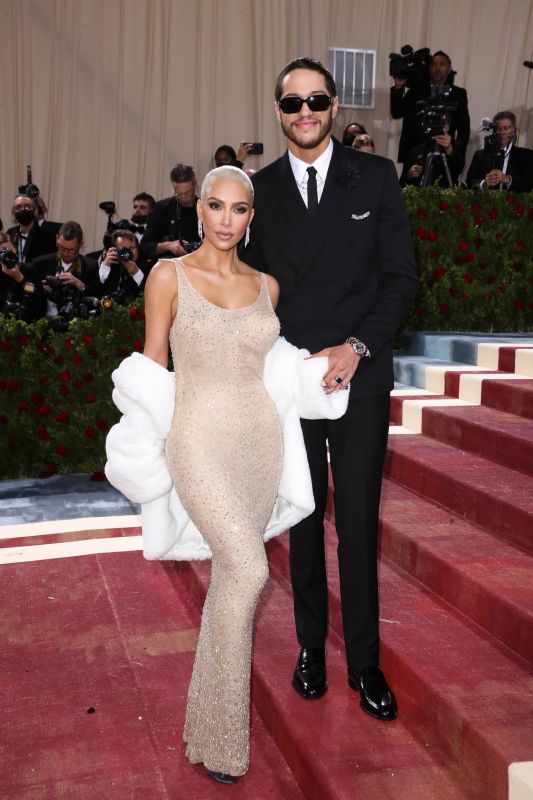