One day after TMZ broke the news that controversy-plagued Kanye West had headed to Wyoming with wife Kim Kardashian West to put the finishing touches on the five albums he's currently making, the site shared new details about the rapper's luxury mountaintop digs. First off? Kanye and his crew are the resort's only guests. It's currently the off-season at the Jackson Hole resort, which rents both hotel suites and private homes — but they made an exception for Kanye and welcomed him back because "he's one of the resort's most loyal and high-profile clients," TMZ writes. Kanye, TMZ adds, is staying with Kim at one of the stand-alone homes with a private entrance, and his pad rents for about $5,000 a night. Though collaborators will be visiting, TMZ explains, the place is a virtual ghost town with just a maintenance crew and some managers still on the resort property.

Sarah Jessica Parker's 8-year-old twin daughters with husband Matthew Broderick — Tabitha and Loretta — made a rare red carpet appearance with their mom to support the New York City Ballet's 2018 Spring Gala on May 3. SJP teased their girls' night out on Instagram before they arrived, posting close-up photos of their hair being done along with pics of their matching sparkly shoes. "Special night @nycballet and my wee dates are getting ready," she captioned one of the shots, also sharing a pic of a poster promoting the ballet's latest show. "Oh beautiful, talented @nycballet ballet dancers, we can't wait to see you. X, SJ and daughters."

Twenty years after he was knighted by Queen Elizabeth II, Sir Paul McCartney received another elite distinction from the monarch. On May 4, the queen made the Beatles star a Companion of Honour, for his services to music, during a ceremony at Buckingham Palace. According to MailOnline, the Companion of Honour — which was founded in 1917 — "is awarded for service of conspicuous national importance" and can only be held by the sovereign and a maximum of 65 members at any time. (Other bold-faced names who've enjoyed membership in this distinguished group include Dame Maggie Smith, the late Stephen Hawking and the late Winston Churchill). Paul, accompanied by wife Nancy Shevell, wore a dark double-breasted suit designed by his daughter, Stella McCartney, for the ceremony and said in a statement, "I see this as a huge honour for me and my family and I think of how proud my Liverpool mum and dad would have been to see this." It's the third major sign of reverence Her Majesty has shown him: Before Paul was knighted in 1997, he and his three Beatles bandmates were all made MBEs (Member of the Most Excellent Order of the British Empire) in 1965.

With five days to go until she kicks off her "Reputation" world tour, Taylor Swift took to her Instagram Stories late on May 3 during a break from rehearsals to give fans an early peak at her performance looks. "I'm going to show you some little hints at what I'll be wearing," she says. "Right now we're looking at around eight costume changes and so I'm going to show you just a few little little closeup things of just a few things. I don't want to ruin too many surprises. I'm just going ruin a few." She then turned the camera to three of her ensembles, sharing close-up clips of sparkly fabrics including one that looked like silver scales (not pictured), a second featuring silver sequins and beading on a black background ("Oooh… Is it snakeskin? I think so!" she says) and a third featuring large iridescent purple, green and gold paillettes that she captioned, "I just love glitter okay I won't apologize."

Cheryl Burke took to Instagram to share the happy news that she and boyfriend Matthew Lawrence got engaged on her 34th birthday, May 3. Now come details about her incredibly sentimental ring. Us Weekly writes that following the death of Cheryl's beloved dad in March, Matthew "popped the question with the same diamond that Burke's late father, Steve Burke, gave to her mother. Matthew — with the help [of] his mom, Donna, Burke's mother, Sherri, and XIV Karats — had the stone reset with additional diamonds."

Drake needs to watch his mouth. That's the message from the NBA and the Toronto Raptors, according to a May 3 report from USA Today Sports. The NBA warned the rap star about "the use of bad language," ESPN also reported, after the Raptors fan and global ambassador got into a heated argument with Cleveland Cavaliers backup center Kendrick Perkins during the first game of the teams' playoff series on May 1. According to USA Today Sports, league spokesman Tim Frank also confirmed that the Raptors had a discussion with Drake about his language. According to reports, Drake repeatedly called Kendrick a "f—— p—-" during a verbal altercation that started during halftime and continued after the game. Drake at one point, TMZ added, appeared to challenge the 6-foot-10, 270-pound NBA player to a fight and even had to be held back. Kendrick shared his side of things with ESPN's Adrian Wojnarowski, explaining, "What happened was I was talking to my old teammate Serge [Ibaka, who now plays for the Raptors] walking into halftime telling him 'We about to win this game' and Drake butted in talking s— to me. So I said something back to him." During Game 2 on May 3, Drake appeared to be on his best behavior.

It's been almost two years since Taylor Swift and Tom Hiddleston launched their epic summer-of-love romance, but fans haven't forgotten. During the May 3 aftershow segment of "Watch What Happens Live" (via Just Jared), a caller asked guest Sebastian Stan — Tom's "Avengers: Infinity War" co-star — how he felt about his colleague dating the pop star. "What was your reaction to your 'Avengers' co-star Tom Hiddleston dating Taylor Swift and wearing the 'I heart Taylor Swift' tank top [during her Fourth of July party]?" Patty from Wisconsin asked. "That's an amazing question," an amused Sebastian replied, dramatically adding, "it was one of awe and extreme concern. Obsessed and yet at the same time… [laughs] I don't know, I was really worried for, mainly for him." When host Andy Cohen pointed out that Tom "went in hard there" during the whirlwind love affair, which lasted just a few months, Sebastian quipped, "Love is quick and hard." Andy asked if Sebastian had talked to Tom about dating Taylor later on. "No, I actually forgot about that, but I wanted to ask him, yeah," the actor replied. Coincidentally, the other guest on Andy's May 3 show, "Quantico" star Priyanka Chopra, was also once linked to Tom after they appeared to have great chemistry while presenting together at the 2016 Emmys weeks after his breakup with Taylor. Priyanka denied the romance rumors. "We were presenting for like 10 minutes. I met the man literally for 15," she said, adding that Tom politely helped her adjust her red dress backstage so they wouldn't trip over its train.

A criminal case against Harvey Weinstein in New York is moving forward, it seems. The Blast reports that subpoenas have been issued for some of the entertainment mogul's closest advisors to appear before a grand jury or turn over documents. "Our sources say the subpoena requested a wide array of items, which could include phone records, e-mails and financial records related to any services requested or provided to Weinstein, The Weinstein Company and other business owned by the disgraced movie producer," The Blast writes. Harvey was accused by dozens of women of sexual misconduct, sexual assault and even rape and the NYPD has been investigating several claims since last fall. A rep for Harvey's attorney, however, told The Blast that reviews have been ongoing for months and that "The fact that a grand jury has been empaneled does not mean that criminal charges are forthcoming… We are confident that we will prevail in convincing the D.A. that Mr. Weinstein has not committed any crime whatsoever." The Blast also revealed that in addition to dozens of A-list actors and filmmakers, two more celebrities — music stars JAY-Z and Eminem — have claimed that Harvey's former movie business, The Weinstein Company, which filed for bankruptcy earlier this year, still hasn't paid them. The Blast reports that Jay believes TWC owes him more than $480,000 for the Kalief Browder and Trayvon Martin films they made together and that Eminem is out $352,000 for his work on the "Southpaw" soundtrack.

Blac Chyna wants Kylie Jenner's money. According to The Blast, Rob Kardashian's former fiancée and baby mama — who's been in a legal battle with the Kardashian-Jenner family for months over claims they torpedoed her reality show with Rob — believes that Kylie's show "Life of Kylie" took the spot on E!'s schedule that was left open when it was decided there wouldn't be a second season of "Rob & Chyna." "The money paid to Defendants for their services on 'Life of Kylie' was acquired through the unlawful means of intentionally interfering with her contract for a second season of 'Rob & Chyna,'" Chyna's latest legal filing claims, so therefore, Chyna reasons, that money should actually be hers.

Katy Perry's mom, Mary Hudson — a born-again Christian and evangelical pastor — wrote a self-help and parenting book called "Joyful Parent = Happy Home" in which she takes issue with many of the things that are inherent to her famous daughter's career. In the book, MailOnline reports, Mary attacks leading pop culture figures for their sexually explicit behavior on stage and raunchy music videos and laments how modern teens are facing a "cultural Armageddon" because "Satan's visual attack on our youth is relentless." MailOnline also reports that Mary makes several deeply personal revelations in the book, including that she had an abortion at 18 and was haunted by her decision for a very long time, as well as how she suffered from depression and went to an "extremely dark place" after the births of her three kids. MailOnline explains that Mary published the book three years ago but, along with pastor husband Keith, has drawn fresh attention to the guide as they re-promote it. 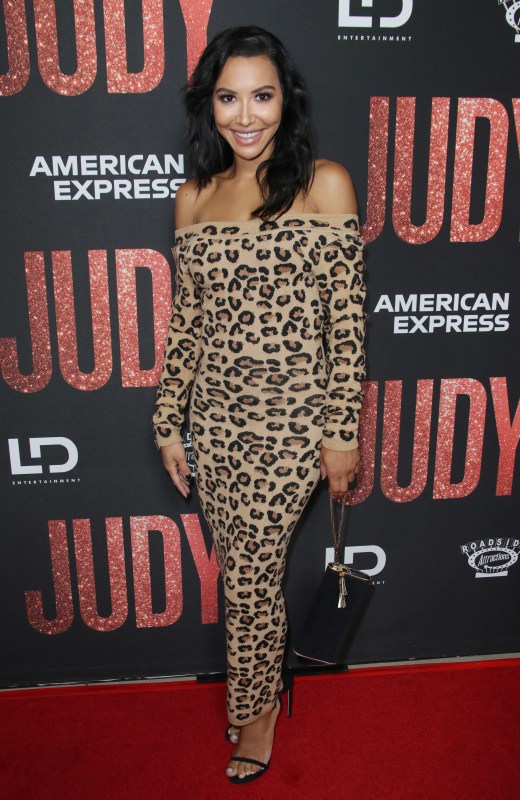 Up Next Drive For Naya