Lady Gaga's pink mystery ring may be worth over a million

Though her possible engagement to Christian Carino remains unconfirmed, Lady Gaga has continued to show off a ginormous pink mystery ring on her left hand since the end of 2017. She most recently flashed the bling-bling at the Sept. 27 premiere of her new movie with Bradley Cooper, "A Star is Born," in London, which prompted Page Six to further investigate the rock with an expert from a jewelry company called Brilliant Earth. "A natural pink diamond of this saturation and size would be very rare, easily costing over $1 million," Vice President Kathryn Money told the mag. "If made with a premium-quality pink sapphire, this ring would cost upwards of $100,000, depending on the characteristics of the specific gemstone." The exec also estimated that Gaga's sparkler likely weighs in between 11 and 13 carats, not including the 12 smaller diamonds surrounding the center stone. She believes the band is yellow gold, while the setting is made from white gold. Lady Gaga has been linked to Christian since early 2017, soon after she ended her engagement with "Chicago P.D." actor Taylor Kinney, who gave her a 15-carat heart-shaped ring. She allegedly gave it back after they split.

RELATED: All of Lady Gaga's 'A Star is Born' press tour looks

The start of Gisele Bundchen and Tom Brady's relationship back in 2006 was far from ordinary, as they found out that his ex-girlfriend, Bridget Moynahan, was pregnant just a few months into dating. The supermodel has helped to raise the footballer's son, 11-year-old Jack, and now has two of her own kids, Benjamin, 8, and Vivian, 5. Married for close to 10 years, Gisele reflected on the odd circumstances that started her blended family in a new interview with People mag. "It wasn't the ideal situation for anyone," she revealed in the Sept. 28 issue. "There's no manual to prepare you for that. But I'm so grateful for [Bridget]. I know this was hard, but I couldn't imagine my life without [Jack]. I call him my bonus child." Gisele admitted that she originally wanted to wait a decade to have children with Tom, but that her stepson changed her perspective. "He opened my heart in ways I didn't even know my heart could expand. I fell in love with him," she gushed, adding that she realized it would also be great to give Jack a sibling close in age. Gisele chronicles more about her journey through motherhood in her new memoir, "Lessons: My Path to a Meaningful Life."

It's no secret that the Kardashian family is rolling in dough, so much so that Kim Kardashian West stepped out for the Sept. 27 launch of Anastasia Cosmetics in West Hollywood literally wearing head-to-toe dollars. "And what do you do when your friend sells her company for a couple billion," Kim asked while showing off the Jeremy Scott ensemble on Instagram. "You wear a full money-fit and throw her a party." The KKW Beauty mogul paired her 2001 vintage money-printed trench with matching thigh-high boots and a sparkling gold dollar-sign clutch for the party at hotspot Delilah, which celebrated her friend Anastasia Karanikolaou becoming a billionaire. "For me, she's someone that I look up to and who's always worked so hard," Kim can be heard saying on the mic in a video captured by partygoer Maria Menounous. Kim's sister Kylie Jenner, who was recently hailed by Forbes for creating a $900 million business at 20 years old, and her mom Kris Jenner were also in attendance.

Since taking in a baby pig with girlfriend Ariana Grande earlier this month, Pete Davidson dished on life with the couple's growing pet in a new interview with late-night talk show host Seth Meyers. "The first two days it was like really new and, like, didn't move much," he explained of the piglet, whom they dubbed Piggy Smallz, on Sept. 27. "But then, now, it's starting to bite and, you know, start to do stuff like [headbutt] because it's a pig." Pete also revealed how their cute pet came to be in the first place, claiming that it all happened rather fast after Ariana randomly decided she wanted a pig. "This girl, like, she was like, 'I want a pig.' And then an hour later it was just there. You know what I mean? Like, I'm still trying, to get, like, a Propecia refill. This chick got a pig in a [expletive] hour," he joked. Pete can laugh all he wants, but it's pretty clear that Piggy has him wrapped around his little hooves. "I love it," he said about the new addition. "I want it to get big and fat." Later that evening, Ariana shared Instagram videos of Pete kissing their pet in bed.

More surprising than the fact that Val Kilmer has been selling his own artwork for two years is the recent news that he's being sued for copying someone else's creative work. According to Page Six, a Texas artist named Bale Creek Allen filed a lawsuit against Val on Sept. 26 after noticing that the "Batman Forever" actor was ripping off his original tumbleweed sculptures after seeing them in a gallery. Val, who used to own a ranch near Santa Fe, allegedly approached the artist about his work, but said that he couldn't afford it. Bale is seeking unspecified damages for accusations that he's has been selling identical copies of his pieces. Val has not yet commented on the matter.

Victoria Beckham and Eva Longoria have been pals for ages, but the fashion designer hadn't met Eva's baby boy Santiago, who was born back in June, until yesterday! "Finally meeting Santi!! I'm in Love!! X so many kisses," Victoria captioned an Instagram picture with the adorable tot on Sept. 27. "@evalongoria and Pepe!!! xxx Love u so much and could not be happier for u both!!!" While Vic is the mom to four kiddos with hubby David Beckham, this is Eva's first child with José "Pepe" Bastón. "We are so grateful for this beautiful blessing," she told HOLA! soon after welcoming the 3-month old. Victoria last hung out with Eva when she got her star on the Hollywood Walk of Fame in April, right before she gave birth.

On the first anniversary of Hugh Hefner's passing, his 27-year-old son Cooper Hefner remembered the Playboy magazine legend with a sweet Instagram post. "A year ago today I lost my father," he captioned a set of photos with his dad on Sept. 27. "Strength, love, and compassion make an impossibly difficult journey easier. Still, there is an absence, regardless of time, that will never fill. Acknowledging the absence allows me to celebrate, as it connects me to a love I carry with me each day. We miss and love you.‬" One image shows the father-son duo embracing at the Playboy Jazz Festival, while the other was taken at the infamous Playboy mansion. Cooper replaced his father, who passed away at the age of 91, as the Chief Creative Officer of Playboy Enterprises in 2016. He is the youngest of Hugh's three other children, Marston Hefner, 28, David Hefner, 63, and Christie Hefner, 65.

Ozzy Osbourne had 3,000 pounds of ice delivered to cool his pool

Ozzy Osbourne is giving the phrase "ice cold" a very literal meaning! His wife Sharon Osbourne revealed that he recently had 3,000 pounds of ice delivered to their home in an attempt to get the pool to the chilly temperature of his liking. "He ordered it and it came in a big truck and one of those big cranes brought it in," she told Jimmy Kimmel on Sept. 27. "It was fabulous." But, not even three tons of frozen cubes could get the pool just right for the rocker. "Too hot, he couldn't get it cold enough," Sharon continued of the ice debacle. "And then that melted in like two minutes, so now he's got a special machine put in the pool to make it ice cold." With his jets cooled at home, Sharon says she wants her husband to join her as a co-host on "The Talk" since Julie Chen recently stepped down. "I'd like to make it a family affair," she revealed. But, Ozzy still has his hands pretty full touring with his band, Black Sabbath. "I'm just so proud of him and I love to feel that audience, the way they love him and appreciate him," Sharon gushed about her man, whom she reconciled with after his infidelity went public last year. "There's nothing like it. It's magic to me."

Kourtney Kardashian was spotted with a guy who looked eerily like her ex-boyfriend Younes Bendjima earlier this week, but sources at TMZ have identified the doppelganger as Fai Abu Khadra and claim that they're just friends. The look-a-like happens to run in the same circles as Kourtney's sister Kendall Jenner and is also friends with Luka Sabbat, whom she's been spotted out with a lot as of late. But, insiders are confident that her relationship with Fai is platonic even after their Sept. 24 matcha latte outing sparked romance buzz. In the meantime, there's still suspicion surrounding her longtime friendship with blink-182 drummer Travis Barker. He and Kourtney dined out at Los Angeles vegan hotspot Crossroads Kitchen last week and were then seen attending a church service together on Sept 26. Still, as of now, all of Kourtney's male friends are just that … friends. She's only been spotted with Younes once since she broke up with the boxer-model in July.

Shareef O'Neal, the 18-year old son of NBA legend Shaquille O'Neal, just announced his hiatus from UCLA basketball due to the unexpected discovery of a heart condition. "Today during a routine check, we found a medical issue dealing with my heart," he told TMZ on Sept. 28. "Thank god the UCLA medical staff found it early, but causing this, I will not be playing this season and I'll be a medical red shirt." The college athlete added that while he'll be needing surgery, this won't be a career-ending situation and rather, "just a little bump in the road." He says that he'll be off the court for a while, but plans to spend his off-time wisely until his return in 2019. "I'll be focusing on my academics, my health of course, and just observing to be the best player that I can be next year," he added. Get well soon, Shareef! 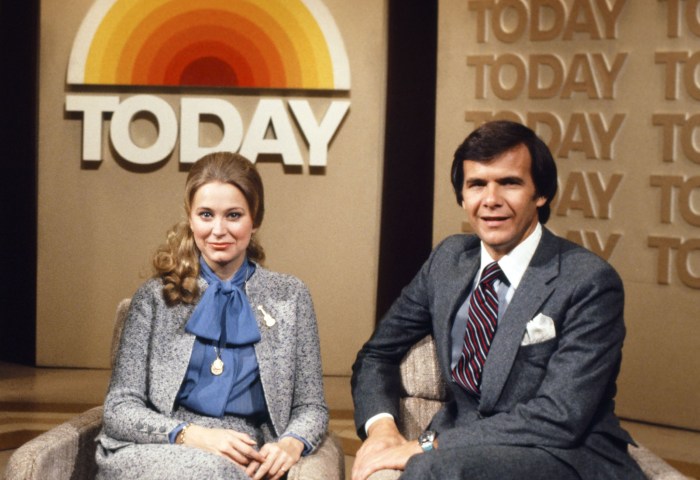