Hand-me-downs aren't typically associated with the excessively wealthly, but when you're in the royal family, you don't mind taking the queen's old things! So it's only natural that both Duchess Kate and Duchess Meghan have been seen rocking items from the collections of their grandmother-in-law, Queen Elizabeth II, and their mother-in-law, the late Princess Diana. From tiaras and earrings to bracelets and brooches, Wonderwall.com is rounding up all the re-wears. Keep reading to see them all…

For their 1981 engagement, Prince Charles presented Lady Diana Spencer with a spectacular 12-carat oval Ceylon sapphire ring set in white gold. It's been reported that Princess Diana hand-picked the ring herself from a selection the future king presented to her. It would go on to have special significance in the life of her firstborn, Prince William…

RELATED: Every outfit Duchess Meghan has worn since her wedding

The three-stone engagement ring that Prince Harry had custom-made for Meghan Markle in 2017 also honors his late mother: The two diamonds flanking the center stone are both hand-me-downs that he inherited from Princess Diana's private collection.

On Kate Middleton's wedding day, she looked like a future queen thanks to the Cartier Halo tiara she borrowed. The headpiece, which boasts 739 brilliant-cut and 149 baton-shaped diamonds, entered the royal family back when the future King George VI purchased it for his wife, the future Queen Elizabeth, the Queen Mother. She gave it to their daughter, then Princess Elizabeth, for her 18th birthday. Though the monarch herself has never been pictured wearing it, she's also lent it to both sister Princess Margaret and daughter Princess Anne.

On Meghan Markle's wedding day, she donned Queen Mary's bandeau tiara, which was on loan from Queen Elizabeth II. The exquisite piece is comprised of diamonds of different sizes with a center stone that is actually a brooch. Until the wedding, it had not been seen since 1950, when it was worn by Queen Mary.

In November 1989, Princess Diana donned one of her most iconic looks — a heavily embroidered high-collared Catherine Walker bolero jacket. It almost eclipsed the dainty yet beautiful pearl bracelet by Nigel Milne on her wrist. That bracelet would go on to get good use from her future daughter-in-law…

Duchess Kate has taken a liking to that Nigel Milne pearl bracelet. She's been seen wearing it on various occasions, including during this appearance in Germany back in July 2017.

One of Princess Diana's most famous pieces of jewelry? Her beautiful Asprey aquamarine ring, which replaced her engagement ring after her divorce from Prince Charles in 1996. The main stone is estimated to be over 30 carats and is accented with diamonds and set in yellow gold. The first time this stunner was spotted was back when Diana attended her Christie's charity auction in London in June 1997.

Duchess Meghan was spotted rocking Princess Diana's enormous aquamarine ring on her way to her evening wedding reception with Prince Harry in May 2018.

The aquamarine Asprey ring was also worn by newly minted Duchess Meghan when she and Prince Harry visited the Kingdom of Tonga together during their royal tour in October 2018.

Queen Elizabeth II's Canadian Maple Leaf Brooch is one of her most iconic pins. It's made up of diamonds and was fashioned by Asprey & Company. After inheriting it from her mother, the queen wore it on her first trip to Canada back in 1951. Since then, she's pulled it out for many events involving the Commonwealth nation — like a July 2017 celebration marking the 150th anniversary of Canada's confederation (seen here).

Duchess Kate fittingly wore the queen's Canadian Maple Leaf Brooch for her first Canadian outing as a new royal — a visit to Ottawa on Canada Day in 2011.

Princess Diana wore beautiful butterfly earrings in May 1986 while spending time in Canada one year after giving birth to Prince Harry. Fast-forward more than three decades to when the butterfly sparklers reappeared… on the earlobes of Harry's wife!

In October 2018 during an appearance in Sydney with husband Prince Harry while on their royal tour Down Under, Duchess Meghan donned the lovely butterfly earrings that once belonged to Princes Diana.

The Four Row Japanese Pearl Choker is believed to have been a gift from the Japanese government acquired by the royal family in the 1970s. Queen Elizabeth II donned the unique necklace in 1983 while visiting Bangladesh. It's also been worn by Princess Diana and recently was passed on to the next generation of royals.

Duchess Kate was the first royal to publicly wear the Four Row Japanese Pearl Choker following Princess Diana's death. She stepped out in the fancy necklace at the queen and Prince Philip's platinum anniversary dinner in November 2017.

A royal gift! Meghan Markle first donned these diamond and pearl earrings in Cheshire, England, in June 2018 during her first solo event with the queen. Royal watchers reported that the sparklers were a gift from the monarch and came from her personal jewelry collection.

Duchess Meghan also wore the diamond and pearl earrings that are believed to be a gift from the queen to the WellChild Awards in September 2018.

One of Princess Diana's favorite tiaras was called the Lover's Knot. It was created for Queen Mary back in 1914 and is comprised of diamonds and pearls. Queen Mary left it to her granddaughter, Queen Elizabeth II, who reportedly loaned Diana the stunning piece for her wedding in 1981, though Diana ultimately wore her own family's Spencer tiara on her big day. But the Lover's Knot tiara soon became one of Diana's go-to pieces during her marriage. She's seen here wearing it at a November 1985 British Embassy dinner. Duchess Kate also has an affinity for the beautiful headpiece…

The first time the Lover's Knot tiara was seen after Princess Diana's tragic passing was in 2015 — on Duchess Kate. The royal wore the hand-me-down from the queen and Princess Diana to the annual white-tie winter reception at Buckingham Palace in December 2015.

The Lover's Knot tiara also goes great with red! Duchess Kate picked the piece to go with her red Jenny Packham gown for a diplomatic reception in December 2016.

Duchess Kate needed to welcome the king and queen of Spain in style in July 2017, so of course she opted for the Lover's Knot tiara to go with her pink Marchesa gown for the occasion.

Duchess Kate borrowed the queen's Collet necklace in December 2017 for a diplomatic reception in London. (For that same event, she also donned Princess Diana's favorite tiara — the Lover's Knot.)

While attending a state dinner with King Willem-Alexander and Queen Maxima of the Netherlands in October 2018, Duchess Kate opted for the Lover's Knot tiara to accessorize her blue Alexander McQueen dress.

And again! Duchess Kate donned the Lover's Knot tiara during a reception for members of the Diplomatic Corps at Buckingham Palace in December 2018. It went perfectly with her sparkly Jenny Packham dress.

Queen Elizabeth II received an eye-catching platinum fern brooch from the Women of Auckland on Christmas in 1953 while on her first tour of New Zealand. She's seen here wearing it in 2012 while visiting with New Zealand Prime Minister John Key at Buckingham Palace. Later, another royal would wear it while doing her duty in New Zealand…

When Duchess Kate visited New Zealand in 2014, she was lucky enough to have the fern brooch on loan from the queen. Kate wore the platinum piece affixed to her sharp red coat dress during that trip.

As a wedding gift, the Crown Prince of Saudi Arabia gave Princess Diana a show-stopping suite of Asprey sapphire and diamond jewelry that included a pendant necklace, a ring, earrings, a bracelet and a watch. Diana had some of the clusters from the strap of the watch turned into earrings, which she wore often, including at an event at London's Paddington Railway Station in May 1988. They would one day be passed on to her daughter-in-law…

Duchess Kate put her own twist on Princess Diana's sapphire and diamond earrings: She had them refashioned into a more modern drop style. She was spotted rocking the gems in June 2012 at the queen's Diamond Jubilee.

Not all of Princess Diana's jewelry featured giant jewels. She wore this gold bracelet with simple gemstones on occasion, like the time she visited the Lord Gage Centre for Old People in East London back in September 1990. One day, a significant person in son Prince Harry's life would wear that very same bracelet…

Duchess Meghan wore Princess Diana's gold bracelet while on her first royal tour of Australia with Prince Harry in October 2018.

The queen has numerous Collet necklaces in her collection including this stunner, which she wore in 2010 while meeting with the president of the United Arab Emirates in Abu Dhabi. One of her granddaughters-in-law would wear it next…

When Princess Diana married Prince Charles, one of her wedding gifts happened to be a beautiful set of pearl earrings from Collingwood Jewelers. She's seen here wearing them in France back in November 1988. Today, Duchess Kate continues to wear these beautiful baubles…

Duchess Kate has donned her late mother-in-law's Collingwood pearl earrings many times. Most notably, she wore them for a state banquet in London in October 2018 (where she also wore the Lover's Knot tiara that Princess Diana adored). 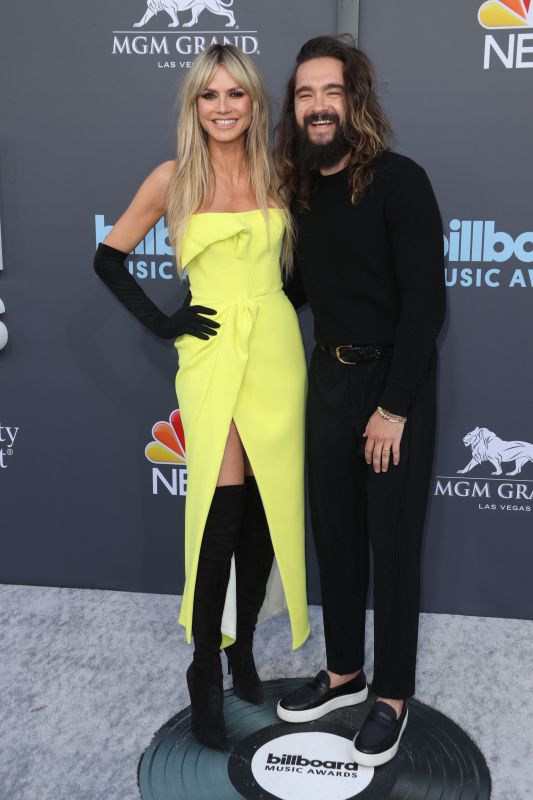