Guilty on all counts. That was the verdict in the case against former Minneapolis police officer Derek Chauvin. On April 20, 2021, a jury convicted the disgraced officer for killing George Floyd last May by kneeling on his neck for more than nine minutes during an arrest. He was found guilty on charges of second-degree unintentional murder, third-degree murder and second-degree manslaughter. George's killing, which was filmed by bystanders and posted to social media, set off a wave of protests across the world. Following the verdict, many in Hollywood reacted on social media. Oprah Winfrey wrote, "Relieved — and emotional in ways I didn't expect. Cried tears of joy as each verdict was read. I'm grateful to the witnesses and their testimonies. Grateful to Darnella Frazier. Grateful to every Juror for seeing and acknowledging what the world saw on that tape. Thank you God for real!" Keep reading to see how other celebrities are reacting to the verdict…

"After too many years of misguided justice, today is a good day. I encourage all of us to continue to pray for George Floyd's family and for all the families who seek justice for their loved ones who are victims of too many years of inequalities." —Beyonce

"A guilty #verdict. But this fight for justice is not over. We have a lot of work to do. There is more fight ahead of us. But RIGHT NOW please take CARE of yourself. And let's take care of each other. Prayers and love to the family of #GeorgeFloyd," Kerry Washington tweeted. Referring to the woman who filmed the death on her cell phone, Kerry later tweeted, "Darnella Frazier is a hero. Her bravery in that moment must never be forgotten. We lift you up Darnella."

"Today, a jury did the right thing. But true justice requires much more. Michelle and I send our prayers to the Floyd family, and we stand with all those who are committed to guaranteeing every American the full measure of justice that George and so many others have been denied." –Barack Obama

"GUILTY!!!! As it should be!! Now….Rest In Peace George Floyd. Rest. You and your family have been vindicated. #SayHisName" –Viola Davis

"Nothing is going to make it all better, but at least now there is some justice." –Joe Biden

"A beginning… a small grain of hope for our future. Hallelujah!!!!!!!!" –Mariah Carey

"We still have to fight for justice yall. Remember that 'we voted Obama in yay racism is gone!' feeling? Yeah…let's learn from that. I'm happy for the Floyd family tho. Especially his daughter. But there is still a slew of mountain to climb," Questlove tweeted. Prior to that, he wrote, "Guilty. This doesn't even feel real. This has NEVER happened in my lifetime."

"This verdict does not bring back Mr Floyd. But justice is truth."–Shonda Rhimes

"Guilty. Guilty. Guilty. Thank god. Thank you to the jurors for doing their job and helping to enact some semblance of justice in this case. Praying for George Floyd and his loved ones. #BlackLivesMatter" —Mandy Moore

"And this isn't even a celebration. #GeorgeFloyd was still murdered before our eyes. He's gone. His family will never be made whole. And how many #DerekChauvin's are there in the world & on the police force. There's more than ONE bad apple. But this enough for this moment." –Yvette Nicole Brown

"This verdict is just the first step in a long line of injustice against the Black community, often with no consequences. The work is not nearly done. While there are many more families waiting for justice, my heart is with George Floyd's family right now. #PoliceReformNOW @NAACP" –Justin Timberlake

"This will be viewed as a turning point in history and racial justice, as it should be. But there is much work to be done."–Maria Shriver

"Guilty on all counts. Accountability, finally. But justice will take far more work, and far greater change. Prayers up to the family. Gratitude to the activists on the ground who have put everything into moving the needle more and more toward progress." –Sophia Bush

"Today is a day we will all remember. Prayers for George Floyd and his family." –Daniel Dae Kim

"Thank you to the jurors. #ChauvinIsGuilty" –Elizabeth Banks

"GUILTY What a relief. Justice for #GeorgeFloyd" –Elijah Wood

"THANK YOU FOR JUSTICE. IT MATTERS TO ME TO US TO THOSE OF US WITH CONSCIOUS #GeorgeFloyd" –Sharon Stone

"Bail revoked guilty on all counts – Derek chauvin is just a start The George Floyd police reform act that law must pass. The insurrectionist in gop including Donald trump -who are as much of a white supremacist must face justice" —John Cusack

"GUILTY ON ALL COUNTS. As everyone saw with their eyes. Now we need to CHANGE THE SYSTEM so it doesn't require a man being murdered on camera and a year's worth of protests, to hold police accountable for criminal policing. #ChauvinIsGuilty" –Debra Messing

"JUSTICE for George! The emotions I feel right now are hard to describe. Derek Chauvin has been found guilty. This is the first time that a white officer has been convicted for killing a black man in Minnesota. This is monumental, George's death is not in vein." –Lewis Hamilton

"Indeed. Mixed emotions. Elation. Sadness. Joy. Bittersweet disbelief. It's all so tragic. It won't bring him back. So many things still need to change. And yet… Today was a victory. Staying with that for now. #ChauvinIsGuilty #JusticeForGeorgeFloydDelivered" –Rosie Perez

"George Floyd's family and community deserved for his killer to be held accountable. Today, they got that accountability. Always and forever, Black lives matter." –Hillary Clinton

"Let the power of this moment be carried into the work we still have ahead of us. Let's remember those who have yet to receive the justice they deserve and come together to fight for what's right" –Daymond John

"FOUND GUILTY ON ALL THREE CHARGES. Rest In Peace, George Floyd. You have changed the world." –Alyssa Milano

"If someone put his knee on my son's neck till he died, I'd call it murder. What happened to George Floyd was #blueMurder" –Lucy Lawless

"Grateful for the verdict… but justice was not served. #GeorgeFloyd should have never been murdered. The fight continues. #BlackLivesMatter" –Cassadee Pope

"What happened on that street was wrong. It feels good to be able to tell my kids that there was accountability. Humanity wins. #GUILTY" –Holly Robinson Peete

"I was on pins and needles waiting on the verdict of Derek Chauvin to come in. To hear these jurors find him GUILTY on a three charges, I can exhale for now! Justice, this time, has been served. But there is so much work that remains to be done!" –Sherri Shepherd 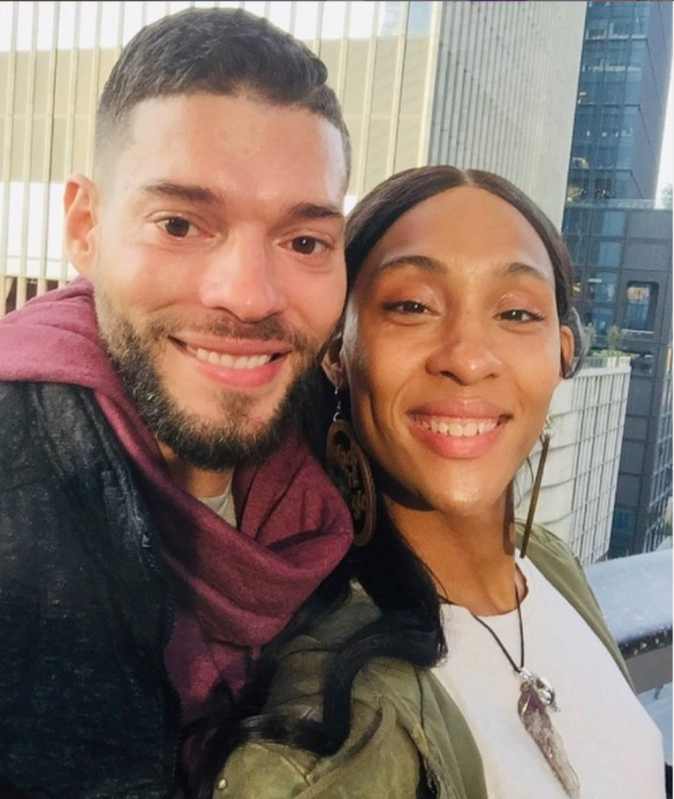