Read what Hollywood stars had to say about the speakers, the music and the mood at the virtual 2020 Democratic National Convention, where Joe Biden accepted the party's presidential nomination on Aug. 20 with Kamala Harris as his running mate… starting with this TV and music star… "Such an effective and powerful speech from @JoeBiden. I've forgotten what decency and cogent and competent leadership looks like- Can't wait for November 3rd!! #bidenharris2020" — Mandy Moore, on Twitter on night 4

"If you are watching this and you can't decide who to vote for, there is nothing more to say. It's like deciding between jumping into a calm Ocean or a lava pit filled with mechanical sharks." –Josh Gad, on Twitter after Joe Biden spoke on night 4

"If I've Ever Made You Laugh, Cry, Dance, Sing, Happy, Wanna Bust Out, P* Off, Feel Safe When You're Scared, Given You Courage TO ACE A TEST, GET A JOB, GET THROUGH A CRISIS. PLEASE REGISTER & VOTE AS SOON AS POSSIBLE A 2nd trump TERM WILL [kill] DEMOCRACY. I SWEAR JOE HAS PLANS 4 THE PPL … AM PROUD JOE BIDEN SUPPORTER. LOVE, RESPECT, & BELIEVE IN JOE. I WILL NEVER STOP BELIEVING IN JOE, & I'M NO STARRY EYED GIRL. I'VE SEEN IT ALL & JOE IS MY PRESIDENT. JOE WILL HELP WORKING FAMILIES. WE HAVE A MILLION SHATTERED DREAMS..I TRUST JOE 2 PUT THEM BACK TOGETHER AGAIN" –Cher, via Twitter on night 4

"'Here and now, I give you my word: If you entrust me with the presidency, I will draw on the best of us, not the worst. I will be an ally of the light, not of the darkness.'- Joe Biden November 3rd #VOTE to DEFEAT THE DARK-SIDE #HelpUsJoeBiWan_YoureOurOnlyHope" –Mark Hamill, on Twitter on night 4

"JOE BIDEN FOR THE WIN! DELAWARE WILL SAVE US ALL! FLY EAGLES FLY! #BidenHarris2020" –Aubrey Plaza, on Twitter on night 4

"This is a powerful Presidential address. I can't WAIT until @JoeBiden is our President. #Hope #BidenHarris2020ToSaveAmerica … Joe Biden is a working class guy. Trump has a solid gold toilet. Trump has had 4 years to make life better for the American people. He failed. Spectacularly. Joe Biden has lived through trauma, single parenthood, losing a soldier son & has been a public servant his whole life." –Debra Messing, on Twitter on night 4

"You were amazing tonight. Can't wait to cast my vote for you. Thank you for inviting love and light and hope into the hardship of our country right now. Leading with love and empathy. Yes yes yes." –Sara Bareilles, on Twitter after Joe Biden spoke on night 4

"You were incredible tonight @JoeBiden . Thank you for bringing us back to empathy, hope , decency and inspiring purpose. Proud to be voting for you in November." –Beth Behrs, on Twitter on night 4

"Can't wait to see my VEEP tonight! Looking at you, @KamalaHarris! #DemConvention" and, on host Kerry Washington, "This woman. This fabulous woman. #DemConvention," and "'Vote. Vote. Vote.' Such powerful and moving words from such strong women. GabbyGiffords, @Emma4Change, and @MomsDemand #enough #DemConvention" —Julia Louis-Dreyfus, on Twitter after night 3

"What a night. In tears. Flabbergasted at the immense weight of words all around and flying high on hope from @BarackObama and @KamalaHarris. Our soon to be Madame Vice President is truly the future. #DemocraticConvention" –Mandy Moore, on Twitter on night 3

"What a beautiful speech that was. Full of eloquence, emotion and moral weight." –John Legend, via Twitter on night 3 after former President Barack Obama spoke

"I literally have tears in my eyes. @KamalaHarris just said 'chithis' which means auntie. My heart is so full right now" –Padma Lakshmi, on Twitter in response to Sen. Kamala Harris's speech on night 3

"Bravo! Kamala! Oh, wow! There's Joe! Great speech…socially distant…this is so weird, but so, so moving — and full of hope. … #GabbyGiffords. Unbelievable, wonderful, thank you. … 'I wish Donald Trump knew how to be a President.' Hillary Clinton … 'DonaldTrump hasn't grown into the job. Because he can't.' Barack Obama … 'This president is counting on your cynicism.' 'Do not let them take away your power. Do not let them take away your Democracy' VoteEarly2020" –Bette Midler, on Twitter after the speeches on night 3

"Sooo grateful to @EvaLongoria & @TraceeEllisRoss for leading us through Nights 1 & 2 of the #DemConvention. I'm inspired by those sharing their stories and thoughts on how to create a better America, one that represents us. I'm honored to join in tonight. Hope you'll be watching!" —Kerry Washington, on Twitter on night 3 of the DNC, which she hosted

"Tonight I'm watching a real President speak and I'd almost forgotten what it felt like to have great leaders who care about their people. We must vote this monster out and find our true North again as a Nation. Register. Vote. Now." –Josh Gad, on Twitter following former President Barack Obama's DNC speech on night 3

"What a night!!! … I think that Obama just gave one of the greatest speeches ive ever heard from a politician. If you disagree i suggest you find it and watch again, and listen more carefully. Also, it was necessary. It was what we needed. We have a four alarm fire here" –Mia Farrow, on Twitter after night 3

"I can't stop tearing up. @KamalaHarris is so fierce and smart. And luminous. #BidenHarrisToSaveAmerica" –Lea Thompson, on Twitter on night 3

"'How do you make a broken family whole? The same way you make a nation whole. With love and understanding and with small acts of kindness. With bravery. With unwavering faith. You show up for each other in big ways and small ones, again and again.' -@DrBiden, our future FLOTUS." —Julia Louis-Dreyfus, on Twitter after night 2

"'Jill cares.' Remember Melani[a]'s jacket, 'I really don't care, do you?' Oh, brother. What a contrast. … Standing O for Jill Biden!! Bravo! Another great night for the Democrats, so moving. Thank you." –Bette Midler, on Twitter after night 2

"IM [crying face emoji], I LOVE HER [hand clap emoji]. IVE LOVED HIM SINCE 2006. AND I PROMISE YOU ( ABSOLUTELY NO BS) JOE BIDEN IS ONE OF THE KINDEST, STRONGEST MAN IVE MET [kiss lips emoji], AND JILL ROCKS THE HOUSE [kiss lips emoji]. THEY GIVE ME HOPE. WE ALL NEED THE FEELING WE'RE PROTECTED,LOVED. THEY MAKE ME FEEL BOTH THOSE THINGS [prayer hands emoji]" –Cher, speaking about Dr. Jill Biden and Joe Biden, on Twitter after night 2

"For anyone who was watching their first political convention last night, AOC seconding the nomination for Bernie Sanders was completely normal protocol for a candidate who earned enough electoral votes during the primary. She was invited to do so. Nothing shocking about it." –Amber Tamblyn, explaining that Rep. Alexandria Ocasio-Cortez's nomination of former Democratic presidential candidate Bernie Sanders during night 2 of the DNC was protocol and not a swipe at Joe Biden

"I love you Carters! Thank you." –Mark Ruffalo, praising former President Jimmy Carter and wife Rosalynn's appearance on the DNC telecast on Twitter on night 2

"MY BOYFRIEND, JIMMY CARTER!!! Never was a president so wrongly maligned. I'm thrilled to see my new boyfriend, President Biden embrace him. #BidenHarris" –Kathy Griffin, via Twitter on night 2

"'How do you make a broken family whole? The same way you make a nation whole – with love and understanding.' -Jill Biden @DrBiden This is what a First Lady sounds like. She really DOES care. Do U?" –Mark Hamill, via Twitter on night 2

"Thanks to the @DemConvention for asking me to close out a powerful night with my new song #NeverBreak. The song is about love, hope and resilience, and I think we could all use some of that right now. [prayer hands emojis]" –John Legend, on Twitter after performing on the DNC telecast, after night 2

"No words. @MichelleObama. is magnetic. #myforeverfirstlady." –Mandy Moore, on Twitter after night 1

"I never thought i would see so many Republicans speaking at the Democratic convention about how worried they are for our country and encouraging people to vote for Biden." –Patricia Arquette, on Twitter after night 1

"Watching the #DemConvention. It's so good to see so many diverse people coming together addressing racism and the promise of America. There is a sweetness and kindliness about this production. … Loving Michelle . So direct and empathetic. I love that she is focusing this on our kids. This is all about the kids. #DemConvention2020" –Mark Ruffalo, on Twitter after night 1

"Every household in America watching #MichelleObama right now." –Josh Gad, on Twitter alongside a GIF of a large crowd of people clapping furiously, after night 1

"The greatest political putdown ever. Memorize it. 'He is clearly in OVER HIS HEAD. He simply cannot meet this moment.'" –Bette Midler, on Twitter after night 1 commenting on speaker Michelle Obama's commentary on President Donald Trump

"FORMER FIRST LADY SURE KNOWS HOW TO THROW SHADE ON A [rat]" –Cher, on Twitter after night 1

"God, @MichelleObama is so strong. Fueled by empathy. There is no higher aspiration." –Bradley Whitford, on Twitter after night 1

"#Michelel Obama is [fire]" –Lance Bass, on Twitter after night 1

"Watching the singing of our National Anthem gave me chills. So proud to see the real America. So proud to be a Democrat." –Rob Reiner, on Twitter after night 1

"This Biden/Harris Springsteen package is excellent. Not good. Excellent. Showing all of America and her TRUE greatness. #DNC2020 #TheRising" –Uzo Aduba, on Twitter after night 1

"Thank you Michelle! Vote this November like your lives depend on it! #DemConvention" –Eva Longoria, on Twitter after night 1

"A GREAT speech, magnificently delivered. Thank you @MichelleObama … Michelle Obama: 'Donald Trump is the wrong president for our country. He has had more than enough time to prove that he can do the job, but he is clearly in over his head. He cannot meet this moment. He simply cannot be who we need him to be for us. It is what it is.' … We have been dragged thru such sludge for 4 years. But tonight lifted me back up and made me KNOW again that America and Americans really do have the right stuff. We can heal, fix the wrongs & together we can move toward that more perfect union. We can do this. Yes we can!Vote" –Mia Farrow, on Twitter after night 1

"Riveting @MichelleObama we are under performing in the world, we are pittied! standing ovation to her because she makes me proud to be an American, and I miss that feeling. #DemocraticConvention" –Aubrey O'Day, on Twitter after night 1 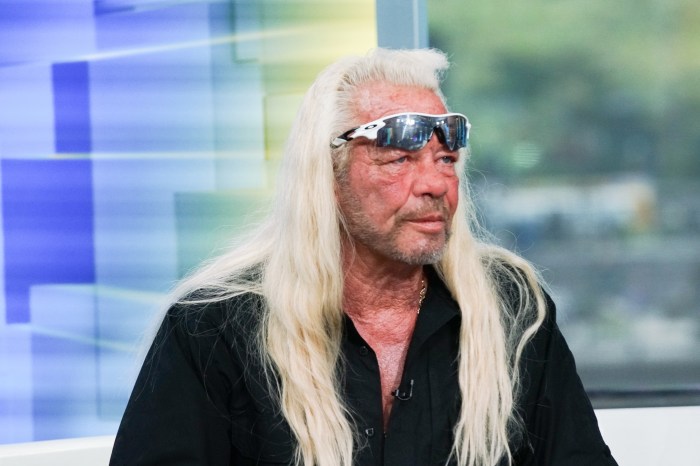