Back in 2015, Us Weekly quoted sources who claimed George Clooney and Amal Clooney were ready to start a family, saying they'd even visited a fertility clinic. Now, a Lebanese newspaper is taking that claim one step further — well, two steps. The Daily Star reports Amal is pregnant with twins, according to "family sources." As LaineyGossip points out, it's hard to know what the Star's track record is when it comes to gossip, but the Clooneys have been more under the radar than usual in recent weeks. Last we heard from Amal, she was urging female unity at the Texas Conference for Women in November. Her speech centered around her relationship with her mother, which you could stretch into a sign she was thinking about starting a family were it not for the fact she also spoke at length about Supreme Court Justice Sonia Sotomayor. George, meanwhile, spent most of the fall on the set of "Suburbicon." Like LaineyGossip, however, we do wonder why this holiday season has been free of photos, paparazzi or otherwise, showing the pair vacationing with friends like Cindy Crawford and Rande Gerber in Cabo or with Bill Murray in Italy.

Like a professionally made-up groundhog in February, Kim Kardashian West reappeared on Snapchat this week to share her first selfie of 2017. While it was hard to tell if she saw the shadow of her lip ring bedecked superpout, she did remain in the social media world long enough to also change her Facebook profile pic and post a photo of her immediate family, Kanye West, plus their kids North and Saint, to Instagram, according to E! News. The posts came shortly after she briefly dropped her maiden and married names from Twitter. (The fact that she later slapped those bad boys back on there means six more weeks of winter, according to German legend.)

Another day, another wrinkle in the Mariah Carey New Year's Eve saga. The singer, who flubbed her lip-syncing performance on live TV last weekend, is now hearing from her ex-husband and former manager, Tommy Mattola, who shared the following open letter with the New York Post. It includes no fewer than 18 exclamation points, so listen up: "MC is arguably the greatest pop voice to come along in the last three decades. She has had more number one hits than any pop artist in history!!! She is a global icon and a treasure with incredible talent not only as a singer but as a great songwriter. What happened on NYE could've happened to anyone! Yes, her technical people should've helped pay more attention to all of it so that there was no chance of that happening [sic]. My only advice is that she should hire more seasoned and respected professionals to surround her and help her with her career! I would never have encouraged her or guided her to do something like a reality television show!!!!! I don't get it!! That does absolutely nothing for her integrity, her credibility, or her massive talent!! She should take a step back, think carefully and figure out what to do next. That is what she does best.. most certainly none of these issues or problems ever existed with her in her early days at Sony for the first 10 years when she skyrocketed to global superstardom!! Where absolutely meticulous and methodical attention was paid to every single detail and nuance that went on into her career!" The world is clearly not ready to move on. Sorry, "… ready to move on !!!!!" We kinda are, though …

RELATED: How celebs rang in the new year in 2017

Brad Pitt was only allowed one holiday visit with kids: Report

Brad Pitt's struggle to spend time with the six children he shares with Angelina Jolie wages on. According to the New York Post, the actor was only allowed to get together with Maddox, Pax, Zahara, Shiloh, Vivienne and Knox once over the holidays, and it was supervised by a therapist. He was allegedly barred from joining them at Thanksgiving and headed to the Caribbean with a male friend for the weekend. While Angelina ushered the children to Colorado for New Year's, Brad did not join them. His only visit with the kids came over Christmas weekend, when they reportedly exchanged gifts. Things remain bitter between the estranged husband and wife as they work out the details of their split in court. Earlier this week, a judge OK'd Brad's request to have the divorce documents sealed. The Post reports Angelina's lawyers fired back that it was natural he;d request privacy on the matter and cited the Department of Child and Family Services investigation of the actor, even though authorities cleared him of all allegations.

Megyn Kelly's move to NBC was news to Matt Lauer, who 'blew a gasket'

Criticism came swiftly after NBC announced Megyn Kelly was joining its ranks from FOX News. Outlets like the Grio asked "Is Megyn Kelly a racist or does she just play one on TV?" while social media users posted months old articles about her response to Donald Trump's "bleeding" comment given Megyn's long-held assertion that she is not a feminist. That may have played a part in NBC's alleged decision to keep the news of her transition under lock and key from major daytime players like Matt Lauer and Savannah Guthrie. The New York Post reports both "Today" hosts knew nothing about Megyn's hiring even though many suspect theirs is the "daily daytime show" she's slated to join. The Post claims some sources say Matt "blew a gasket" when he learned the news just before it was announced publicly. (Others at NBC reportedly deny Matt was angry.) The Post also reports that while almost no one else was told about Megyn, Andy Lack did tell "Today" head honcho Noah Oppenheim. That detail has created further speculation Megyn could be on tap to replace the Donald's old p—–grabbing confidante, Billy Bush.

The stars of "Hidden Figures" appear on the latest cover of Essence magazine (via JustJared). Inside, they open up about the impact of their film, which details the true story of the roles three scientists — who happened to be African American women in the '60s — played in putting a man on the moon. Of her character, Octavia Spencer pointed out, "This woman is the mother of all girls who code – Black, White, Latin, Asian, Indian. It all began with Dorothy Vaughn." Taraji P. Henson recalled being taught science was not for her. "When I was growing up, people told me out of their mouths math and science are for boys. I was told that over and over. Like, no one showed me how to fall in love with numbers. If I had a teacher like Mrs. Johnson, who knows, I might be on the moon," she said. Janelle Monae, meanwhile, pointed out the importance of the three women's bond. "They knew that they were stronger together," she said. "I think they would not have achieved the level of success they did had they not had one another."

High-end nursery or not, Blac Chyna might wanna be more careful what products she promotes to make money. Jezebel noticed that a month after Chyna had been called out for directing Instagram followers to a scam student loan forgiveness company, she at it again this week. In a post that appears to have since been deleted, she writes: "Get rid of your student loans now!! Before he's out of office and it's too late. I need all my followers with over 10k in student debt to CALL 1-855-578-3444 and qualify in less than 5 mins 💕😘😘😘 HURRY!!" Jezebel called the number and discovered that "the number directs to the Student Relief Center," not, as Chyna implied in her post, "'Obama's Student Loan Forgiveness,'" which Jezebel notes "is not a real thing." Calling the number basically confirmed the company wanted to charge clients many thousands of dollars for assistance switching to a loan repayment program based on their income — which any debtor can already do via the government, without charge. Jezebel's call center pal said using the service would cost a one-time charge of $795. Last month, however, BuzzFeed called the same company and reported "the plans last month charged fees closer to $2,200, again, to do what any Joe Schmo could do for free."

Taye Diggs appears to have walked away safely from an accident involving his Mercedes G-Wagon in Los Angeles on Wednesday, Jan. 4. According to TMZ, his SUV ended up in a ditch on Melrose Avenue. Photos published by the website indicated that he was not badly injured, although his rep had yet to comment as of the next day. 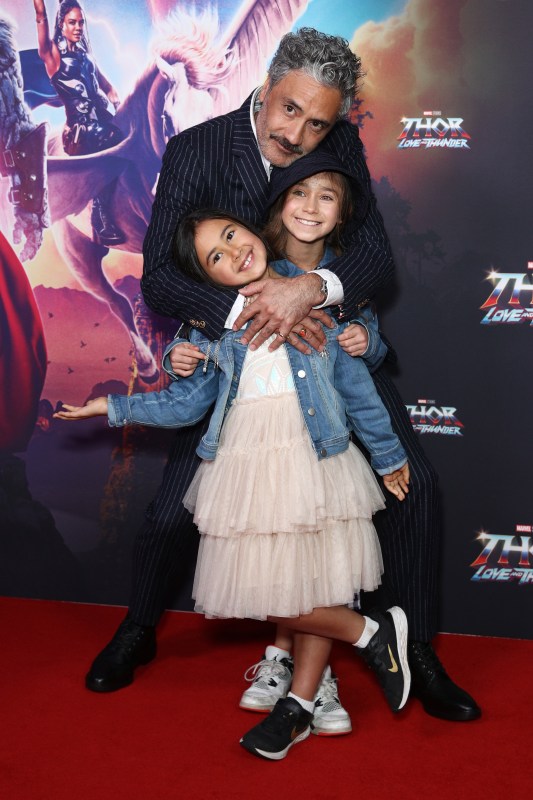