In the music world, relationships can last about as long as a cup of coffee. The touring, the late nights and maybe some extracurricular activities can all strain relationships. But in country music, it seems like the marriage bond can be as strong as oak. In honor of the 2020 CMT Music Awards on Oct. 21, Wonderwall.com is taking a look at some of the longest lasting relationships in the genre, starting with this couple… Thomas Rhett and Lauren Akins' romance goes way back… to grade school. After meeting in first grade, they eventually started dating at 15. They wed at 22 in 2012 and today are more in love than ever. The couple are also now parents of three daughters. Keep reading to see more of country's longest lasting couples…

RELATED: See what country stars looked like at the beginning of their careers

After more than two decades of marriage and three daughters, Tim McGraw and Faith Hill, who wed in 1996, continue to stay strong and defy the Hollywood marriage odds.

Keith Urban is a New Zealand-born Australian. Nicole Kidman is an American-born Australian. Together, they're a match made in entertainment heaven. Married since 2006, the musician and the actress have endured plenty of ups and downs — Keith went to rehab a few months after their wedding — but they've come out on top. They now share two daughters.

George Strait and Norma Voss have one of the gold standards of marriages within the country genre. They met in high school, eloped in Mexico in 1971 and have been together ever since. Life got even better for the duo in 2014 after the "King of Country" retired from touring. As he sings, George and Norma have a "love without end, amen."

In the '70s and '80s, Lisa Hartman Black was known for her acting career as she starred on a bevy of TV shows including the hit soap "Knots Landing." In 1990, fate took over when she attended a Clint Black concert. Sparks flew and they married the next year. Lisa, who also sings, has been known to perform with her husband.

Ronnie Dunn can thank his wife, Janine Dunn — whom he wed in 1990 — for figuring out how to make his solo career work. After 20 years as one half of the legendary duo Brooks and Dunn, Ronnie and his former partner went their separate ways and Ronnie recorded a self-titled solo debut album. Janine helped him "find himself," he told Great American Country. "She told me, 'You've been running hard for 20 years — and for about 15 years before that you were running hard to get here. You need to stop and spend time trying to find where you are in your heart.' As usual, Janine was right. That's what I fought to do with this album, and I feel like, for the most part, I captured that in the end."

Good luck finding a recent photo of Dolly Parton and husband Carl Dean. Don't let that fool you though. The couple has been married since 1966 — that's more than five decades! That whole time, Carl has been notoriously private, opting to stay home while Dolly enjoys the spotlight. "I always joke and laugh when people ask me what's the key to my long marriage and lasting love," the country music superstar told People magazine in 2018. "I always say 'Stay gone!' and there's a lot of truth to that. I travel a lot, but we really enjoy each other when we're together and the little things we do."

When Tricia Lucus met Toby Keith at a bar he was playing at in 1981, he was "just one of those larger-than-life guys, full of confidence," she said 20 years later. The couple married in 1984 and are still going strong.

Life hasn't been perfect for Alan Jackson and Denise Jackson, but they are as committed as ever these days. After marrying in 1979, the couple dealt with the superstar's infidelity and the author's colorectal cancer diagnosis. Denise is now cancer-free, Alan is committed and one of the longest love stories in country music lives on.

Martina McBride wed John McBride back in 1988 — more than 30 years ago! John was her soundboard engineer, so the two worked together before falling in love. Martina once told VH1 that the secret to her lasting marriage is humor and having respect for each other, "and he does what I say," she added. Noted!

It took Willie Nelson decades — and three other marriages — to find the love of his life, Annie D'Angelo. They met when she was a makeup artist on his 1986 movie "Stagecoach" and married in 1991 after welcoming two sons, musicians Lukas Nelson and Jacob Micah Nelson. "She's been with me through thick and thin — you can't ask for anything more than that!" Willie — who's been with Annie far longer than any of his other wives — told Rolling Stone.

Talk about country music legends! Ricky Skaggs and Sharon White, the lead singer of the band the Whites, tied the knot in 1981. Five years after saying "I do," the musical couple released the track "Love Can't Ever Get Better Than This," which earned them a CMA Award for vocal duo of the year. Then in 2014, Ricky and Sharon released "Hearts Like Ours," their duets album. "Now, to have been married 33 years, and what we've been through together with children and each other, as well as the way we've grown as people and as Christians, our faith has grown, I feel like we really have something to sing about," Ricky told Billboard in 2014.

Talk about a love that lasts! Kix Brooks and Barbara Brooks have been married since 1981! And the country superstar seems as smitten with her now as he ever was as they approach four decades of wedded bliss.

Travis Tritt and former model Theresa Nelson tied the knot in 1997. Travis had a reputation as a bad boy at the time but Theresa made quite the impression when she came into his life. "I saw a sincere sweetness in her that stuck out from all the women I had ever met," he told Country Weekly in 2000. They share three children: daughter Tyler Reese and sons Tarian Nathaniel and Tristan James.

It's simple for Brad Paisley and Kimberly Williams-Paisley: Failure is not an option when it comes to their marriage. The country crooner, who wed the actress in 2003, once told Wonderwall.com of his lasting relationship, "I don't know if there's a secret. I think you have to have the same sort of priorities and outlook. You're sharing a car. You've got to want to be going to the same place," he explained. "You have to decide early on that failure's not an option and that you're going to evolve together. You're going to change. … I'm so different than the total hillbilly she met."

First came love, then came music! Keifer and Shawna Thompson of country duo Thompson Square met at a Nashville singing competition in 1996 and married in 1999. "We came in town to be artists, and we met really quickly, but we didn't realize until a few years into our marriage that the best way for us to coexist was for us to be together all the time," Keifer told the the Chattanooga Times Free Press. "Being apart and doing our own things… we just weren't happy. We were happy doing music, and the relationship wasn't suffering, but it wasn't as good without her." Keifer and Shawna welcomed their first child, son Rigney Cooper, in 2016.

It was sort of a shocker when country music star Vince Gill and Christian singer Amy Grant got together after his 1998 divorce. But the couple has called each other "husband and wife" since 2000. They lean on each other during heartache and perform together from time to time. Vince once told Closer magazine, "The first thing that ever drew me to Amy was that smile. I knew how kind she was and all of those things, but when she first smiled at me, that's when my world flipped on its axis."

Singer-songwriter Jeff Hanna, who's best recognized for his involvement with the Nitty Gritty Dirt Band, married fellow country singer-songwriter Matraca Berg in 1993. The couple, who met while on tour with Clint Black in the '80s, share two children: son Christopher and daughter Jaime of country duo Hanna-McEuen.

Country singer-songwriter Neal McCoy found love with Melinda McGaughey, whom he married in 1981. As for how the darling couple met? At Neal's first job. "She came in the shoe store with her mother. And I just thought, 'Oh my gosh, who is this girl? She's the prettiest girl in the world," Neal told Taste of Country. "She had to be. I'd never seen anybody prettier." Neal and Melinda share two children: son Christian Swayde and daughter Miki.

For Merle Haggard, it took him a few tries — four, to be exact — to finally get the whole marriage thing right. In 1993, he married Theresa Ann Lane, and their love never wavered until his 2016 death on his 79th birthday. 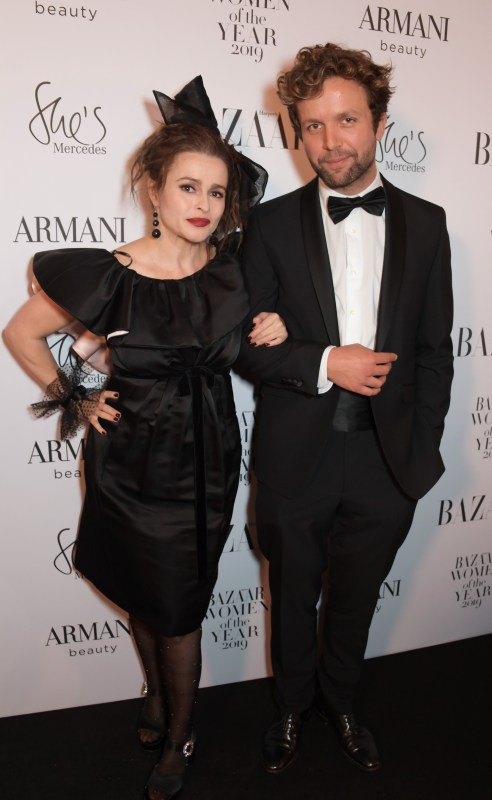