Jennifer Lopez has enjoyed some high-profile romances over the years with a major movie star, a few rap moguls and a couple backup dancers as well as her current love, retired baseball star Alex Rodriguez, who got down on one knee and proposed to the singer-actress in March 2019. But before J.Lo becomes J.Ro, Wonderwall.com wanted to find out what all her exes were up to these days. Keep reading for more…

RELATED: The business of being J.Lo

In 1995, rumors swirled that Jennifer Lopez was dating her "Money Train" co-star Wesley Snipes. Years later, she brushed it off, saying he just made a pass at her. "Wesley — even though I had a boyfriend at the time — went full court press. He was flirting with me — you always flirt with your co-stars, it's harmless — then he just started getting a little more serious. He would invite us all out together and then at the end of the night, he'd drop me off last and try to kiss me. I'd be like, 'Wesley, please, I'm not interested in you like that.' He got really upset about it. His ego was totally bruised," J.Lo told Movieline in 1998. "He wouldn't talk to me for two months."

RELATED: Celebrities who were engaged more than once: See all their rings

Wesley Snipes has been busy since he was linked to Jennifer Lopez — and not just with acting. The "White Men Can't Jump" star served a three-year prison sentence from 2010 to 2013 for failure to file federal income tax returns. In the years leading up to and since, his acting has been limited to direct-to-video projects. However, his luck could change if another rumor is true: There's been speculation that Marvel might tap him for a "Blade" reboot.

Jennifer Lopez's first husband was Cuban waiter Ojani Noa. The marriage was short-lived, lasting under a year between 1997 and 1998, though it seemed to end amicably as Jennifer later hired Ojani to run her Pasadena, California, restaurant — Madre's — in 2002. But she fired him just six months later.

Ojani Noa (pictured here with actress Phoebe Price, whom he briefly dated in 2013) has tried endlessly to capitalize on his marriage to Jennifer Lopez. In April 2006, J.Lo sued him to prevent him from publishing a book about their relationship, claiming he was violating a confidentiality agreement. She won the case the following year. In 2015, Ojani's business partner announced that they were planning to produce a DVD and stream "salacious material" from home video footage featuring J.Lo. The horrified superstar filed a $10 million lawsuit, which dragged on for years, to stop them. The project was never released.

Jennifer Lopez hit a new level of fame when she began a relationship with Sean Combs. The rapper — who's gone by Puffy, Puff Daddy, P. Diddy and Diddy — spoke about being in love with Jennifer, whom he dated from 1999 to 2001, in 2006. "Jennifer and I are so much alike as far as our drive, our determination, what we want to achieve. That's why we connected," he told Oprah Winfrey. "But I could never go forward and finish the relationship with Jennifer because I was still in love with Kim [Porter]. She still had my heart." Jennifer has hinted that Diddy was unfaithful during their relationship.

Diddy has stayed busy in the musical world (in 2016, he was nominated for a Grammy for best rap song), the business world with his beverage and clothing companies and with his six children. For years, he dated singer Cassie, but the two split in October 2018 shortly before his ex-girlfriend Kim Porter — the mother of three of his children — unexpectedly passed away from pneumonia.

Jennifer Lopez fell for one of her backup dancers, Cris Judd, after they worked together on her 2001 music video for "Love Don't Cost a Thing." They married that same year after a month-long engagement. But it was another short-lived marriage for J.Lo, who'd ended things with Cris by June 2002.

Cris Judd continued to dance after his marriage to Jennifer Lopez. He notably took part in an MTV Video Music Awards tribute to Michael Jackson — his former mentor — in 2009. He's also scored jobs on the small screen in projects like "New Zealand's Got Talent" and an episode of "The Real Housewives of New Jersey" as Melissa Gorga's choreographer. He's been married to Kelly Wolfe since 2009. They have a daughter, Vivienne, who was born in 2013.

Bennifer — the wildly popular nickname for Ben Affleck and Jennifer Lopez — began in 2002 after the two stars fell in love while filming the infamous flop "Gigli." They continued to work together, co-starring in "Jersey Girl" and her "Jenny From the Block" music video, and they even got engaged. Ben famously proposed with a 6.1-carat pink diamond ring from Harry Winston that set him back a reported $1.2 million. The two called off their engagement in 2004, four days before their planned Santa Barbara wedding, and officially split a few months later.

Jennifer Lopez spoke about her relationship with Ben Affleck, who went on to marry a different Jen — Jennifer Garner, with whom he had three children — in 2016. "We didn't try to have a public relationship," she told People magazine. "We just happened to be together at the birth of the tabloids, and it was like, 'Oh my God.' It was just a lot of pressure." Today, Ben, who's made a name for himself as a director as well as an actor, is working on his sobriety, co-parenting with Garner following their 2015 split, and dating "Saturday Night Live" producer Lindsay Shookus.

Jennifer Lopez had known singer Marc Anthony since 1998 — they reportedly briefly dated after she split from her first husband — and they got together shortly after she split from Ben Affleck. After six months together, the music stars quietly tied the knot in a secret ceremony at her Los Angeles home in June 2004. In 2008, Jennifer gave birth to their twins, Max and Emme. In 2011, the couple announced they were separating.

In 2014 — the same year his divorce from Jennifer Lopez was finalized — Marc Anthony married model Shannon De Lima, from whom he split two years later. Marc and J.Lo have remained good friends through the years, reuniting in 2016 on a Spanish-language album and kissing onstage at the Latin Grammys, which came just days before he announced his separation from Shannon. He has dated since, but never J.Lo, despite rumors to the contrary. "I think we're really good the way we are. Honestly, we're always gonna be great friends," Jennifer said on "Live! With Kelly" in 2017. "I'm always gonna be there for him, he's always gonna be there for me." Marc's career has continued to thrive in recent years.

Never single for long, Jennifer Lopez began seeing Casper Smart — a backup dancer on her 2011 tour — shortly after splitting from Marc Anthony. She dated the choreographer, who was 18 years her junior, for five years (with a brief split in between) before finally calling it quits in 2016.

Casper Smart has stayed busy since his 2016 split from Jennifer Lopez. He appeared on 2018's "The Challenge: Champs vs. Stars" on MTV and has had a number of bit acting parts including on shows like "S.W.A.T." and "Shameless." He spoke about his relationship with the Bronx native to Univision. "It started out as flirting, then became more than flirting. There was a connection. Neither of us thought it would be more than a fun time and suddenly we were spending time together, we enjoyed each other's company, there was chemistry," he explained. "I was very young, I was 23 or 24, she was 18 years older, so she was about 42 years old with two kids. But in the moment, everything just clicked. We spent every day together for a year." He insisted that he maintains a friendly and respectful relationship with the superstar.

Jennifer Lopez returned to her rap-boyfriend roots when she reportedly had a brief fling with Drake. In December 2016, he attended her Las Vegas residency show (twice!) and went as her date to her family's winter wonderland prom-themed party. But it ended as quickly as it started, with reports claiming it was never serious and was more of a brief, fun fling.

Drake might have taken his romance with Jennifer Lopez more seriously than she did. He rapped about her in his 2018 song "Diplomatic Immunity," which featured the lyrics, "2010 was when I lost my halo / 2017 I lost a J.Lo." Today, Champagne Papi is concentrating on work. In 2018, he revealed he'd had a son, Adonis, with artist Sophie Brussaux the previous year. In 2019, he won a best rap song Grammy for "God's Plan" and executive produced the upcoming HBO series "Euphoria" starring Zendaya. 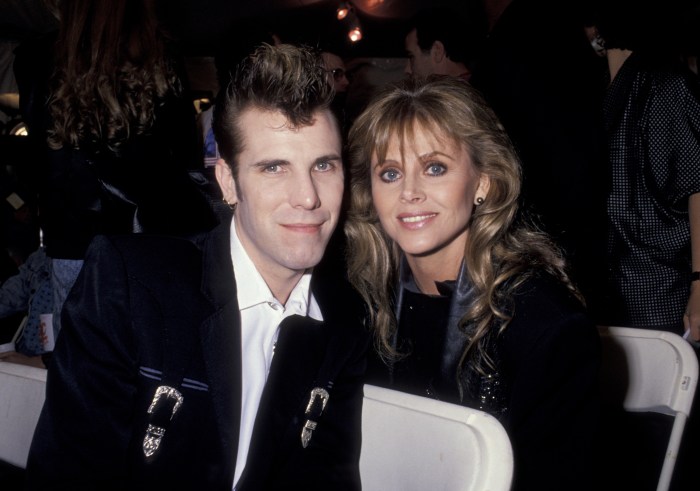