A master of acting, rapping and singing, Donald Glover has been quietly building an impressive career in entertainment for years. The 34 year old enjoyed a breakout year in 2017 thanks to his award-winning TV show, film work and acclaimed music. To celebrate his many accomplishments, Wonderwall.com is here to give you some insight on Hollywood's favorite triple threat. Keep reading for 15 things you probably don't know — but should! — about Donald…

1. He was raised in suburban Atlanta

Donald Glover was born on an Air Force base in California but moved to Stone Mountain, Georgia — about 20 miles outside of Atlanta — when he was a baby. His upbringing near the ATL would later inspire one of his greatest works, the FX show "Atlanta."

Donald Glover might be an artist, but he's also an academic! The rapper graduated from New York University's Tisch School of the Arts with a degree in dramatic writing in 2006.

Tina Fey hired Donald Glover as a writer for her NBC show "30 Rock" right after he graduated from college in 2006. Donald — pictured here with Tina and the rest of the "30 Rock" cast in 2012 — was exactly what the writing team needed. "He was literally still living in the NYU dorms," Tina told Complex in 2014. "And that was a great resource for us. We would turn to him and ask, 'What would a young person say here?'"

4. He was raised as a Jehovah's Witness

Donald Glover gained widespread recognition when he was cast as Troy Barnes on the NBC comedy series "Community" in 2009. Troy was a former high school star quarterback who learned to embrace his nerdy side on the show — a great fit for Donald, who considers himself a "black nerd." He would eventually leave the show during its fifth season.

6. He's a Grammy-nominated rapper and singer

That's right, actor Donald Glover is also a critically acclaimed rapper and singer known as Childish Gambino! Donald has released three studio albums under the stage name. His second, "Because the Internet," was nominated for two Grammys in 2015, but Donald really took his music to a whole new level in 2016 with the release of his third album: "Awaken, My Love!" has been certified gold, features the hit single "Redbone" — which peaked at No. 12 on the Billboard Hot 100 — and earned Donald five 2018 Grammy nominations, including nods for album of the year and record of the year.

"Atlanta" didn't only earn Donald Glover two Golden Globe Awards — it also earned him two Emmys! In 2017, he won for best lead actor in a comedy and for outstanding comedy series directing (he's the first black person to win the latter). The show has been such a huge hit that FX offered Donald an exclusive deal to create and develop additional shows for the network. The first of these shows, an animated version of "Deadpool" that Donald is writing with brother Stephen Glover, is set to debut in 2018.

Fans everywhere were left shocked when — at the peak of his music career — Donald Glover announced that he'll soon be leaving the industry for good. In June 2017, he said on stage that the next Childish Gambino album would be his last. Days later while speaking to the Huffington Post, he explained why, revealing that he felt his music career was no longer "necessary." He explained, "There's nothing worse than like a third sequel, like a third movie and we're like, 'again?' You know, I like it when something's good and when it comes back there's a reason to come back, there's a reason to do that." Fingers crossed he changes his mind!

Don't let the young face fool you: Donald Glover is a proud father of two boys. His first, Legend, was born in 2016. On stage at the Emmys in 2017, Donald announced that he and his partner, Michelle (he's declined to share her last name), were expecting baby No. 2. In early January 2018, he revealed that the little one had arrived. "I sleep four hours a night! I mean, I don't dream as much, I just miss dreaming!" he told Us Weekly, though he also admitted his life hasn't changed too much, all thanks to Michelle. "My partner, she does all the hard stuff, to be honest. I haven't really had to change anything."

Donald Glover is taking on the role of one of our favorite "Star Wars" characters! He's playing Lando Calrissian in the standalone Han Solo flick "Solo: A Star Wars Story." The film hits theaters in May 2018.

Donald Glover, who started his career in comedy, is a big fan and avid admirer of comedian Dave Chappelle, whose early work was an inspiration for "Atlanta." In recent years, Donald learned that Dave feels the same way about him. "I can't keep up with all the s— he's doing, but it's all damn good. That he can do it all blows me away," Dave told Wired in 2017. A few months later that August, the two joined forces for a joint concert at Radio City Music Hall: Dave did stand-up and Donald took the stage as Childish Gambino.

13. He was a Spider-Man casting favorite

A viral hashtag (#donald4spiderman) called for Donald Glover to be cast as Spider-Man in the 2010 film "The Amazing Spider-Man." The campaign gained a large following and webslinger creator Stan Lee even vocalized his support. Unfortunately, Donald was not awarded an audition, but all hope was not lost. Just a few years later, Donald joined the Marvel Universe when he was cast as Aaron Davis in 2017's "Spider-Man: Homecoming."

Donald Glover might have released an album inspired by the negative changes tech and social media can have on people, but the actor is an avid fan of coding. "Coding is a beautiful thing," he told Complex in 2014. "If there is a God, he definitely codes… I don't want young black kids to aspire to be rappers or ballers. Even lawyers and doctors — those are service positions. I want them to be coders. They can make their own worlds then. They don't need anybody else. I love hearing those kids' ideas, all these kids on the Internet. The excitement of making something, that's the spark of God."

In 2017, director Jon Favreau announced that Donald Glover will play Simba in a live-action remake of "The Lion King." Donald will be joined by some of Hollywood's greatest talents, including James Earl Jones, Seth Rogen and the queen herself, Beyonce. The rebooted Disney classic is set to hit theaters in 2019. 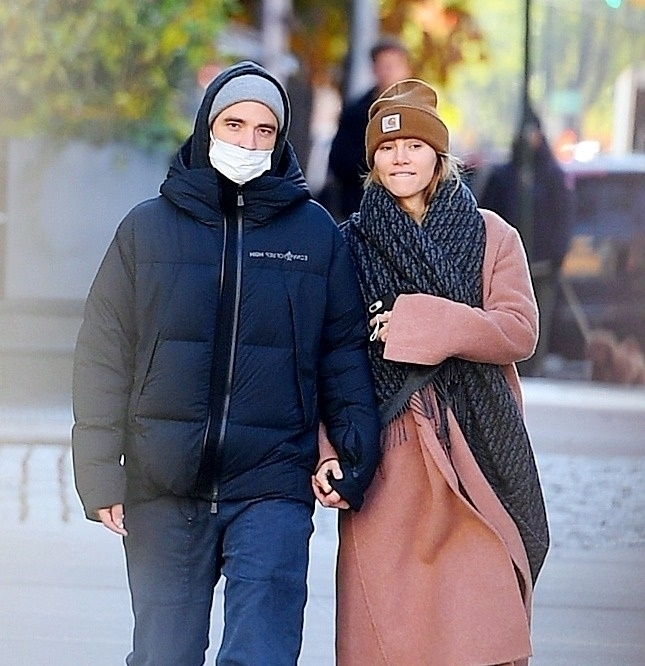