Making it big in Hollywood requires talent, but a lot of stars have more going for them than cream-of-the-crop acting or singing chops. We're talking brains here, people! From outrageously high IQs to Ph.D.s and fluency in multiple languages, Wonderwall.com dug up some of the most intelligent celebrities out there, starting with James Franco. The "Freaks and Geeks" actor, 38, has more degrees than you can count on one hand, including a bachelor's from UCLA in creative writing, a master's from Columbia in the same subject and another master's in filmmaking from NYU. He also enrolled in graduate programs at Brooklyn College for fiction writing and Warren Wilson College for poetry. To top it off, he's currently working on his Ph.D. at Yale and finishing a program at the Rhode Island School of Design. Now keep reading to uncover more smarty-pants stars…

RELATED: Celebrity tippers: The good, the bad and the non-existent

Natalie Portman, 35, values the importance of education even above her career. "I don't care if college ruins my career," she once told the New York Post. "I'd rather be smart than a movie star." Fortunately, she's managed to have both brains and fame. The "Jackie" star, who graduated from Harvard with a bachelor's degree in psychology, has also had not one but two co-authored research papers published in legitimate scientific journals. On top of that, the Academy Award winner speaks a whopping six languages including English, Spanish, German, Japanese, French and Hebrew. Get it, girl!

As if John Legend's songwriting, singing and piano-playing skills weren't enough, we can also add management consulting to his list. Before getting into his music career, John, 38, scored a job working for the Boston Consulting Group, one of the top firms for global business consulting. The "All of Me" singer reportedly took on the gig right after earning his bachelor's degree in English from the University of Pennsylvania, an Ivy League school. To put his intelligence into perspective, he was offered scholarships to Georgetown University and Morehouse College and was also accepted to Harvard.

We already knew that "Underworld" star Kate Beckinsale, 43, could knock your socks off in sci-fi action-thriller roles on the big screen, but did you have any idea that she could also talk your ear off in four languages? The English beauty is fluent in German, Russian and French, aside from her native tongue. Though she didn't complete her university studies — she dropped out to pursue her acting career — she did spend a couple of years studying modern languages at New College at the University of Oxford.

Before making a name for himself in Hollywood, Edward Norton, 47, earned himself a bachelor's degree in history from prestigious Yale University. But that's not where his intelligence points stop accruing. Following graduation, the "Fight Club" actor moved to Osaka, Japan, to become a consultant for his grandfather's affordable housing non-profit, Enterprise Community Partners. During his stay, he not only learned quite a bit of Japanese, but also appeared in an educational video called "Only in America" that was used to teach English to students in Japan. That's pretty legit.

Jodie Foster, 54, is so smart that she reportedly taught herself how to read at just 3 years old. It makes sense that the "Silence of the Lambs" actress got her bachelor's in literature from Yale and was awarded an honorary Doctor of Fine Arts degree from the university. Oh, did we mention she's also fluent in French? Jodie graduated from the Lycée Français de Los Angeles preparatory school with the title of valedictorian.

Just because Conan O'Brien, 53, is well-versed in jokes doesn't mean that he's lacking in the intelligence department. Before the comedian hit it big on late-night TV, he earned a degree from Harvard with a focus on history and literature and even graduated magna cum laude. But it's no surprise that the Harvard Crimson dubbed him the "pre-eminent jokester" of the class of '85. He was also the president of the school's humor publication, the Harvard Lampoon, for two years. And way before all of that, the Massachusetts native — who would go on to be a writer on both "Saturday Night Live" and "The Simpsons" — was at the top of his Brookline High School class, graduating with the title of valedictorian just like fellow Hollywood elite Jodie Foster.

Signs of Sharon Stone's gifted mind started to show up when she was just a toddler, so much so that her mother took her for an IQ test at the age of 4. The results? 154. "I think it was just very alarming for my mother to be talking to a very short, tiny, little adult who was having structured, thoughtful, wise conversation," she revealed on "Oprah's Master Class" in 2015. The "Basic Instinct" star, 59, got the attention of Mensa, a society for those with exceptionally high IQs, and was fast-tracked to college. At just 15 years old, she was offered a scholarship to Edinboro University of Pennsylvania.

Sharon Stone isn't the only big Hollywood star who's gotten Mensa's attention. With a reported IQ of 142, Steve Martin, 71, qualified to be a member of the esteemed intelligence society, which he reportedly pursued for a coveted spot. "Joining Mensa means you are a genius," he wrote in a satirical piece for the New Yorker about gaining admission, "and enables you to meet other members who will understand what the hell you are talking about when you say, for example, 'That lamppost is tawdry.'" Other stars who make the club's IQ-cut of 132? Geena Davis apparently has an IQ of 140, and director Quentin Tarantino boasts a 160.

David Duchovny, 56, ended up leaving his Ph.D. work behind for Hollywood, but not without first creating an impressive academic record, in part thanks to his upbringing. "My mother prized education over everything, over anything," he revealed on Bravo's "Inside the Actor's Studio" back in 2005, "and always wanted me to get a college degree." For the most part, her persistence paid off. The star of "The X-Files" went to not one but two Ivy League universities and ended up with a bachelor's degree in English literature from Princeton and a master's degree in the same subject from Yale. According to Business Insider, he never ended up actually finishing his Ph.D. because he left school after booking a commercial in 1987.

Ever wonder what Lisa Kudrow, 53, was up to before she got her big break on the hit TV show "Friends"? After graduating from Vassar College with a bachelor's degree in biology, she spent eight years researching headaches alongside her father, Dr. Lee N. Kudrow. She's even credited in one his published studies on the relationship between cluster headaches and left-handed individuals. It's pretty ironic that smarty-pants Lisa spent so many years on "Friends" playing the role of Phoebe, who wasn't the sharpest tool in the shed.

Ken Jeong, 47, not only starred in "The Hangover" but could also probably tell you how to cure one in an instant thanks to all of his medical training. Though he's not currently practicing, Ken is a licensed physician! After graduating from Duke, he went to the University of North Carolina at Chapel Hill School of Medicine to get his M.D. and finished his residency in internal medicine at a New Orleans hospital.

Mayim Bialik, 41, totally lives up to the genius character she plays on "The Big Bang Theory" — Dr. Amy Farrah Fowler. Off the small screen, she's actually a neuroscientist! Mayim has a bachelor's degree and a Ph.D. in neuroscience from UCLA. She also minored in Hebrew and Jewish studies for good measure. That's one heck of an education…

James Woods, 69, might not have actually ended up finishing his political science studies in college, but the fact that he got accepted into the Massachusetts Institute of Technology (MIT) on a scholarship is a testament to his intelligence in and of itself. The "White House Down" actor left school for a budding Hollywood career, but it didn't seem to have any consequence on his level of intelligence. During an interview on "Inside the Actor's Studio" back in 2000, he revealed that he had an IQ score of around 180. Business Insider also reported that he got an almost-perfect score on the pre-1995 SAT. 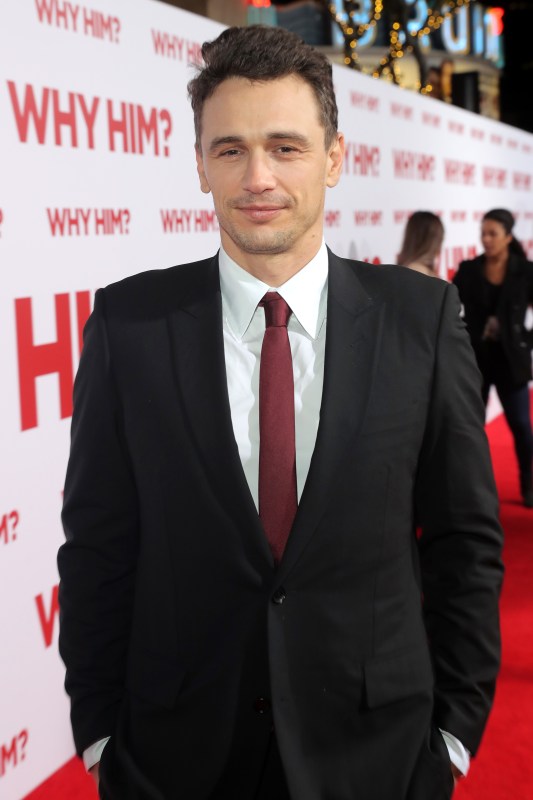 Up Next Smarty Pants

As Dan Aykroyd turns 70, find out what 'Saturday Night Live' stars of the 1970s are up to (and look like!) now

Ryan Seacrest reportedly wants to settle down with girlfriend who's 22 years his junior, plus more celeb love news

Travis Barker rushed to hospital after asking God to 'save' him, plus more news

See which celebrities are marking milestone birthdays in July 2022