From dressing your newborn in head-to-toe Gucci to giving your toddler a $12,000 Hermes backpack for homeschooling, Wonderwall.com is taking a look at the latest news that proves stars are nothing like us. Kicking off our October 2020 list is Ed Sheeran! The "Shape of You" singer-songwriter is reportedly building his own forest on his $4.7 million estate in Suffolk, England. "He's spent tens of thousands of pounds on the project — and [his wife] Cherry's involved too as she's into re-wilding and sustainability," a source told The Sun. "[He has] a huge field where his outdoor wildlife pond will become a dense wood in a few years and he's planted trees six deep around the perimeter to afford him privacy." The source added, "It'll help reduce the carbon footprint of him being a touring rock star too." The estate, which has become known as "Sheeranville," consists of five properties and includes a pub, swimming pool and spa, several greenhouses, an underground cinema, a recording studio, a gym, a wildlife pond and an area for livestock. Keep reading for more…

On Oct. 19, Jason Derulo took to Instagram to share that he'd bought a drink for everyone at Catch, a pricey restaurant in Los Angeles, after learning that his track "Savage Love" had topped the Billboard Hot 100 chart. The singer ended up shelling out $112,742.30 that night! "Listen, it's a celebration of 'Savage Love' going No. 1 on [the] Billboard charts," he told fellow patrons in the restaurant during a toast. "Cheers to everyone in the building." Jason's girlfriend, Jena Frumes, is seen kissing him in a video he posted and telling him, "Congrats, babe." She added later on, "My baby hit No. 1 on the Billboard."

On Oct. 14, Ciara and Russell Wilson took to Instagram to both share an adorable photo of their 3-month-old son, Win, wearing a head-to-toe Gucci ensemble with a large gold-and-diamond pendant engraved with "99." Together, the onesie and leather sneakers cost a casual $700! "99 problems but a Win ain't one," Russell captioned the pic, and Ciara added, "So proud of you @DangeRussWilson for being inducted into the #99 Club," referring to his being added to the 99 Club in the video game "Madden NFL 21."

Another celebrity who's no stranger to dressing her toddler in the finest designer looks? Kylie Jenner. On Oct. 1, the reality TV star and beauty mogul took to Instagram to share a pic of daughter Stormi Webster wearing a baby pink Hermes backpack that retails for $12,000. Former "The Real Housewives of New York" star Bethenny Frankel commented on the post, writing, "I never say anything about this stuff but this is the most transparent humble brag I've seen yet. It's everything wrong with everything." Bethenny, who received some backlash for her comment given her own affluence, defended her remark, responding, "I'm no stranger to an @Hermes_Paris bag & have a daughter & luxury cars, but flaunting (under the guise of a back to school post) during a pandemic & the greatest unemployment crisis in our lifetime is a choice." Bethenny was just one of many people who shared their disapproval of Kylie's decision to flaunt her 2-year-old daughter's pricey backback.

According to a report from the The Wall Street Journal, famed James Bond actor Pierce Brosnan listed his 12,500-square-foot Malibu home for a cool $100 million in late September, making it the eighth most expensive home on the market in Los Angeles County. Pierce reportedly gave his wife, journalist and filmmaker Keely Shaye Brosnan, free reign to create her fantasy space for them. "I said to Keely, 'Go build your dream house.' And she did," he told the Wall Street Journal. The result? A Thai-style house inspired by Pierce's 1997 film "Tomorrow Never Dies," which was shot in Thailand. While they raised their two sons at their Malibu pad, after 18 years, Pierce and Keely are ready to say goodbye to one beachfront view in exchange for another — they've since been spending more and more time at their property in Hawaii. For Pierce, "home is very much here in the islands."

On Oct. 10, rapper Offset bought estranged wife Cardi B quite the extravagant birthday (and reconciliation) gift: a Rolls Royce truck. The presentation of the lavish vehicle was also a major spectacle — Cardi was surrounded by friends while a marching band performed. Inside the luxury truck, which starts at approximately $330,000, was a custom leather car seat made for their toddler daughter, Kulture. According to the Migos rapper, the car seat cost $8,000. "8 thousand dollar car seat and i bet it has peanut butter and jelly on it in 1 week," he wrote on Instagram.

Offset wasn't the only celeb who gave Cardi B an extravagant birthday gift! In celebration of the rapper turning 28, Kylie Jenner gave Cardi a light blue Birkin bag, which the music star showed off on Instagram. "Look at this Birkin. Thank you, Kylie Jenner!" She continued, "Bing Bylie! She goes by King Kylie, but you know we've gotta B, B, B. Powder blue."

Gotta catch 'em all! On Oct. 10, TMZ reported that former rapper Logic dropped a cool $226,000 on a very rare Pokemon card: A first edition Charizard. According to Twitter account @Cardhops, the "Sucker for Pain" hitmaker set a new record with his purchase. "A PSA 10 Base Set 1st Edition Charizard just sold at auction with an ending bid of $183, 812.00 via @IconicAuctions. Including the 20% buyer's premium, the total transaction value exceeds $220k," read the tweet announcing the sale. "As of now, this is the highest known sale of the card."

It's official — Tom Cruise has been cleared to travel to space in 2021! According to TMZ, which cited the 2020-2023 ISS official manifest, Tom is scheduled to board the SpaceX Crew Dragon capsule and rocket in October 2021 so he can film a new project. While there aren't many details available regarding the movie yet, we know it will be the first movie to ever be filmed in space and is reportedly an action-adventure flick that is unrelated to the "Mission: Impossible" franchise. After news broke about Tom's expected launch date, retired astronauts gave their input on how Tom will fare in space. "The only thing on Earth that compares to space travel is going over Niagara Falls in a barrel while you're on fire," astronaut Scott Kelly told TMZ.

NBA star LeBron James has gifted his 6-year-old daughter a mini-mansion. In October, LeBron took to Instagram share a video of daughter Zhuri spending time in her gorgeous white playhouse in the family's backyard — a structure that appears to be a smaller version of their $23 million mansion located in the Los Angeles neighborhood of Brentwood. "Early bday gift my princess!!! Love you baby Z," Lebron captioned the clip. Zhuri's miniature pad is complete with a play kitchen, a spot to study and a space for dining.

That's one way to celebrate! While speaking with Jimmy Fallon on "The Tonight Show" on Oct. 5, Daniel Craig recalled the moment he received the call that he'd landed the role of James Bond. According to Daniel, producer Barbara Broccoli merely said, "Over to you, kiddo." In celebration of landing the coveted role, Daniel revealed that while shopping for groceries, he decided to venture down the liquor aisle. "I was in Whole Foods supermarket, literally with a shopping cart with deodorant and washing liquid — I was doing my weekly shopping," he recalled. "I pushed that [cart] down an aisle and walked into the liquor section. I bought myself a bottle of vodka, a bottle of vermouth, and a shaker and a glass." What makes this story even more unbelievable? The fact that the "Knives Out" actor had never actually had a martini before! Hilariously, he decided to try his hand at mixing 007's favorite drink, noting that a martini is "just a glass of vodka, let's be honest."

Since giving birth to her daughter with actor Joshua Jackson in April 2020, Jodie Turner-Smith has discovered a new beauty product: breast milk. "My current beauty secret is that I put breast milk in all of my face serums," she told Vogue. "My skin is very sensitive, so I use a light cleanser, and then I put a serum with aloe and breast milk that I literally squeeze right into my hands … I think it's the lactic acid. I've just found that the milk has been revolutionary." The "Queen & Slim" actress has also previously dished on using breast milk as a remedy for postpartum pimples. "I've been getting so many spots lately (hormones)?" she shared via Instagram. "I put breast milk on them last night and today my skin looks much better."

On Oct. 13, the Daily Mail reported that MMA and boxing star Conor McGregor shelled out about $3.5 million on a Lamborghini yacht that has been referred to as "the supercar of the sea." Officially known as the Lamborghini Tecnomar 63, the yacht marks the luxury car company's first foray into the world of sport yachts. Conor, who has an estimated net worth of $120 million, purchased the 12th of 63 yachts that were manufactured.

Wax figures of our parents: we all have them, right? While chatting with Ellen DeGeneres on "The Ellen DeGeneres Show," Kris Jenner discussed the fact that daughter Kylie has a wax figure of the momager that sits at her home's bar. "The wax figure was done by Madame Tussaud," Kris explained. "And I had them make one for me thinking it would be really cute sitting at the bar. But [my boyfriend] Corey [Gamble] got a little upset. It freaked him out. He thought it was really creepy and he couldn't go to the bar anymore." Luckily, the figure found a new home at Kylie's place. "So Kylie had me delivered to her house. And so now, I guess they have this drinking game at Kylie's house, so everybody just talks to the fake Kris Jenner and has great conversation."

On Oct. 10, Kim Kardashian West took to Instagram to announce that she's partnering with Armenia Fund, a non-governmental organization that aims to aids those affected by the conflict in Armenia, and making a very big donation. "The @armeniafund is directly helping those that have been impacted during this critical time with humanitarian aid through food, shelter, and medical care," wrote Kim. "I will be donating $1M to assist their efforts on the ground and invite you to join me. Whether you are helping with just raising awareness and posting on social media or donating just $1, every bit helps." According to TMZ, siblings Kourtney Kardashian, Khloe Kardashian and Rob Kardashian are also doing their part and donating hefty sums to aid the Armenia Fund.

On Sept. 23, Complex reported that Chicago rapper G Herbo bought his former school, Overton Elementary, with the intention of turning it into a community center. By purchasing the school buildings, which closed down in 2013, G Herbo will be able to give back to his community. "This is just about being able to lead by example for the next generation," the 25-year-old rapper explained via HotNewHipHop. "We're really just trying to change the narrative and lead by example… and show the next generation that they can do what we're doing even greater. We're not saying we're going to see drastic change tomorrow, but if we keep this up, there's limitless opportunities and it's limitless where we can go." 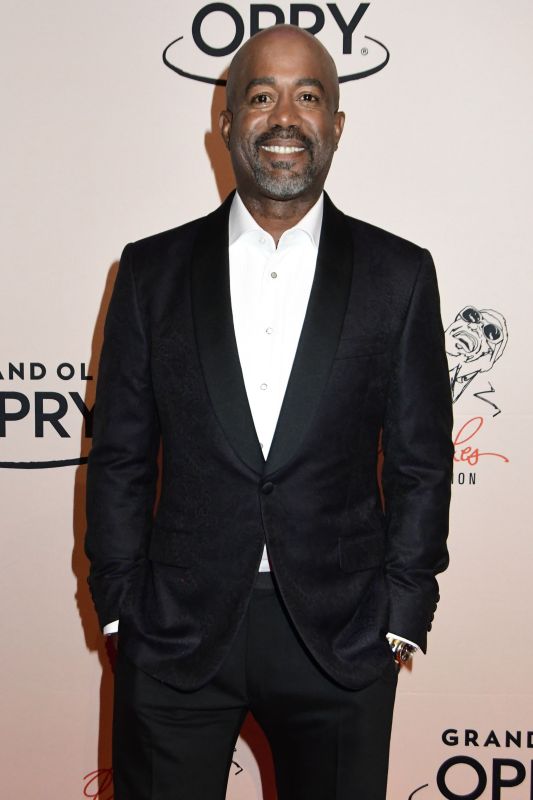