Nick Carter's gone country! The pop star just released his latest single as a solo artist — country-pop love song "Easy," which is inspired by his wife and kids — with a key assist from country music singer-songwriter Jimmie Allen. (Check it out here!) Wonderwall.com caught up with our favorite Backstreet Boy to get the scoop on flexing his musical wings after a year of focusing predominantly on family — "I kind of started getting creative again and wanted to start writing some music," he said — following the birth of his third child in April 2021. He also dished on how he's gearing up to hit the road with the Backstreet Boys later this year, shared how he's getting in shape without sacrificing time at home with his kiddos, reflected on the BSB's upcoming 30th anniversary as a band (crazy!) and more.

Keep reading for the highlights from our chat … while streaming "Easy" on repeat, of course!

"I have a producer who I've been working with for the past year, Vic Martin. … Vic introduced me to Jimmie. I found out Jimmie was a fan of the Backstreet Boys and also of me, and I've been listening to his music for a while. I was like, 'This is perfect!' He was interested in working with me and I was interested in working with him, and Vic and I wrote this song called 'Easy' and we were just like, 'Maybe Jimmie would want to feature on it,' and sure enough, he did! … So he laid his vocals on it and he was excited about it — it just meshed perfectly."

RELATED: Here's what 73 major country music stars looked like at the beginning of their careers

"[The inspiration] was just simple life — it's being at home, being domestic, taking out the trash, doing the dishes and cooking food. My thing is I love to prepare breakfast. I literally wake up at 5 o'clock in the morning every single morning, and I'm the one who is preparing the kids' breakfast and getting them ready for school. When you listen to the lyrics of 'Easy,' you can literally see what we live every single morning. … It's really simple: I cherish [my wife]. She's made me the man who I am today and supported me along the way. So this is a dedication to her and my children. Also when I talked to Jimmie Allen about the song, he's in the same part of his life: He has new children and a beautiful wife. It just made sense to be grateful and thankful and dedicate something to the people who love us unconditionally."

RELATED: Celebs with their kids in 2022

"I have been in full dad mode for the past two years since we've been off. I love it. Don't get me wrong: It's what I live for — to drive my kids to school, to be there for parent-teacher conferences, to read books to them, to take them to the park, to just be involved in my children's lives in a full capacity. We're approaching two years of being off with the Backstreet Boys. We were in the middle of a huge tour called the 'DNA World Tour,' and we had to stop that — obviously for important reasons. Now coming up in June is our first show … and then more touring. … So I just said, 'Well, you know, maybe it's time to get my juices flowing a little bit, get things going, get motivated.' So I started writing and recording and jumping back into the entertainment and music world a bit to kind of get inspired and get back into that touring and music mode."

"I definitely am inspired — the inspiration really comes from our incredible fans who've been patiently waiting to be entertained. Not even just our fans, but everyone around the world is longing to get out and to be entertained and to listen to music and take their minds off of the crap in the world. That's our job and my responsibility — not just as a solo artist but also as [a member of] the Backstreet Boys. I'm looking forward to that moment where we get back on stage and we're just helping people be entertained. I'm so excited about that."

"The show that we had was so big — it was this huge production. … We were in the middle of the tour [when the pandemic kicked off]. We had already done a little bit of a run in the States. Now some time has kind of gone away. I think maybe people won't remember the show — or maybe they want to come back and see it again! Hopefully it'll be like a great movie you really love and want to go see again. We believe it was our best show to date. So we're just gonna use the same show, plug in some new things and then just be the Backstreet Boys and go out there and dance and sing and entertain."

"If you think about the country world, they're always bringing their families with them. I was the last [member of the Backstreet Boys] to really have children. I saw the guys would bring their families on the road. In the United States, it's easy to go on tour 'cause you have buses, and it's basically like a cookout — you bring the crib out and you're kinda camping and then also performing at the same time. The kids are all mingling together. The other guys' families are hanging out. It's just a really big, loving bunch. I've seen how they did it. There are obviously challenges because what's more important to me is making sure my kids are in school. Now that they have a routine, it's important that they stay in that routine. So I don't know what we're going to do necessarily. If they have time off and it's summer break, they can easily jump on a plane and come out and be on the bus with me. … You can have your cake and eat it too [with homeschooling], but it's really not about me — it's about what's best for my children. … I definitely think I'm gonna get a little homesick because I literally live for my children and my family. But I have not experienced what the other guys have already gone through yet [in terms of bringing the kids on the road]."

Nick Carter on sharing his passion for music with his older daughter, middle child Saoirse

"It's crazy because my daughter Saoirse, I think she has the musical bone in her. In the mornings, she will wake up and sing — she's singing in her crib before I wake her up. I know that the second she sees me on stage and sees me performing, she's probably gonna get jealous of the girls. I'm probably gonna get emotional and cry."

"I'm 42. … [The goals are] being healthy and staying active. I've been doing intermittent fasting — I absolutely love it. I do six [hours of eating and] 18 [hours of fasting], and that helps me to rejuvenate and maintain energy. I definitely keep myself inspired when it comes to different workout routines. I do MMA [training] out here in Las Vegas. I go to [Randy Couture's gym] Xtreme Couture. I go to this place called Fit Club out here. I mix it up. And Liteboxer is something that I was able to throw in to make it even more fun. So if I'm at the house and taking care of the kids, I can just jump in the garage for 20 or 30 minutes and burn calories. I also like hiking. It's hard when you're a parent of three — or in any capacity a parent — you don't know how to take time for yourself because you're afraid you'll miss something. … [I rely on] a mixture of all those things [to stay healthy] — a little bit of time for yourself but also not forgetting that you have to be there for your kids. … I just weighed myself today, and I'm 205 pounds. At the peak of the pandemic, I was 223 pounds. On the road when I'm dancing and performing, I'm right around 200, so I'm really close — I'm almost to what I like to call my 'fighting weight.'"

"It's absolutely insane to think about. You think about, like, how do you transcend generations? How do you go decade after decade after decade and transcend? It's not easy. You have to find a way to connect with the new music and then also keep the nostalgia of the old music. All I can say is thank God that we're still here and still able to do what we do. I'm very grateful for that, and I never take it for granted. … The truth is that when we are on stage and I'm watching the face of someone out there who is connecting with a song or a performance that they loved when they were younger or in their teens — and now they're coming to us to give them that experience again and give them that nostalgia — it's such a wonderful feeling. … The fans inspire me to do it — knowing that those fans love our music. There's a special place in our hearts for them. We recognize and understand the responsibility that we have to keep going because we are entertainers: It is our job to entertain." 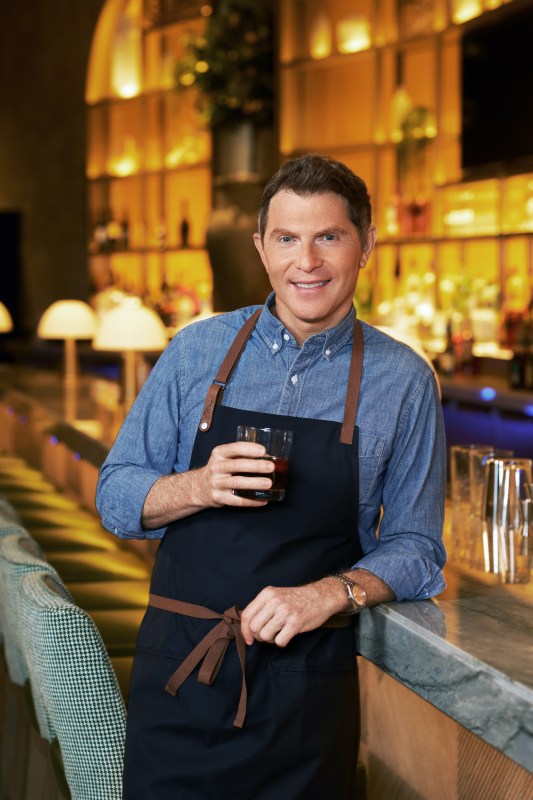