Is Kylie Jenner getting her own spin-off series?

Kylie Jenner could be the next in her family to snag a spin-off series — and it with her No. 1 position on Snapchat and 30 million-odd Instagram followers, it would be likely to turn out some pretty good ratings. According to Life & Style, a show about Kylie is coming shortly. "Cameras will follow Kylie around to her glitzy photo shoots and glamorous nights out at LA clubs," says an insider. "Kylie doesn't want her family to steal her thunder," the source says. "She's determined to be even bigger than her sister Kim." Whether she gets a series of her own or not, Kylie's still likely bound to her role on "Keeping Up With the Kardashians;" in 2015, her family signed a $100 million contract for four years.

When Gigi Hadid and Bella Hadid hit the runway at the Tommy Hilfiger show in Los Angeles on Wednesday, Feb. 7, her whole family was there to support her. The girls' mom, Yolanda Hadid, her dad and Yolanda's ex-husband Mohamed Hadid, her mom's recent ex David Foster and her brother Anwar all joined forces in the audience to root for Gigi. According to USA Today, the Tommyland 2017 theme was all about California with its "youthful attitude … laid-back lifestyle, and the spirit of festivals where music and style collide." Gigi opened the show with Bella following her sister. Other famous audience members included Cindy Crawford and her daughter Kaia Gerber and Lady Gaga.

Working in TV and film comes with a different job description than most other jobs and Keith Urban understands that. He has too, since his wife, Nicole Kidman, occasionally has to build some heat onscreen with her costars. In "Little Big Lies," that heat is not necessarily PG rated either. "He knows," Nicole told E! News this week when asked how Keith reacted to her love scenes for the HBO series. "He's an artist, so he knows that the work is the work, and obviously this character is … it's important in terms of the way in which the storyline plays out." This weekend, both Nicole and Keith are up for serious awards: She'll be in the U.K. at the BAFTA Awards, where she's up for Best Supporting Actress for her role in "The Lion," while Keith will be at the Grammys vying to win Best Country Album for "Ripcord" or Best Country Solo Perofrmance for "Blue Ain't Your Color." Nicole added: "I will be FaceTiming my husband and hoping that he wins."

Jemima Kirke married Michael Mosberg at 24. At 31, the "Girls" star is divorced and has a different perspective on who she is and what she wants. "I got divorced, and I attribute that to acting," she recently said to ES magazine (via E! News). "And just asking myself, 'Is this really me?" She was pregnant with her first child and explained that was a factor, too. "I just wanted to keep it f–king simple: Yes, I choose you, let's do this. We'll live together and we'll raise the baby as a family. You just want to do whatever is best for the child. … Getting pregnant does influence your choice, and that's why I think a lot of couples end up getting divorced later. Because the kids are fine, they're in school, they've got their life set up and then you finally ask: 'Am I happy?'" So much of my life has been about reaction, just following the flow rather than making a strong choice. In acting you are always asking yourself why you do things, why you make the choices you make. Everything means something. And so then you start looking at your own life in that way. I've learned a lot more about myself and started to figure out what I really want."

Lena Dunham on why 'Girls' struck a nerve

The girls of "Girls" recently sat down with Vulture for a final "vent" session. Lena Dunham kicked things off with a list of grievances. "There are three points I want to start by making," she said when asked what it feels like looking back on the series' success and why it "struck suck a nerve." Lena continued: "One is, we never resisted that criticism. We were like, there's a conversation about diversity that needs to happen in this industry, and if we're going to be the show that starts that conversation, we're thrilled to have the job. I tended to think we were capturing something that was real about life as a young woman, but not necessarily capturing what was real about everyone's life as a young woman. People feel connected to the show, and they want to feel more connected to the show, and they want to feel more seen by this show. That being said, there is a really fascinating phenomenon we're in, unlike male television creators. We were never given the benefit of the doubt. So the idea that we would understand the humor of our show, that our show might be a commentary on the attitudes of white middle-class women, that we were self-aware, was completely disbanded based on the notion that we were somehow four idiotic white women incapable of understanding what we were performing or writing."

Good bet Jason Derulo won't be flying the friendly skies with American Airlines anytime soon. On Wednesday, Feb. 7, the singer tried to fly out of Miami and was told he couldn't check his crew's bags for free. E! News reports Jason has said he's a Concierge Key member, which American Airlines claims makes him eligible to check three bags. According to E!, he had 19 bags but Concierge Key is an elite level of membership that doesn't publish much information onl;ine about the specifics of its perks. Since he said he'd spent so much money on the airline in recent years, Jason was enraged. When the airline called the police, he came to see the situation as being related to his race. ".@americanair I spent millions on your airline throughout the past ten years between myself and my entire staff but have still experienced racial discrimination today at miami airport!!!" he wrote on Instagram. "Called 15 police officers on me as if I'm a criminal! It's not ok that when you find out who I am the gears change! F–k that!! I want answers #conciergekey #conciergekeymember #thecaptainneedstoshowrespecttoo cause he could #cashmeoutsidehowboutdat #notypo #ifiwasanyoneelseiwouldhavebeenarrested." A rep for American said Jason and his entourage "smelled of marijuana and were starting to get aggressive.' In the end, however, E! Reported "no police action was taken" and Jason was booked onto another flight.

Americans aren't the only ones who find Donald Trump's immigration ban to be problematic. Dev Patel, whose country recently approved the nationalist Brexit movement to leave the European Union, finds reason for concern with what's happening in the U.S. "It was quite overwhelming, very sad," he told CNN (via JustJared) of the ban. "It's kind of a strange situation when you're walking a red carpet and at the same time people are out marching the streets because of so much strife in the air. I'm not an American, so I tread very carefully when I say this, but I'm a product of immigrants. My parents came from Nairobi in Kenya and moved to London … they've been nothing but in service of the country they live in and completely proud to be British."

After Donald Trump complained about Nordstrom dropping Ivanka Trump's brand from its shelves, Kellyanne Conway spoke to the press from the White House, telling the country, "Go buy Ivanka's stuff is what I would tell you" (via GossipCop). Celebs like Chelsea Handler weren't feelin' it, to say the least. "Trump says his daughter has been treated 'so unfairly' by Nordstrom. Oh, was she detained for 19 hours when she tried to enter the store?" she asked on Twitter. Later, she added a one-liner to the mix: "A Gay, a Muslim, and a Jew hit Nordstrom and then hit @WhiteHouse to give the finger to @realDonaldTrump." 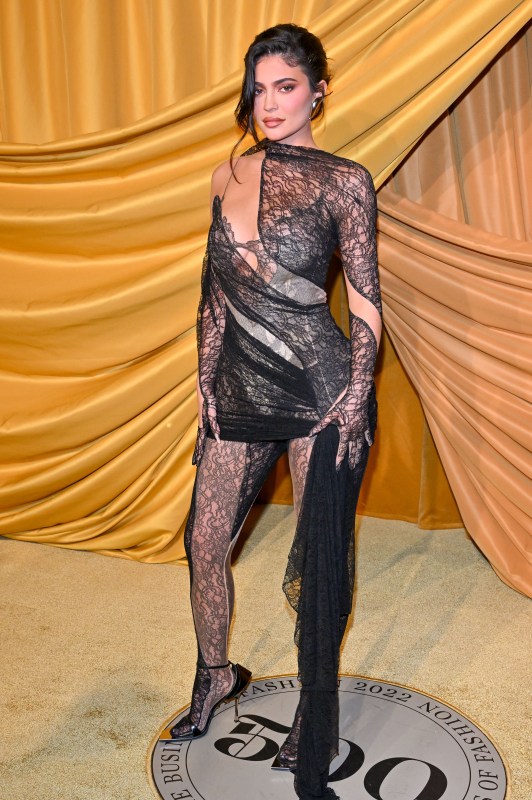