Was Justin Theroux acting single before he and Jennifer Aniston split?

As new details emerge about Jennifer Aniston and Justin Theroux's unexpected split at the end of 2017, it seems the end of the relationship was on the horizon for some time. An insider tells People "Justin gave up many months ago," pointing to the actor's apparent resistance to spending time in Jen's homebase of Los Angeles and suggesting that while Jen "seems OK now," she "was still hoping as of a few weeks ago that they could figure things out." Resolving their issues, however, may not have been an option. According to The Sun, the two were simply leading separate lives by the end. "The reality is he's been partying with all sorts of people in New York and couldn't have looked less like a married man. He's even been telling people he's single, while she spends most of her time in L.A. doing yoga, eating healthily and living a quiet life," a source tells the tab. "They tried to imply they were announcing this to get on the front foot, but they feared the truth might emerge any minute. Too many people had started to realize. He's been pretty much living in New York full time and growing close to other people, so it was only a matter of time. … The arty scene really embraced him. He's a quirky character with very diverse interests. He loves fashion, design and, weirdly, has a collection of human teeth. The reality is Jen just doesn't fit in. She's a home girl who likes cosy nights in with friends. He wants to feel cutting edge and different." On the bright side, the logistics of the pair's split will likely be relatively simple. They maintained their own residences as "sole and separate property," according to The Blast, and as the New York Post recently reported, their breakup seems not to have caused too much trouble or confusion among their friends. Justin was spotted having drinks with close friends of Jen including Courteney Cox just last month.

Short hair, don't care! Soon-to-be mother of two Chrissy Teigen showed off a new look over the weekend after she headed to the Kardashians' go-to stylist, Michael Silva, to give her a lob. "I got a haircut," she said in a Snapchat on Sunday, Feb,. 18. "Thank you, Michael Silva. I love it. I am short." Chrissy and her new 'do stopped by Ellen DeGeneres' show the next day, where she revealed she and John Legend are expecting their son to born in June. And while they know the baby's gender, they seem pretty far from determining what his name will be. "Boy names are really tough and I don't think he will even have a middle name because we can't even come up with a first name," Chrissy joked (via Us Weekly). When Ellen riffed on Chrissy and John's daughter's name, Luna, suggesting, "What about Lunar for him" — as well as Urban Legend — Chrissy explained how she her husband came up with Luna. "There was a blood moon happening. It was a really beautiful night. Really big, red moon and just gorgeous," she said. "I have this love for space and I think about space camp all the time and my days at space camp when I was a youngster. And so I thought Luna was just perfect and she's kind of the perfect Luna."

Get a room! Idris Elba and his new fiancee, Sabrina Dhowre, were the picture of love at the Burberry show at London Fashion Week on Saturday, Feb. 17. Seated in the front row, the pair looked cozy and sweet as they snuggled up to one another and shared kisses while they waited for the presentation to begin. Idris, 42, proposed to the 29-year-old actress and model earlier this month during a screening of his film "Yardie." In a post from the theater where the screening was held, a staffer wrote, "Still 5 days to Valentines Day but @idriselba went down on one knee and proposed to his girlfriend live on stage this morning before a preview of his film #Yardie. She said yes and there was much clapping and cheering." Idris and Sabrina have been dating since 2017.

In the wake of Fergie's lounge-ready torch song-esque take on the National Anthem at the NBA All-Star Game on Sunday, Feb. 18, celebs from Roseanne Barr to Khloe Kardashian shared their confusion and distaste for the singer's performance. But one celeb with some experience with haters had a pro tip for Fergie: don't sweat the haters. When TMZ caught up with Mariah Carey outside Sweet Chick in Los Angeles shortly after Fergie's controversial song, a reporter asked if Mimi had any advice for Fergie given the criticism she was facing. "Oh darling," Mariah said. "Nobody needs to listen to that."

In which the rich get richer … Among the gifts Kanye West gave his wife, Kim Kardashian West, for Christmas this year was $100,000 worth of stocks in Amazon, Apple, Disney and Adidas. It turns out the investment was well worth it: TMZ reports Amazon and Adidas have risen in value by about $24,000 (Amazon) and $11,000 (Adidas) — nice blips on Kim's portfolio, especially given the losses she recently took on her Disney and Apple stocks. Her current stock portfolio was reportedly worth $431,800 as last week came to a close.

Lorde opens up about her struggle with acne

Lorde's over it. While sharing an Instagram story that showed her using an anti-acne light treatment, Lorde admitted that she's struggled with breakouts for much of her life. She also got candid about how frustrating it can be when people try to give her advice or make assumptions about how she ended up with bad skin to begin with. "For real though, acne sucks," she said in the video (via the Daily Mail). "You know what also sucks? When you've had acne for years and years and years, done all the drugs, tried all the things, and people are still like, 'You know what worked for me? It's moisturizing! … Make a mask out of honey, Greek yogurt, and avocado!' … All you need to do is buy an apricot scrub. Coconut oil. The secret is coconut oil!'" Among the other annoying reactions to her acne? The notion that she brought it on herself. "And the very worst one, of course," she said. "… is when people think you're just dirty." Mimicking their questions, she continued, "Do you wash your face?' It's like, yes, I wash my face, I'm just genetically cursed." Finally, speaking to fans with "actual bad skin, not the kind of bad skin you can just use a fancy cream for for a few days and it will get better," Lorde offered: "I feel your pain. We'll get there. We will. I promise."

Hey Brad Furman: Relax, dude, Bryan Cranston will call you back when he's done with the BAFTAs. During a jokey moment at the awards show on Sunday, Feb. 18, Bryan pretended to have won an award, holding up his phone for the cameras as if it were a trophy. The move made his recent text messages, calls and Google alerts visible to the public, which quickly noticed the exact contents of the alerts. According to the Daily Mail, Brad — the producer Bryan worked with on "The Infiltrator" — had called at least once and texted to ask how Bryan's trip to London went and to urge him to give Brad a holler back. The "Breaking Bad" alum attended the awards to present Allison Janney with the Best Supporting Actress award for her performance in "I, Tonya."

Like most folks who've seen "Hamilton," Meghan Markle is a serious fan. In fact, she liked the production so much that she recently notched her second viewing of the award-winning musical. Us Weekly reports Meghan and her fiance, Prince Harry, checked out the show on Friday, Feb. 16, at Victoria Palace Theatre in London. The couple's attendance wasn't lost on the actors, either. In a tweet, Leslie Garcia Bowman wrote that it "was an honor to have Prince Harry and Meghan" at the show. Meghan also saw "Hamilton" in New York in 2016 with her friend Priyanka Chopra.

Why was Ronan Farrow axed from 'The Rachel Maddow Show?'

On Friday, Feb. 16, Ronan Farrow was slated to discuss his story about Donald Trump's alleged affair with former Playboy Playmate Karen McDougal on "The Rachel Maddow Show" when he was suddenly axed from the program. And while some insiders tell the New York Post the change came about because of Russia indictment news, others are saying NBC exec Andy Lack ordered Ronan to be cut. According to those sources, Andy's still angry about industry chatter around the reasons for the network's decision not to air Ronan's reporting on the Harvey Weinstein sexual misconduct scandal that ended up bolstering a major sea change in the entertainment industry after it ran in the New Yorker. Ronan has generally declined discussing NBC's refusal to run the story, focusing instead on the details of the producer's alleged behavior.

"Gypsy" costars and real-life couple Naomi Watts and Billy Crudup are apparently still going strong. Although the actors — who played a married couple on the recently canceled Netflix show — have yet to confirm their romance, the Daily Mail spotted the two holding hands again as they left the British Vogue Fashion and Film Party in London on Sunday, Feb. 18. Naomi called time on her 11-year relationship with Liev Schreiber back in 2016. 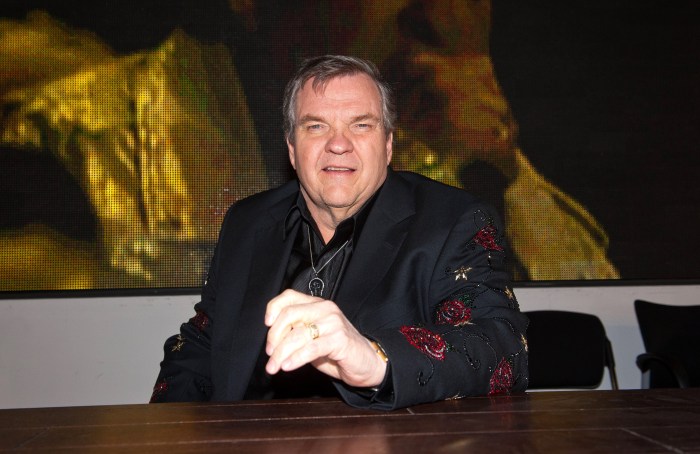