Are Liam Payne and Cheryl Cole planning a wedding?

It was only about a week ago that Liam Payne, 23, and Cheryl Cole, 33, welcomed a child into the world together, and already there's buzz of a wedding in the works. According to Page Six, the couple could be planning to quietly tie the knot following the birth of their newborn son on March 22, but there's no confirmation that they're officially engaged as of yet. Cheryl, who has been married twice before, apparently wants a small affair. According to OK! Magazine, she "doesn't want a circus." But, other sources say that the former One Direction-er does want a big ordeal. In any case, it seems like the new parents are currently focusing on their newborn, born 7 lbs 9 oz. "We are all madly in love and overwhelmingly happy with our little arrival," the proud mom wrote on Instagram next to a photo on March 26.

TV networks in a bidding war over 'American Idol'

Which major TV network will be the lucky winner who gets the rights to "American Idol" for an upcoming reboot? As of now, NBC and FOX are vying over the former hit competition series after placing offers with FremantleMedia, the company who currently owns it. According to TMZ, the decision could be made this week! Sources revealed that both networks are interested in bringing Ryan Seacrest back as the host, but an entirely new panel of judges is likely. In the past, a slew of A-list celebrities had taken over the commentators table including, Jennifer Lopez, Keith Urban, Nicki Minaj, Harry Connick Jr., Steven Tyler and Ellen DeGeneres. The revamped version of the show is rumored to be making a comeback anywhere between the summer of 2018 and 2019.

Michael Strahan, 45, has adjusted into his role on "Good Morning America" since causing quite a splash when he abruptly left "LIVE! with Kelly and Michael" early last year. But according to Page Six, he may be causing some drama at his new job with anchors annoyed that they're treated like "dirt" when he gets special treatment. A source said: "[Michael's] been given a lot of opportunity, flexibility, when the others who have been working there longer don't get that kind of treatment." The insider added that anchor Lara Spencer feels "minimized" by him, but an executive at ABC called the whole thing bogus. "That's just bull—-. They get along great," the network exec said. "She loves having someone with his sense of humor on the show. Michael is lovely with the staff." A rep also claimed that the rumblings were far from the truth: "We've tripled our lead over the 'Today' show [in total viewers]. The show has never been better."

Martha Stewart looks better than ever these days! So, what's the 75-year-old's secret to fighting off the signs of aging? The "Martha Bakes" star broke down her healthy routine during an appearance on "The Dr. Oz Show," which airs on March 29. "I drink green juice every single morning," she revealed. "And I make it out of vegetables that I grow in the greenhouse in the winter, in the garden in the summer, and they're organic vegetables." The lifestyle maven also applies a face mask at 4 a.m. every morning, crawls back into bed and leaves it on until she showers. She also tries to follow a "fish-based" diet and keeps up with her exercise, but credits a lot of her good skin to "good genes."

Zac Efron credits working out to helping him stay sober

Zac Efron, 29, has struggled with his sobriety in the past, but has been on a healthy path as of his 2013 stay in rehab. In the March issue of Men's Fitness, he opened up about how his exercise regimen has helped him stay on the straight and narrow. "When I'm very careful about my fitness and have a goal in mind, it keeps me motivated and balanced," Zac explained via the Daily Mail. "I wake up earlier. I don't feel the need to be out – that kills your day, your hobbies, and your motivation." Working on his latest flick "Baywatch," had him hitting the gym five to six days a week, sometimes twice a day. Zac added: "Balancing sobriety and work and finding that comfortable place where you feel like a good person." It seems like his hot, ripped bod is beneficial to both him and us!

Is Milo Ventimiglia off the market?

"This is Us" hottie Milo Ventimiglia, 39, is reportedly not as single as we though he was. According to sources at In Touch, the actor has been linked up with Kelly Egarian, 31, for just about five months. "He is very protective of her and their relationship," the insider explained. Milo's alleged love, who works as a marketing coordinator for Stella McCartney, has dated in Hollywood before, was previously linked to NSYNC's J.C. Chasez. 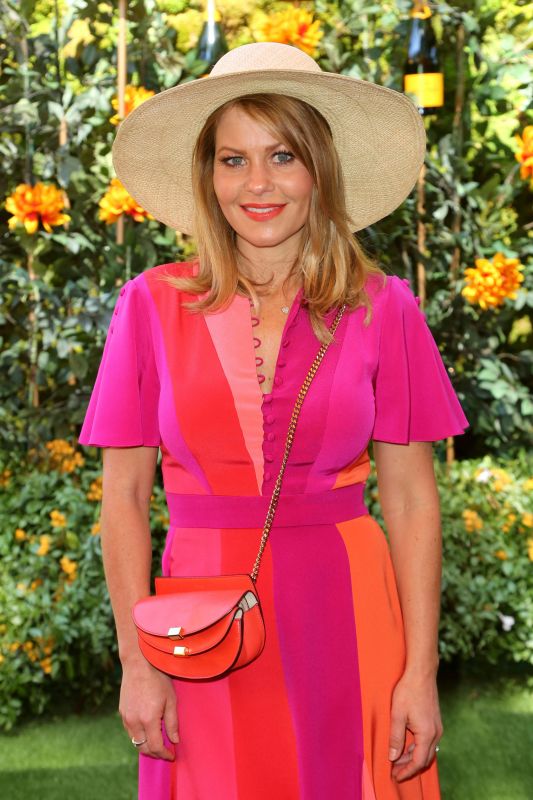 Up Next 'Marriage' issues