Mariah Carey is writing a memoir

Just days after revealing her bipolar diagnosis, Mariah Carey's rep confirms she is writing a memoir. A source told Page Six, who confirmed the news, that the pop singer has been "looking inward." They also revealed that since Carey went public with her mental health struggle on the cover of People Magazine earlier this week, she has felt free. In the cover story, the mom of two shared that she was diagnosed in 2001, but for years lived in "denial and isolation and in constant fear someone would expose" her, she told the mag. She said she is now taking medication for bipolar II disorder and in therapy. A second source explained to Page Six, "At a certain point, the truth will set you free. Hopefully, [being vocal about bipolar disorder] will be freeing for her. When you have people that you were close with, like Whitney and Prince, at a certain point, you look inward and come to terms with whatever demons you have." In addition to working on her memoir, Carey is also planning an upcoming tour and another album — her 15th.

Khloe Kardashian's sisters are doing all that they can to help her during this precarious time. As reported, Khloe's baby daddy, NBA player Tristan Thompson, was caught cheating multiple times during the "Keeping Up With The Kardashian" star's pregnancy. On April 12, two days after the news broke, Khloe gave birth to a still-unnamed baby girl in an Ohio hospital with him by her side. That same day sisters Kim Kardashian West and Kourtney Kardashian flew to be with their younger sister and meet their new niece. While they're already back in Los Angeles, TMZ reports that before their trip they had teamed up to send a gift basket worth thousands to the "Revenge Body by Khloe Kardashian" star, before she gave birth. On Wednesday night they rushed a $5,000 Noitte Fatata custom bassinet from Petit Tresor in Beverly Hills to Ohio. In the bassinet they included Erbaviva's Awaken, Embrace, Breath and Relax bath and body products (valued at around $1,000!) for the new mother and her daughter. Their gift also included blankets, pillows and a robe for the 33-year-old, which are said to be worth $1,500.

RELATED: Khloe Kardashian and Tristan Thompson: A timeline of their whirlwind romance

The competitors of "Dancing With The Stars" season 26 have been announced! Appearing on "Good Morning America," on April 13 were all the Olympians and professional athletes who are competing in this special iteration of the competition. Those competing for the mirror ball include Olympic figure skater Tonya Harding, Olympic softball player Jennie Finch, Olympic snowboarder Jamie Anderson, Olympic figure skaters Mirai Nagasu and Adam Rippon, NFL star Josh Norman, college basketball legend Arike Ogunbowale, Olympic luger Chris Mazdzer, former MLB star Johnny Damon and NBA legend Kareem Abdul-Jabbar. Harding, who was recently immortalized in the biopic "I, Tonya," is expecting that the show will bring her to tears. "It's been a very, very long time since I had people respect me in any way, so that's where the emotion comes in," she said. "If I get a standing ovation or have a huge crowd that does like me, I'll cry. Since I've become a mommy, I have more emotions." The show premieres April 30 on ABC.

Kendra Wilkinson and Hank Baskett are working on their marriage

There may be hope after all! On April 6, Kendra Wilkinson filed from divorce from Hank Baskett after nearly nine years of marriage, however sources tell The Blast that the marriage might not be over. Their sources say the parents of two are "attempting to work things out" and "things are getting better between them." There were already signs the two were not going to have a bitter split. In Baskett's response to Wilkinson's divorce papers, the paperwork was very similar, a sign of a non-contentious divorce. Additionally, days after filing, they reunited to attend their daughter Alijah's first soccer game. Plus, this isn't the first time they've reconciled. In 2014, Baskett reportedly cheated with a transgender model while his wife was eight months pregnant. At one point during that period, the former Playboy model went as far to flush her wedding ring down the toilet. However, the couple ended up reconciling. In the wake of the scandal in 2015, Hugh Hefner's former girlfriend told Us Weekly, "All I can say is I believe Hank. I love Hank. And he's proven to me that he's worth forgiving and fighting for."

Jenna Dewan Tatum is speaking out for the first time since announcing her split from Channing Tatum. The dancer posted her first Instagram post since news broke on April 13. In the photo she wears a white crop top and flow-y white skirt on the beach. She captioned the photo, "Thank you guys for all your love. Love you right back." Proving just how amicable the split is, her ex husband even liked the post. On April 2, the couple, who had been married nearly nine years, announced they were parting ways in matching Instagram posts. "We have lovingly chosen to separate as a couple," the pair wrote. "We fell deeply in love so many years ago and have had a magical journey together. Absolutely nothing has changed about how much we love one another, but love is a beautiful adventure that is taking us on different paths for now."

Jason Sudeikis and Olivia Wilde may be raising a little prince of pop! In a new interview on "The Ellen Degeneres Show," which airs on April 13, the actor admitted his oldest child is in a "Michael Jackson phase." As Sudeikis explained it, the obsession is "fantastic" because "you both get great tunes and then also amazing videos." In particular, he said, the 3-year-old enjoys watching the "Scream" video starring Michael and Janet Jackson. "He loves dancing and he's seen the video probably like four times only, but listens to the song all the time and will do the choreography." The actor also added that watching the famous Jackson siblings is helping his son understand his little sister, Daisy. While now the 18-month-old is mostly just putting her older brother's toys in her mouth, Sudeikis said he's learned, "oh my little sister might be useful to me somewhere down the road. He recognizes that." After watching a clip of Otis dancing, DeGeneres presented Sudeikis with a gift to enhance future videos — matching "Scream" costumes for his children.

Caitlyn Jenner has no plans to visit Khloe Kardashian's daughter

Caitlyn Jenner has no plans to visit Khloe Kardashian and her new daughter in Cleveland. While Kardashian recovers from giving birth and grapples with the news that her baby daddy Tristan Thompson was caught cheating on multiple occasions, she will not be seeing her former stepfather Jenner. According to a report on The Blast, sources say that Jenner has no intention of meeting the newest member of the Kardashian-Jenner clan. It's not totally surprising, given that since Jenner announced she was transgender, she and Kardashian have had a rocky relationship, despite being very close beforehand. Kardashian took the news the hardest and was shook even more when Jenner's tell-all criticized her family, including Kardashian's mother Kris Jenner.

Prince Harry and Meghan Markle can cross one more thing off their wedding to-do list! On April 13, Kensington Palace announced on Twitter that the photographer who took the couple's stunning engagement photos, Alexi Lubomirski, will be the royal wedding's official photographer. The New York-based photographer, who was born in England, has plenty of experience with big moments, having spent four years working as famed fashion photographer Mario Testino's assistant. He spoke about landing the gig, saying, "I could not be more thrilled or honored to photograph this historic occasion. Having taken Prince Harry and Ms. Markle's engagement photos, it brings me such joy to be able to witness again, the next chapter in this wonderful love story." The royal wedding is quickly approaching, with the duo set to say their vows on May 19.

On the April 12 episode of "Jersey Shore Family Vacation" Jenni "JWoww" Farley shared hat she suffered a miscarriage seven years ago, just before the crew started filming season 4 of "Jersey Shore" in Florence, Italy. "Right before Italy, like three or four weeks before Italy, my grandmother passed. And me and Roger [Mathews] actually lost a baby, like I ended up pregnant. Not a lot of people know," the 32-year-old revealed, telling Mike "The Situation" Sorrentino that she was a "mess" during filming, which took place in spring 2011. She also shared that she was on medication after the miscarriage, explaining that she "couldn't handle life," so she took downers like Xanax (which made her "so groggy") and uppers to counteract them. Farley is now a mother of two with now-husband Matthews. They welcomed daughter Meilani in 2014, and son Grayson in 2016.

Mason Ramsey, who went viral for a video of him yodeling at Walmart, is the latest act on the Coachella lineup. Well, sort of. The 11-year-old from Golconda, Illinois will be sharing the stage with some of the biggest acts. On April 13, day one of the festival, he will perform with up-and-coming DJ Whethan, according to a report on TMZ. On April 3, Whethan tweeted about Ramsey, writing, "stop saying I look like the walmart yodel kid." But Whethan isn't the only act that wants to feature Ramsey. Post Malone reportedly reached out, but Ramsey has a conflict during his Saturday set time, as he'll be at the Grand Ole Opry! However, TMZ says Ramsey's team is still trying to make it work for weekend #2 of the festival. Ramsey, whose performance of Hank Williams' "Lovesick Blues" at an Illinois Walmart blew up on the internet, confirmed his Coachella appearance on Instagram on Friday, writing, "Can't wait to see California again! Hope y'all are ready cause we're bringing the country to @coachella." 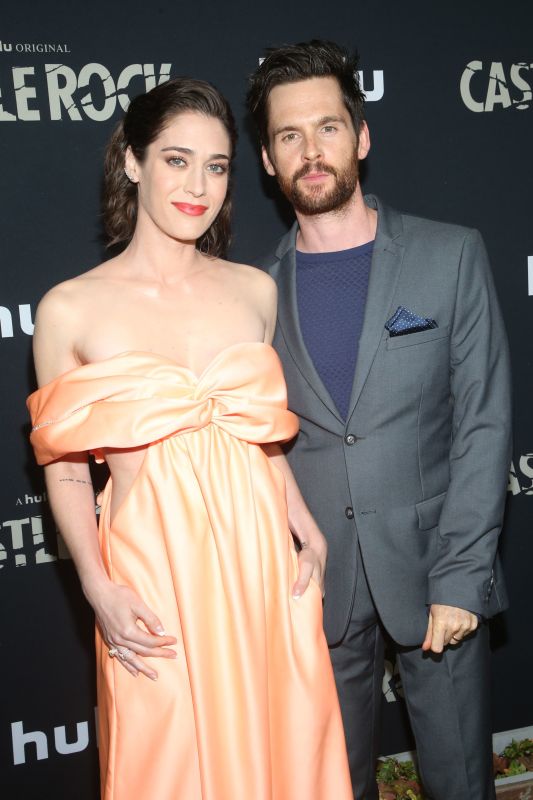