Another "Buffy the Vampire Slayer" alum has spoken out about Joss Whedon's alleged misconduct on the show. After Charisma Carpenter shared a multi-part tweet alleging the director was abusive towards her and created a toxic work environment on Wednesday, Feb. 10, Sarah Michelle Gellar posted on social media that she "stands with all survivors of abuse and am proud of them for speaking out." Shortly after Sarah's post, a third star spoke up. Michelle Trachtenberg, who played Sarah's character's younger sister, shared her former onscreen sibling's post and added her own allegation. "Thank you @sarahmgellar for saying this. I am brave enough now as a 35 year old woman….To repost this," Michelle wrote on Instagram on Wednesday. "Because. This must. Be known. As a teenager. With his not appropriate behavior….very. Not. Appropriate." Charisma's tweets began with the hashtag, #IStandWithRayFisher, a reference to claims the actor made about Joss on the set of "Justice League." In December, WarnerMedia announced that it had conducted an investigation into the allegations, saying, without much more detail, that "remedial action has been taken."

As the coronavirus pandemic drags on, Rihanna appears to have reassessed the priorities within her Fenty empire accordingly. On Wednesday, Feb. 10, LVMH announced Fenty Fashion House, the luxury conglomerate's high fashion collaboration with the singer, will be pressing pause on all activity after less than two years on the market, according to Forbes. On the same day LVMH announced Riri's high fashion designs have been put on hold, the singer's lounge-at-home-friendly lingerie line, Savage x Fenty, announced it's raised $115 million in a new round of financing. The new funds will reportedly be used to help Savage x Fenty expand into retail and possibly launch an athletic line. According to a press release, Savage x Fenty's revenue increased by 200 percent last year. "Savage … is a representation of all," Rihanna said of the inclusivity-oriented brand, "and a validation that everyone is beautiful no matter what." The singer founded the lingerie line in 2018; Fenty Fashion House launched the following year.

Bruce Springsteen has a court date ahead — and good luck finding his new Jeep Super Bowl ad in the meantime. According to TMZ, the 20-time Grammy winner was arrested and hit with a DWI on Nov. 14 at Gateway National Recreation Area in Sandy Hook, New Jersey. The Boss got citations "for DWI, reckless driving and consuming alcohol in a closed area," the outlet reported on Wednesday, Feb. 10. As of Wednesday afternoon, his rep had not commented on the citations, but his Jeep ad, which ran during the Super Bowl over the weekend, appeared to have been taken down from YouTube, according to THR.

Smitten much? In the weeks since Michael B. Jordan and Steve Harvey's daughter, Lori Harvey, went public with their romance, they've quickly become one of Hollywood's Most Loved-Up Couples. That title was on full display on Lori's Instagram Story on Tuesday, Feb. 9, as Michael celebrated his 34th trip around the sun. "It's my baby's birthday," Lori wrote, sharing a series of cute pics of the two and a video of Michael giving her a big, warm smile (via Buzzfeed). "My favorite headache," she joked in a caption. "My big baby, my best friend, my sweet, stubborn crazy a– Aquarius, and the sexiest man alive," gushed the 24-year-old model. "Happyyy Birthdayyy Nugget 🎂. I love you, baby," Lori told her guy, sharing another romantic couples shot. "[I] hope today has been at least half as special as you are," she added. Michael and Lori first confirmed rumors they were an item in January on Instagram.

Why Britney Spears' boyfriend, Sam Asghari, finally spoke out about her father

Britney Spears' boyfriend, Sam Asghari, hit "a breaking point" with Britney's dad that led him to speak out against Jamie Spears' involvement in her life this week. That's according to an ET source, who says, "It seems like the ['Framing Britney Spears'] documentary and the recent support coming from Britney's fans has given [Sam] the strength he needed to finally speak out." On Tuesday, Feb. 9, Sam told followers on his Instagram Story, "I have zero respect for someone trying to control our relationship and constantly throwing obstacles our way," before calling Britney's dad an unprintable word. The insider went to share that Sam "feels like Jamie is far too controlling" and that "there are far too many restrictions." He reportedly wants his girlfriend to "finally be free of the conservatorship." The source also cautions that the people "closest to this situation" feel Jamie is simply looking out for her daughter and that it would be best for everyone if Sam and Jamie could "work out their differences."

Following allegations of physical and mental abuse from multiple exes, Shia LaBeouf has reportedly taken a break from acting while he seeks inpatient treatment. Sources tell Variety Shia is no longer working with his talent agency, CAA, and has instead been getting professional help for the past five weeks. The update comes after Shia's former girlfriend, FKA Twigs, filed a sexual battery and assault lawsuit against him near the end of 2020. In the suit, and in an interview with the New York Times, the singer claimed Shia attacked her violently, multiple times, during their relationship, and inflicted emotional and mental distress on her. On Wednesday, Feb. 10, People reported Shia's legal team has denied "each and every allegation" in her filing and asserted that Twigs has not sustained any injuries as a result of her relationship with the actor. The response further states the case should be dismissed and Twigs should be responsible to cover her ex's legal costs. Another ex, Karolyn Pho, made similar allegations in the suit. In December, Shia responded to the Times' request for comment on the allegations made by Twigs and another ex by saying in an email, "… many of these allegations are not true." In another email, however, he wrote: "I have been abusive to myself and everyone around me for years. I have a history of hurting the people closest to me. I'm ashamed of that history and am sorry to those I hurt." His lawyer, Shawn Holley, told Variety at the time, "Shia needs help and he knows that. We are actively seeking the kind of meaningful, intensive, long-term inpatient treatment that he desperately needs."

"Bachelor" host Chris Harrison is throwing cold water on rumors Katie Thurston's already been cast as the next "Bachelorette." Speaking to Rachel Lindsay on "Extra" this week, Chris explained that despite growing buzz on social media, where Bachelor Nation fans have been begging the franchise to bring Katie back after Matt James eliminated her, no "Bachelorette" casting decision has been made yet. "I promise you this: If we named her the next Bachelorette, I was not there," he said. "We did not name her or anybody the next Bachelorette during the Women Tell All special. And in fact, we didn't even talk about who was the next Bachelorette … unless they started taping in the middle of the night after I left." He added that there's been "a large debate" about who should be cast next. Katie won fans over during here time on "The Bachelor" by advocating against bullying, according to People. She's also said her ideal relationship involves an ambitious guy who will treat her "as an equal."

When singer-songwriter Jason Isbell learned Morgan Wallen's new album got a sales and streaming bump after video leaked that showed him using a racial slur, Jason decided to take action. "So… A portion of this money goes to me, since I wrote 'Cover Me Up,'" Jason tweeted on Wednesday, Feb. 10, sharing a link to an AP story about the sales spike. "I've decided to donate everything I've made so far from this album to the Nashville chapter of the @NAACP," Jason continued. "Thanks for helping out a good cause, folks." As Billboard's editorial director pointed out to People, more fans are likely buying and streaming Morgan's music in part because it's been yanked from radio stations due to the controversial video.

If news of Aaron Rodgers and Shailene Woodley's engagement caught you by surprise, you're not alone. Even the Green Bay Packers star's inner circle apparently thought the relationship was "casual" until Aaron slipped a mention of their big news into his MVP acceptance speech at the NFL Honors ceremony earlier this month. "This isn't like Aaron at all," a source close to Aaron, 37, tells People, explaining that the quarterback is usually so "analytical" and "careful" that he wouldn't jump into a serious relationship immediately after getting out of his last one. "I mean, it really felt like one day he was with Danica Patrick, and then suddenly he was with Shailene," the source said. Aaron and Danica reportedly called it quits last summer, while Shailene, 29, told the New York Times in April that she was single. "It was so fast that at first, we thought she was just a rebound," said the Aaron source. "Everyone thought it was a casual thing because that's what he was telling everyone, even when it was clearly not a casual thing." The insider added that there's been no talk of wedding plans or dates among friends yet, but Aaron is "acting very happy," and he and the "Big Little Lies" star seem "very content and peaceful" together. 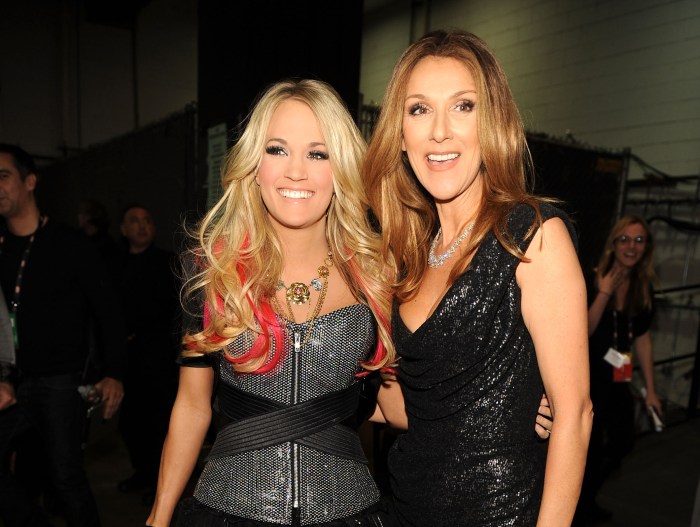 Find out which stars have the most Oscars

Why Katie Holmes, Emilio Vitolo's romance may be cooling off, more news