Emma Stone and Andrew Garfield need to stop giving us false hope that they could get back together … If it is, indeed false, that is. The pair called it quits last year after three years of dating and as Elle points out, Emma has since said in an interview that she still loves Andrew "very much," while Andrew has stayed quiet on the subject of their relationship. That changed this week when he was asked who he'd want to be stranded on a desert island with during the Hollywood Reporter's actors roundtable. "Emma Stone," Andrew said. Asked why, he explained, "I love Emma. She's all right. She can come."

Kim Kardashian and Kanye West have no plans to breakup, despite rumors

We may never know exactly what caused Kanye West's hospitalization last month, but People's sources are throwing cold water on rumors his strange behavior was caused by an impending split from Kim Kardashian West. "That is not accurate," one source said of the breakup claims. "There are frustrations and problems, like any relationship, but they love each other deeply." Kanye, the source added, is Kim's "best friend and soulmate." The rapper is reportedly out of the hospital and recovering at his house surrounded by Kim and their children, North, 3, and Saint, who celebrates his first birthday on Monday, Dec. 5. "He seems OK and happy to be home. Kim's family is visiting," says the source. Going forward, Yeezus is expected to "receive treatment and help with how to cope with stress" so he can "learn how to better balance his work and family life," according to the insider. Earlier this week, TMZ reported Kanye would not be returning to the stage anytime soon, in spite of previous reports that he'd resume his Saint Pablo tour in early 2017.

Your daily dose of creepy comes courtesy of convicted flasher Mark Revill, a man who's been sending Keira Knightley pictures of cats ("that's you on the right, the stupid looking one, and that's me on the left," he wrote in one letter that includes kitty photos), sending her music like "Fuzzy Kitty Waltz" and drawing chalk arrows pointing to her front door. (Did we mention he recently changed his name to Mark McCattipus? Or that he made "meowing" sounds through her mail slot? Yikes.) Keira, understandably, took him to court over the harassment, according to the Sun (via the New York Post). "This man has caused a lot of ­distress and panic. I'm scared every time I go outside," she said, adding that she fears her daughter could be in danger as well. "We loved living in this borough for two years. My family enjoyed visiting local shops and playing in local parks, and being close to the heartbeat of London. We are now looking to move … outside of the borough. We had hoped our child would go to school here. When I return home I have to look behind me concerned, I don't know who might be in shadows." After admitting he had stalked the actress, Mark was sentenced to eight weeks' suspended jail time. A restraining order was also put on him to protect Keira. Shudder.

In the months since Alexis Arquette died of complications related to AIDS, her family, including her actor siblings David Arquette, Patricia Arquette, Rosanna Arquette and Richmond Arquette, became closer than ever. Speaking to People at the Elizabeth Taylor AIDS Foundation and SAG-AFTRA World Aids Day Panel in Los Angeles this week, David opened up about how he and his relatives are handling their loss. "[My family and I] are doing alright," he said. "Things like that, in the best case scenario, bring families closer together. It definitely did that for us. Rosanna [Arquette] is really spearheading a foundation for Alexis which we're going to announce soon, the next few days." David went on to credit Alexis with teaching him a great deal throughout their lives. "I learned everything from Alexis," David said. "I learned art. I learned comedy. I learned how to be real, to be honest. I learned acceptance, which was a big theme in general. I learned to be myself and own who you are — be true to you." Alexis, who was born Robert Arquette, was an actress, cabaret performer and activist who spoke out frequently about her experience transitioning to a woman. She died at 47 on Sept. 11, 2016.

How much does Gwyneth Paltrow, goop guru, really know about health and lifestyle? That's what Derek Blasberg wanted to figure out when the actress stopped by the latest edition of The Scene's "Derek Does Stuff With a Friend" (via E! News). This time, the "stuff" in question wasn't shopping for organic vegetables or getting a high-end facial; it was giving a facial — and a spray tan — and serving organic food to actual customers, all of which he had Gwyneth do without telling anyone who she was. Their first experiment went down at a salon in Los Angeles, where Gwyneth introduced herself as "Gwendolier" while using a Romanian accent and giving facials to a man and a woman whose eyes were closed the whole time. They eventually opened them, of course. Holy s—! That's awesome," said the giggling woman when she realized who was giving her the facial. The man was equally impressed and complimented Gwyneth on her "Really good Romanian accent!" Next, Gwyneth tried her hand at spray tanning. It didn't really go so well. At the end of the tan session, the woman's skin was drenched in oil. "Well, hello," she said, seemingly unsurprised at who was handling the bronzer. The final segment of the experiment went down with Gwyneth playing waitress at an organic restaurant, where customers recognized her relatively quickly. "Did you just … Did you just see who that …" said one mystified man. A woman, E! Reports, welled up with tears. Kinda like what we would do if we were left dripping with tanning oil …

Liev Schrieber: Naomi Watts and I are very close

Hey Gayle King: Keep your matchmaking skills away from Liev Schreiber. The actor, who split from Naomi Watts earlier this year, appeared on "CBS This Morning" this week and Gayloe King promptly offered to set him up on a date. "No," Liev said (via the New York Post), leaving no room for argument. "I'm busy with a 15-year-old." The comment was a quip about his role in "Les Liaisons Dangereuses," in which he plays a man who sets his romantic sights on a teenage girl. Gayle brought the conversation back to Naomi, asking how the two are doing now that they're separated. "You know, we're parents together," he said. "We'll be together the rest of our lives, no matter what. We're very close, and hopefully that never changes. I don't think it will."

Tom Cruise has not reconnected with Suri, despite report

There's no truth to a National Enquirer report claiming Tom Cruise has reconnected with his 10-year-old daughter, Suri, according to GossipCop, which confirms Tom has not seen the daughter he shares with Katie Holmes in years. The Enquirer had reported Tom and Suri were visiting with one another regularly — and that Tom's interest in Scientology has waned as a result. 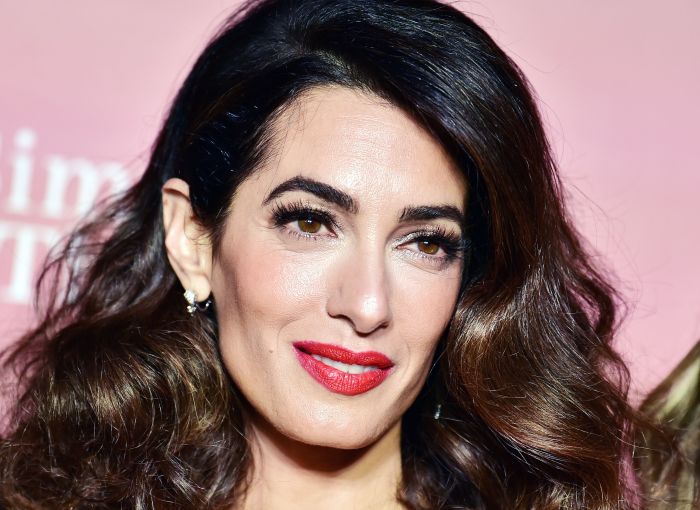