Wonderwall.com is taking a look back at Alec Baldwin's life in pictures. Keep reading to relive his biggest moments…

Alec Baldwin posed for a yearbook photo during his senior year at Berner High School in Massapequa, New York, in 1976.

Alec Baldwin scored his first big break in 1983 starring as Dr. Hal Wexler in "Cutter to Houston." He posed in a promotional photo for the short-lived medical drama that year.

Alec Baldwin's career really took off after he portrayed Joshua Rush on 40 episodes of "Knots Landing" between 1984 and 1985.

Alec Baldwin was a bona fide movie star after he starred in "The Hunt for Red October" in 1990.

Alec Baldwin starred opposite Kim Basinger in "The Marrying Man" in 1991. Their on-screen chemistry was no fluke: They started dating after they connected on set.

Alec Baldwin and Jessica Lange starred in the 1992 Broadway revival of "A Streetcar Named Desire" at the Ethel Barrymore Theatre in New York City. The production was so successful that it spawned a 1995 made-for-TV movie, for which the duo returned. Alec scored a Tony Award nomination for his performance as Stanley Kowalski in the stage play and his first Emmy nomination for his work in the television adaptation.

Alec Baldwin and Kim Basinger waved to the paparazzi after they tied the knot on Aug. 19, 1993.

Alec Baldwin and Kim Basinger welcomed daughter Ireland Baldwin on Oct. 23, 1995. The new parents stepped out with their baby girl in Malibu, California, in 1996.

Kim Basinger and Alec Baldwin looked picture-perfect at the premiere of "I Dreamed of Africa" in New York City on April 18, 2000. Less than a year later, a lawyer for the actress filed divorce papers. The comely couple officially divorced in 2002 but a bitter custody battle for their daughter, Ireland, raged on for years after.

Alec Baldwin starred alongside Maria Bello and William H. Macy in "The Cooler" in 2003. He earned his first Oscar nomination in 2004 for his performance in the film.

In 2006, Alec Baldwin rebranded himself as a serious comedic force with a starring role on "30 Rock" alongside Tina Fey and Tracy Morgan.

Alec Baldwin jumped for joy while posing with his first Emmy. He took home the award for Outstanding Lead Actor in a Comedy Series for his performance in "30 Rock" during the 61st Primetime Emmy Awards in Los Angeles on Sept. 20, 2009.

Alec Baldwin started dating yoga instructor Hilaria Thomas in 2011. They made their red carpet debut as a couple during the 65th annual Tony Awards in New York City on June 12, 2011.

Alec Baldwin and Hilaria Baldwin tied the knot at St. Patrick's Old Cathedral in New York City on June 30, 2012. The avid tweeter marked his 8,000th tweet in August 2012 by sharing a photo from their nuptials. "My 8000th tweet is a smile to @hilariabaldwin," he wrote in the caption.

Alec Baldwin and wife Hilaria welcomed their first child together, daughter Carmen, on Aug. 23, 2013. The duo stepped out with their newborn baby girl in New York City on Sept. 27, 2013.

Alec Baldwin was TV gold when he started his run playing Republican presidential nominee Donald Trump on "Saturday Night Live" during the months leading up to the 2016 election. He continued his widely acclaimed impersonation of the man who's now the 45th President of the United States throughout the 42nd season of "SNL."

On April 10, 2017, a week after its debut, Alec Baldwin posed with a copy of his book, "Nevertheless: A Memoir," in Toronto. 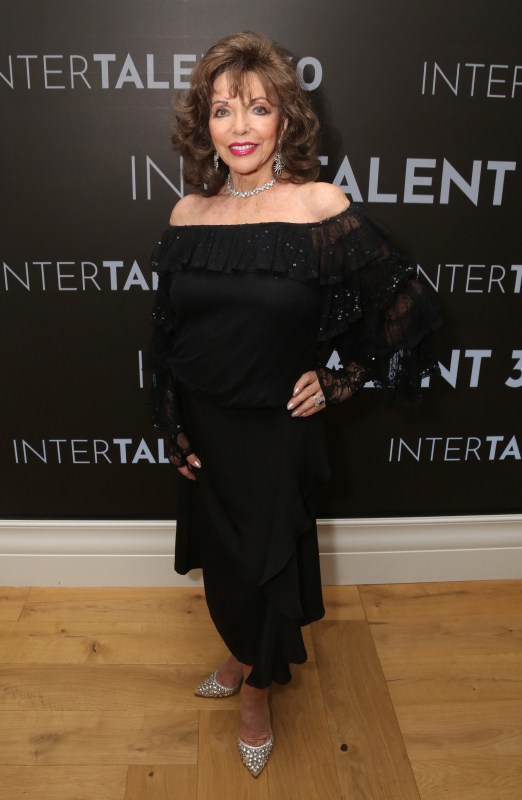