Brooke Shields has captivated audiences and given us all serious beauty goals since she was an infant model. Not only is she (still) one of the most gorgeous women to ever grace magazine covers and movie and TV screens — and one who's dated some of the hottest men in Hollywood — but she's also a dedicated mom and active philanthropist. Her hit sitcom "Suddenly Susan" celebrates the 25th anniversary of its premiere (seen here) on Sept. 19, 2021, so to mark the milestone, Wonderwall.com is looking at some of the biggest moments in Brooke's public life from childhood on caught on camera.

Born on May 31, 1965, to a model mother and a Revlon executive father, it was clear from the get-go that Brooke Shields was no ordinary baby. Talent agencies took note of her crystalline eyes and doll-like features. At just 11 months old, not long after her parents' divorce, she was cast in her first commercial — for Ivory soap — which opened the door to what would eventually become a long career in Hollywood. Brooke is seen here just days before her 13th birthday in 1978.

Although from the outside it seemed that Brooke Shields lived a charmed life — she took ballet, piano and riding lessons as she pursued a modeling career — she later revealed in her 2015 memoir "There Was a Little Girl" that her childhood was plagued by emotional abuse. Her mother, Teri, who had taken the role of managing Brooke's career, was also an alcoholic and a control freak who made life difficult for her daughter. Mother and daughter are seen here in 1980.

In 1978, Brooke Shields starred as a child prostitute in the film "Pretty Baby," which was a source of controversy as people questioned her mother Teri's management decisions and the fact that Brooke, at just 11, appeared sans clothing. Some claimed Brooke was being exploited by her mother, while others saw her work as a breakout performance. She was also rumored to be dating fellow child actor Scott Baio during this time.

In 1978 at 13, Brooke Shields posed for the cover of Seventeen magazine. The same year, fashion designer Calvin Klein launched his denim line and would later hire Brooke to model his jeans, calling her "the most beautiful girl in the world." In 1981, Brooke — seen here in 1979 — famously said in a Calvin Klein ad, "You want to know what comes between me and my Calvins? Nothing." Two networks banned the commercial for being too risque.

In 1980, Brooke Shields starred in "The Blue Lagoon," a film about a young boy and girl who are shipwrecked on a deserted island and must fend for themselves in the wild. Fresh from her "Pretty Baby" scandal, Brooke was again in the spotlight because of her love scenes in the film with co-star Christopher Atkins. Around the same time, she was rumored to be dating actor John Travolta.

Despite her fame, Brooke Shields was committed to completing her education. In 1983, she graduated from Dwight-Englewood preparatory school in Englewood, New Jersey, all while dating royalty (she had a brief romance with Monaco's Prince Albert). Immediately after graduation, Brooke enrolled at prestigious Princeton University, where she later completed a bachelor's degree in romance languages. Here, she's seen posing with her divorced parents, Teri and Frank Shields, on her high school graduation day.

Brooke Shields is seen here in a 1983 portrait.

A young Brooke Shields is seen here arriving at a party hosted by music industry bigwig Quincy Jones in Los Angeles in July 1990.

While Brooke Shields wasn't one to kiss and tell, she revealed in 2014 that when she was 22, she lost her virginity to none other than Superman himself. Brooke met fellow actor Dean Cain while attending Princeton and said the two were instantly smitten. After their intimate encounter, Brooke felt so overwhelmed that she ran out of the bedroom, worried about what her mother would think. She and Dean moved on from the awkward encounter and years later posed for a photo together at a Hollywood event in 1995, seen here.

Brooke Shields is seen here celebrating her 21st birthday at New York's Nishi restaurant in 1986. The same year, she shocked fans and critics when she appeared on the cover of Playboy magazine.

At one time, Brooke Shields considered Michael Jackson to be one of her closest friends. The two met in the early '80s and maintained a strong friendship until 1991, when they drifted apart. Although many believed the pair had dated at some point, Brooke was adamant that they were only friends and once told Rolling Stone magazine that Michael was "asexual" to her. They're seen here posing together at the 1993 Grammys.

After dating Liam Neeson and Michael Bolton in the early '90s, Brooke Shields fell in love with tennis star Andre Agassi in 1993. Around the same time her affair with Andre began heating up, her relationship with mom Teri was in shambles. Shortly before marrying Andre in 1997 (they're seen here together at the 1997 Golden Globe Awards), Brooke fired her mother as her manager after more than 30 years together. In 1999, Brooke and Andre's marriage ended in annulment after he confessed to her that he'd been hiding his crystal meth use for years.

In 1996, Brooke Shields landed the lead role on "Suddenly Susan," a comedy series about a runaway bride who was figuring out single life while writing a weekly column. Brooke, who starred alongside Kathy Griffin, Judd Nelson and Nestor Carbonell, was nominated for two Golden Globes for her performance. The series ended in 2000.

Lady in red! At the 55th Annual Golden Globe Awards in 1998, Brooke Shields arrived looking like an Old Hollywood beauty. That year, she was a nominee for best performance by an actress in a TV comedy or musical series for her work on "Suddenly Susan" — her second nod in a row.

The year after "Suddenly Susan" ended, Brooke Shields stepped out to attend the 2001 American Music Awards.

After a rocky split from Andre Agassi, Brooke Shields found lasting love with Chris Henchy, a writer and film producer. The pair married in 2001 after just eight months of dating. Instead of a big wedding, the couple surprised their closest friends and family with a secretly planned dinner-turned-marriage ceremony on Catalina Island off the coast of California. They're seen here at the GLAAD Media Awards Gala in New York City a few months before their surprise nuptials.

Less than a month before she gave birth to her first child, Brooke Shields' father, Frank Shields, passed away. Daughter Rowan Henchy arrived three weeks later on May 15, 2003. While coping with the loss of her father and raising a newborn, Brooke developed postpartum depression. In 2005, after working through her grief, she published "Down Came the Rain," a book detailing her struggles with postpartum depression. In 2006, Brooke gave birth to her second child, a baby girl named Grier.

Motherhood didn't slow down Brooke Shields' acting career. After working on Broadway and appearing on several TV shows, Brooke was ready to take on a network series again. In 2008, she landed the role of Wendy on the NBC drama "Lipstick Jungle," which was based on "Sex and the City" author Candace Bushnell's novel of the same name. Unfortunately, poor ratings caused the show to be canceled after just one season.

Following a long illness related to her dementia, Brooke Shields' mother, Teri Shields, passed away on Oct. 31, 2012. The loss was especially painful for Brooke as she felt she'd never gotten a chance to come to terms with her and her mother's difficult, although deeply loving, relationship. In 2014, Brooke published the memoir "There Was a Little Girl" detailing her difficult early years growing up and working under her mother, whom she described as an alcoholic, but also someone she idolized as a child. Brooke and Teri are pictured here in 2007.

In 2016, it came to light that Brooke Shields had struggled for nearly 30 years to keep away from a persistent stalker named John Rinaldi who'd befriended her mother many years earlier just to get closer to Brooke. The tearful star and her husband detailed odd interactions and unwanted exchanges with a man they claim was emotionally unstable during his trial that June. (Here, Brooke is pictured heading to court to testify.) A judge later sentenced John to 60 days in jail and ordered him to permanently stay away from Brooke and her family.

Brooke Shields continued to stun in her 50s. In March 2017, she shared this Instagram photo of herself in a blue bikini with the caption, "The hard work is starting to pay off," giving fans everywhere major beach-body goals.

Nothing has been more important to Brooke Shields than making sure daughters Rowan and Grier (seen here with Brooke and husband Chris Henchy at a February 2020 movie premiere) had a normal, healthy childhood. Growing up with an alcoholic mother made Brooke acutely aware of how sensitive children are to the problems of their parents. She once told The Guardian she "rules with an iron hand."

Even after two decades of marriage, Brooke Shields and Chris Henchy have remained crazy in love. The actress and the writer-producer are seen here holding hands in New York City in May 2021 — one month after celebrating their 20-year wedding anniversary. Next up for Brooke? She'll voice Vicki Vale on the podcast series "Batman: The Audio Adventures," which debuts in September 2021, and later in the year will star opposite Cary Elwes in the Netflix holiday film "A Castle for Christmas." 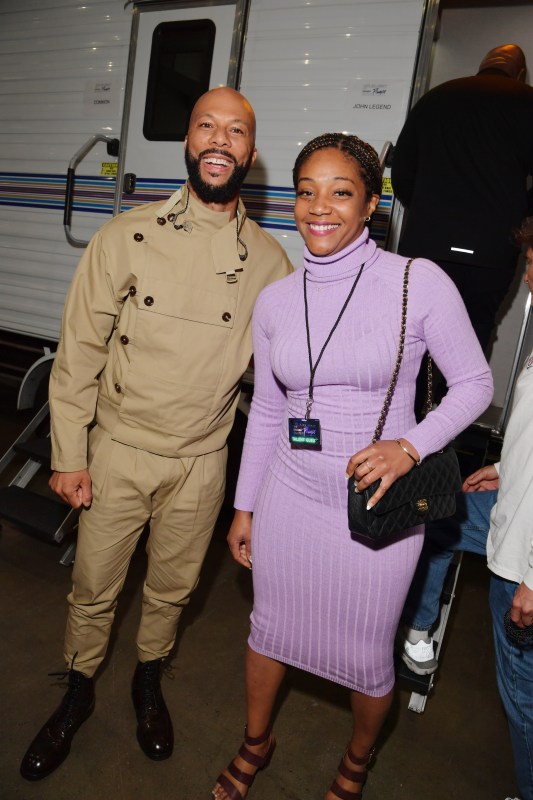